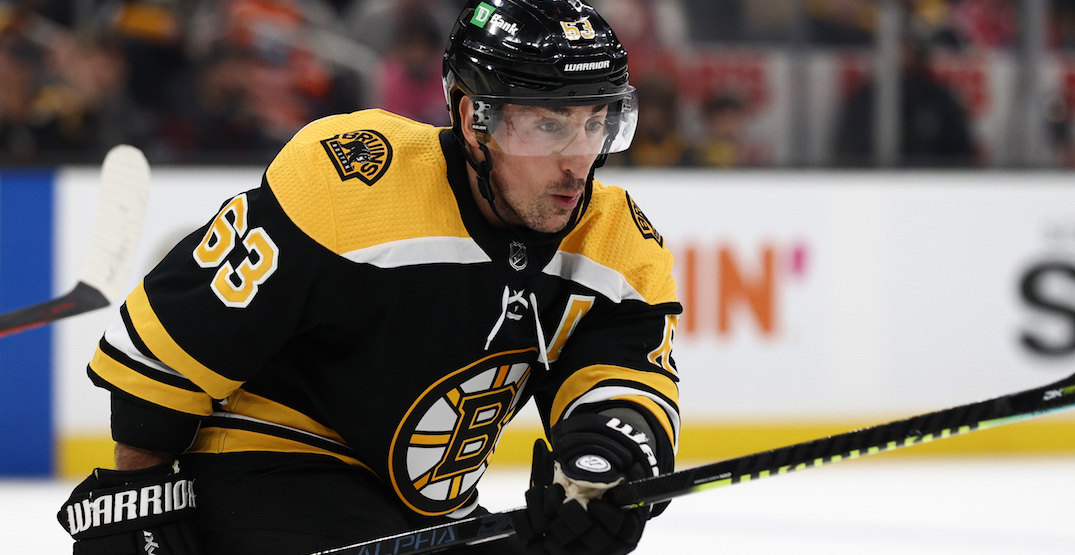 Brad Marchand has been suspended by the NHL for the seventh time in his career.

After a hearing with the NHL’s Department of Player Safety, the Boston Bruins forward has received a three-game suspension.

Marchand slew-footed Vancouver Canucks defenceman Oliver Ekman-Larsson during Sunday night’s game. The act went undetected by the referees, but not by Sportsnet’s John Garrett, who called it a “dangerous, dirty play.”

The NHL Department of Player Safety released a video explaining the suspension, calling it a “dangerous” play. The video noted that Marchand kicked out Ekman-Larsson’s right leg while using his upper body to cause the Canucks blueliner to “fall dangerously to the ice.”

This is the second time Marchand has been suspended for slew-footing, and it isn’t the first time he has received a multi-game ban for something he’s done to a Canucks player. Back in 2012, Marchand received a five-game suspension for a low-bridge hit on Sami Salo in the game famously dubbed “Game 8.”

Unfortunately for the Canucks, this suspension doesn’t do much for them. Marchand went on to score the tying goal and assist on the game-winner, as Vancouver lost for the ninth time in 10 games. The Canucks now have the fourth-worst record in the NHL by points percentage, and can slip to third-worst if they lose to the Montreal Canadiens tonight.