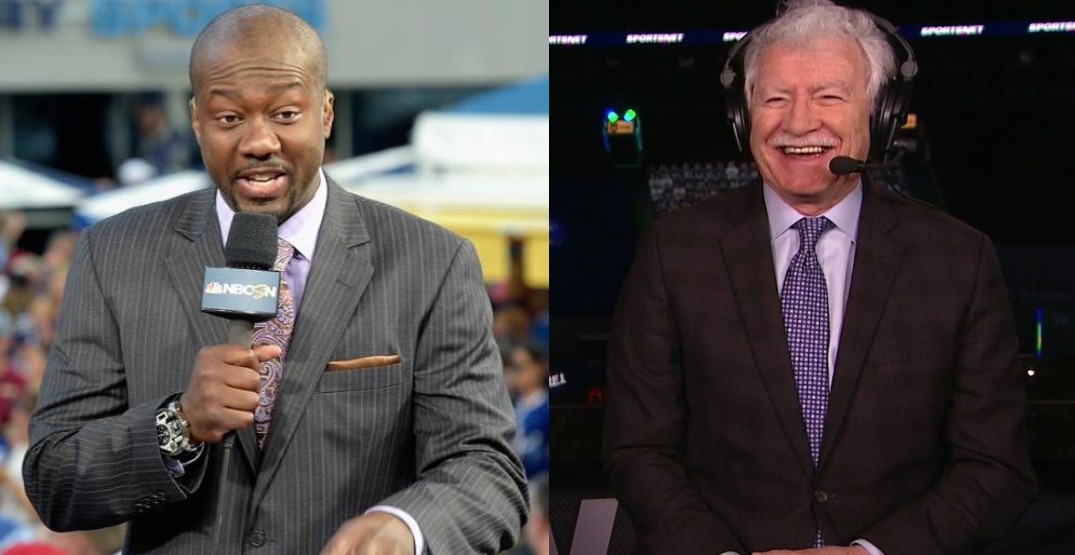 Former Vancouver Canucks winger Anson Carter, now an analyst with TNT’s coverage of the NHL, called out a “Canucks game analyst” after Sunday night’s Canucks-Bruins game. Carter contends that the Canucks analyst, who is John Garrett of Sportsnet, said he “hated Brad Marchand” during the broadcast.

Carter said it’s part of a larger issue of some media coverage in Canada being “always personal.”

“Canadian hockey fans wonder why [NHL] players don’t want to play in Canada,” Carter tweeted. “It’s because it’s not just about the game. It’s always personal with some of the media coverage there.”

I did not say hate. I did not like the slew foot and talked about how he plays much bigger than he is. He was the best player on the ice. I hope you watched our game.

Garrett, who rarely tweets, and when he does, it’s usually related to food, felt compelled to respond.

“I did not say hate,” Garrett said. “I did not like the slew foot and talked about how he plays much bigger than he is. He was the best player on the ice. I hope you watched our game.”

Marchand was a force during the game, scoring the tying goal and assisting on David Pastrnak’s game-winner, which handed the Canucks their ninth loss in their last 10 games. The Bruins star threw a number of big hits in the game but also slew-footed Oliver Ekman-Larsson.

Garrett called it a “dangerous, dirty play” on the broadcast, and it appears the NHL may agree. Marchand has a hearing with the Department of Player Safety and could receive a fine or a suspension as a result.

Carter has a complicated history with the Canucks. His lone season in Vancouver was outstanding, as he became a fan favourite, scoring 33 goals on a line with Henrik and Daniel Sedin. But when Carter left as a free agent, many fans turned on him, and 15 years later, there are some that still troll him about it.

🤣🤣🤣you’re right it’s 2021!! I loved it there I have no idea why I’m STILL on their mind after only one year. Real @Canucks fans never bring up the Sedins. Both are great peeps. Only the trolls haven’t moved on or haven’t read this before I guess 👇🏾🤷🏾‍♂️https://t.co/ObXHg5ucrl