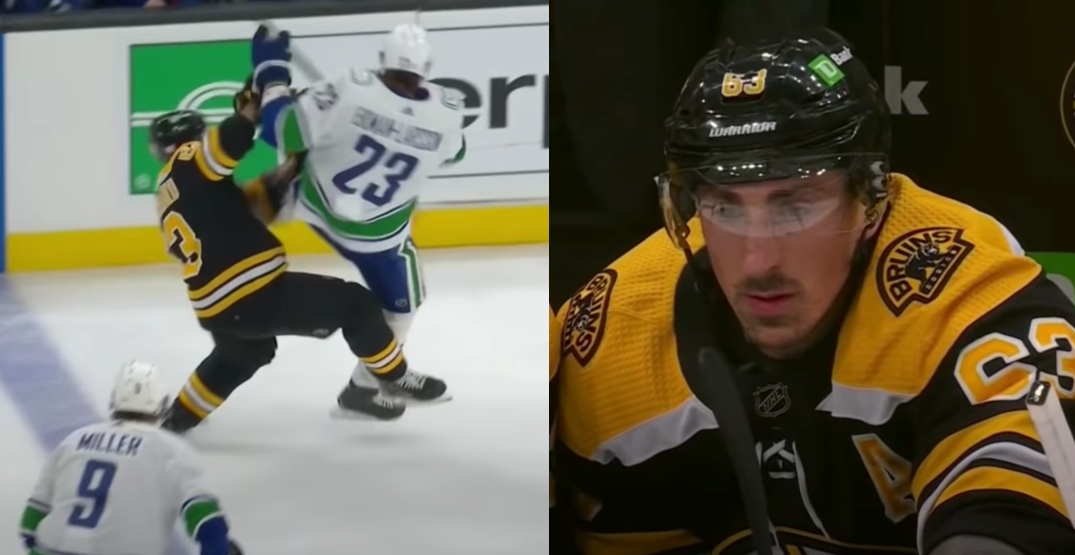 Longtime Vancouver Canucks nemesis Brad Marchand is at it again.

Marchand has a hearing with the NHL Department of Player Safety today for slew-footing Oliver Ekman-Larsson during Sunday night’s game in Boston. The Bruins star could be facing a suspension or a fine for the play, which happened at 1:10 into the first period and went unpenalized.

With Ekman-Larsson already off-balance and in a dangerous position a few feet away from the boards, Marchand kicked the Canucks defenceman’s right leg out from under him. The act caused Ekman-Larsson to fall backwards onto the ice, which could have resulted in a serious injury.

Luckily for Vancouver, Ekman-Larsson was uninjured in the play.

There has already been one suspension in the NHL this season for slew-footing, as Kevin Lebanc of the San Jose Sharks was given a one-game ban earlier this month.

Marchand has been suspended six times in his career for a total of 19 games and has been fined on three occasions. The longest suspension he has received came in 2012 for a dirty low-bridge hit on Sami Salo in a game against the Canucks.