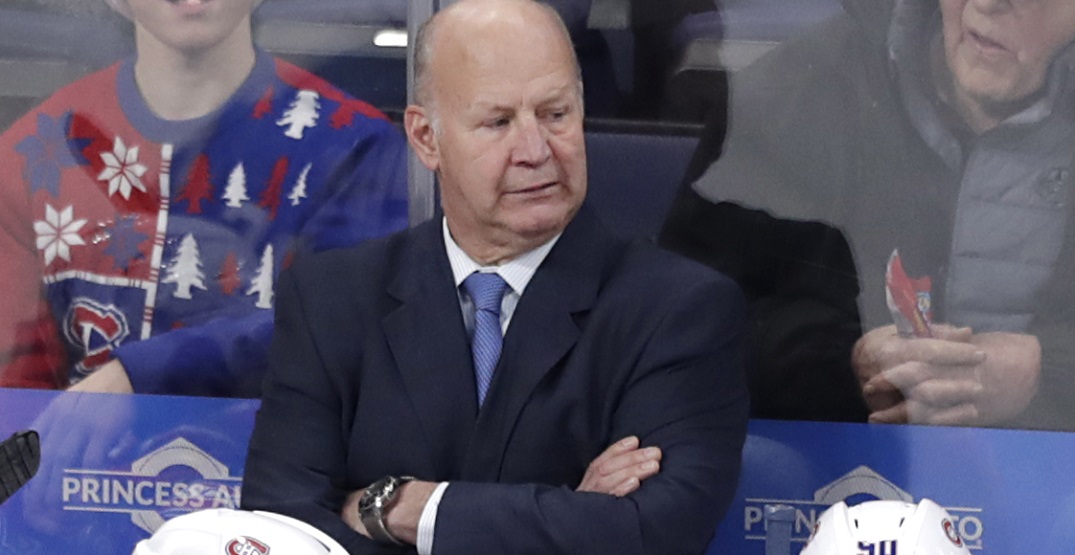 Add Claude Julien to the list of names that have been dangled as the Vancouver Canucks’ next head coach.

While Travis Green is still in the role, it seems like a forgone conclusion that he’ll be out the door soon enough.

Sportsnet’s Elliotte Friedman floated on Saturday night’s Hockey Night in Canada broadcast that the Canucks were interested in Julien, who led the Bruins to the 2011 Stanley Cup over Vancouver and most recently coached in the NHL for the Montreal Canadiens last season, before being replaced by Dominique Ducharme.

The Canadiens are still paying Julien the remainder of his contract, which expires after this year.

“[The Canucks] had permission to talk to Claude Julien,” Friedman said during the segment. “They thought about it, [but] I don’t think they’re going down that road.”

The Athletic’s Thomas Drance added that the Canadiens granted Vancouver permission to talk to Julien was granted “a considerable time ago.”

It’s an odd situation where Green is just as busy out shutting down rumours of locker room rifts as he is coaching the team, but it looks like the team is actively looking for his replacement in the process.

Barring a miracle, it seems like 2021-22 is another lost year for the Canucks. They currently sit eighth place in the Pacific Division, with their playoff chances sitting at just 8.5%, per MoneyPuck.com.

Friedman also mentioned that the organization was considering Scott Walker, who had worked in player development roles for the Canucks from 2015 to 2019.

But it doesn’t appear like the Canucks are looking to rush their new hire. For now, Green seems likely to stay in charge for the immediate future.

“I’ve been told that nothing long-term will be done until they are convinced they have the right person or people for those spots,” Friedman said. “I’m told don’t guess on a timeline, because they’re not rushing to do anything permanent.”