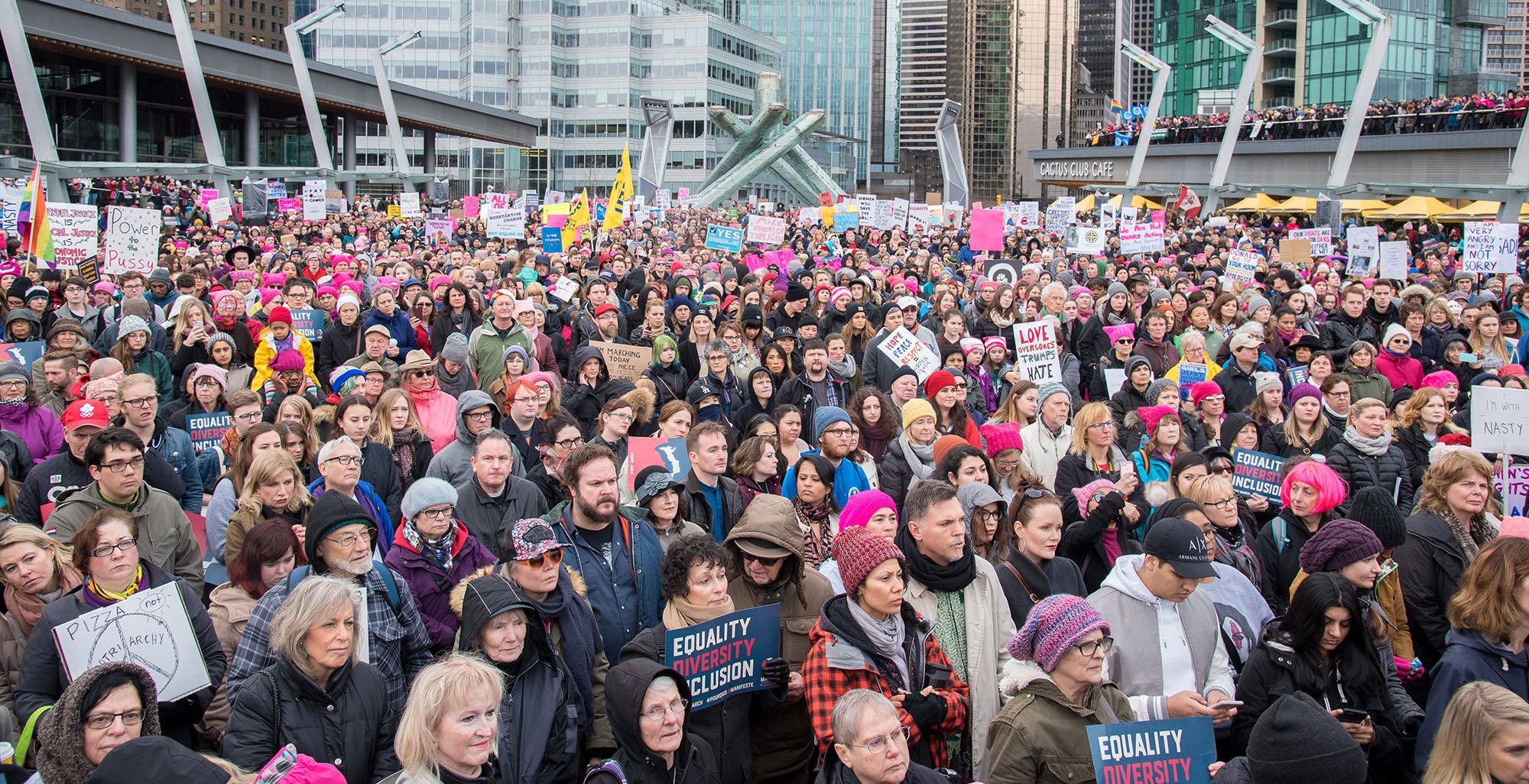 The Women's March in 2017 (Emilia Orren at PhotoByEGO)

One year after tens of thousands of people took to Vancouver’s streets to support the huge Women’s March in Washington DC, the resistance is back.

March On Vancouver will kick off at Jack Poole Plaza on Saturday, January 20, and everyone is invited to come stand up against inequality once again.

The event is being organized by two of last year’s march organizers and other grassroots groups, in collaboration with the national Women’s March group. March co-organizer Boo Geyer told Daily Hive they are focusing on defending marginalized voices, women’s workplace equity, and the #MeToo phenomenon.

“In Canada, we still have a lot of unanswered questions around murdered and missing indigenous women,” she said.

“We still have major issues around women’s equality in the workplace, we have a rising trend of white nationalism coming up in Canada.” 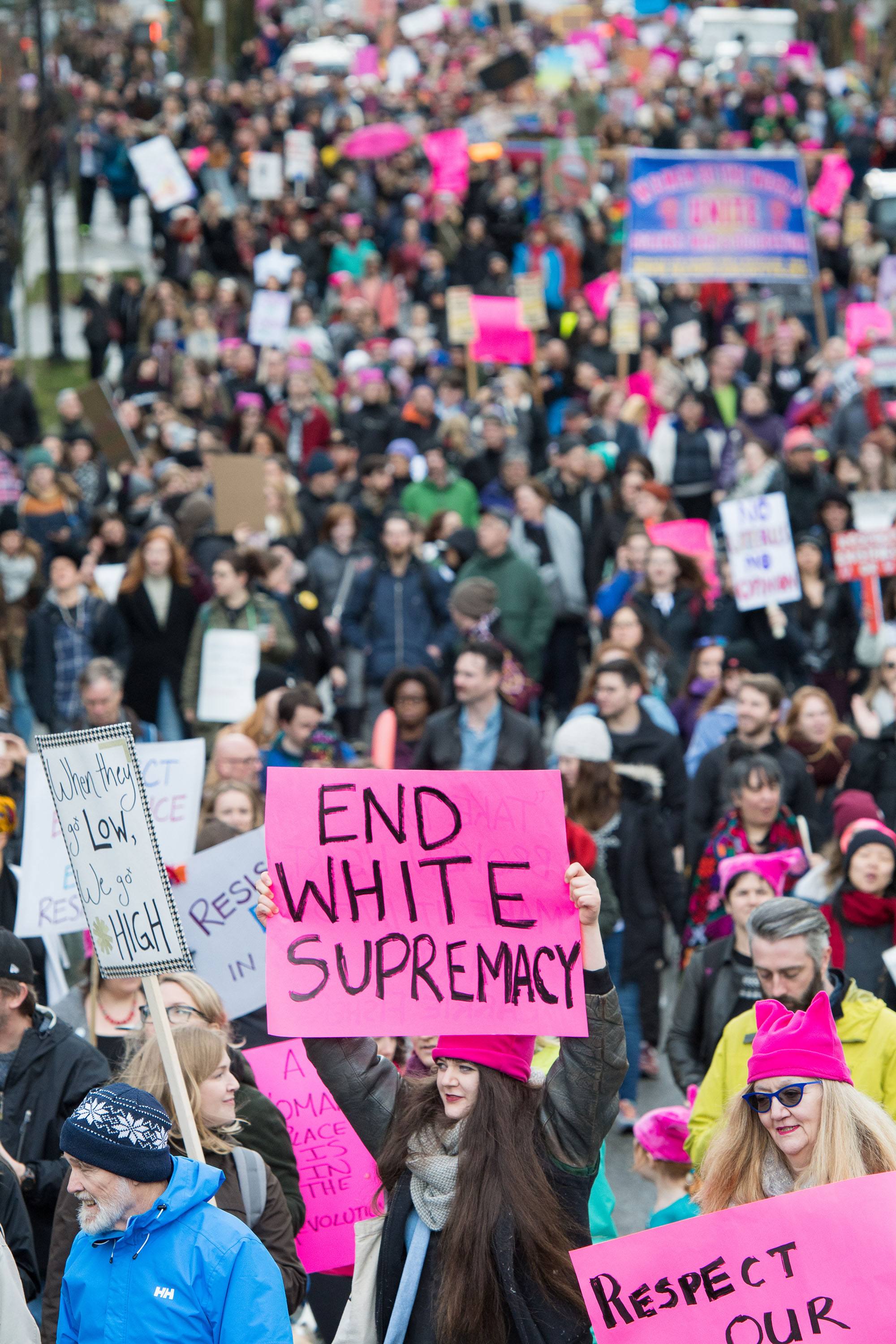 The original Women’s March in Vancouver was prompted by the inauguration of Donald Trump as US President after a campaign full of misogynistic rhetoric.

This year’s March On Vancouver is no different. Geyer, who is a US citizen living in Canada, said the group is still protesting the “global unrest” caused by Trump’s presidency.

“[It’s] the collective threat of the Trump presidency, what it means to the world in terms of white nationalism, misogyny, an imbalance of power, the wealthiest get wealthier,” she said.

‘Everybody is welcome’ at this year’s march

Geyer said tens of thousands of people are expected to join the march, which will feature a diverse speakers lineup, with live music and professional dancing.

“Everybody is welcome,” she said, encouraging men to attend too. “Last year, there [were] many brothers and fathers and boyfriends and husbands at the march.”

“This movement can’t be done by women alone and it’s important that men realize that the resistance is their responsibility as well.” 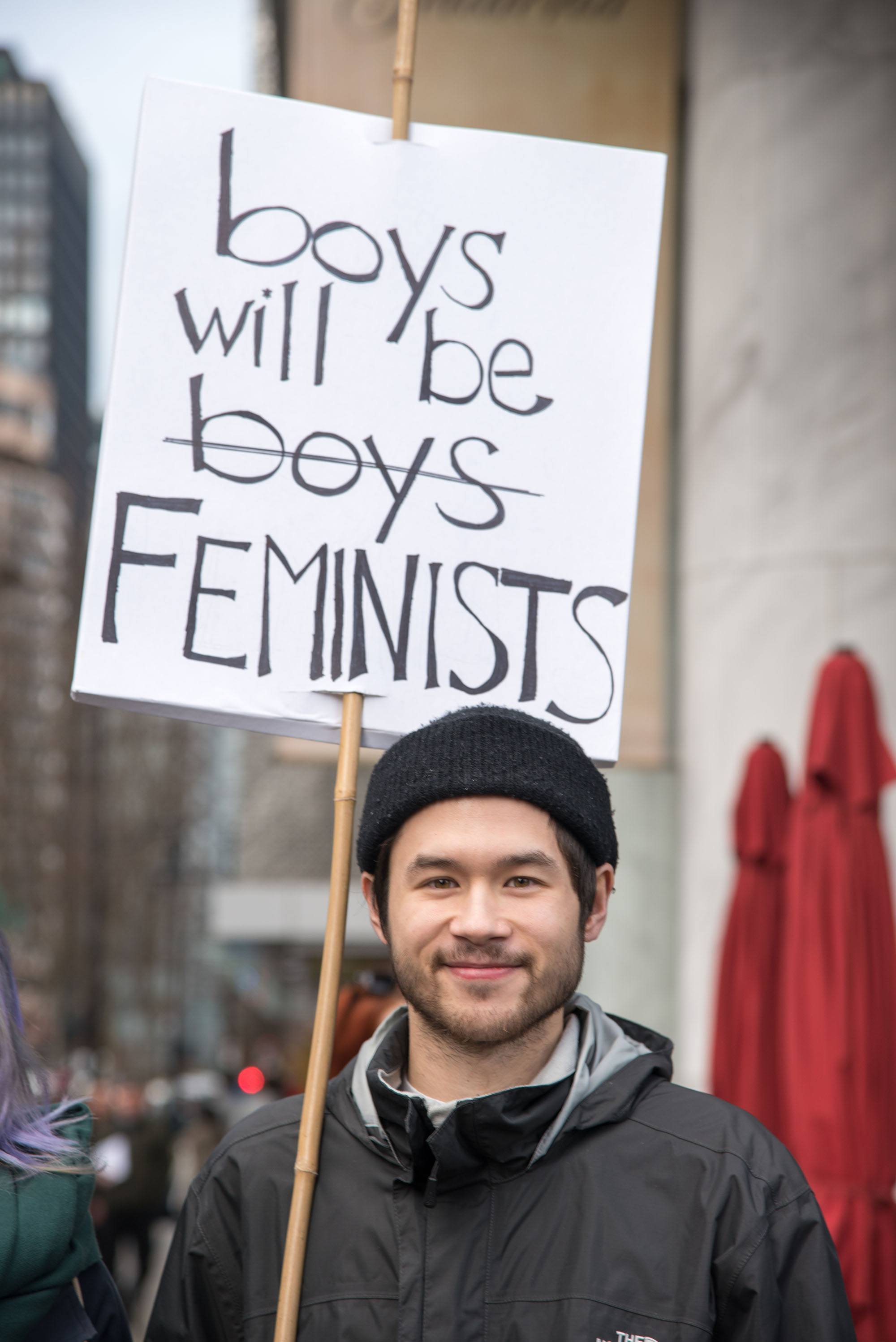 The route will be the same as last year, with everyone meeting at Jack Poole Plaza, marching to Trump Tower, then returning to the plaza for closing ceremonies.

“We have probably the biggest group of First Nations indigenous drummers leading the march,” said Geyer.

“[That’s] keeping with our theme of representing disenfranchised and underrepresented peoples.”

In the aftermath of last year’s march, organizers were criticized for not being inclusive and intersectional enough.

Geyer, who was among those criticized after last year’s march, said she’s thankful for that experience and took a lot away from those discussions.

“This year our speaker lineup and organizing committee is a lot more diverse, far more intersectional,” she said.

“We live in a very multicultural city and I feel that we’ve been able to tap into all the amazing experience of all the different groups to bring to this march.”

Geyer said that Black Lives Matter Vancouver, who were among the loudest critics of last year’s march, have been invited to speak and a place held for them, but they are not yet confirmed.

‘A huge groundswell of grassroots resistance’ 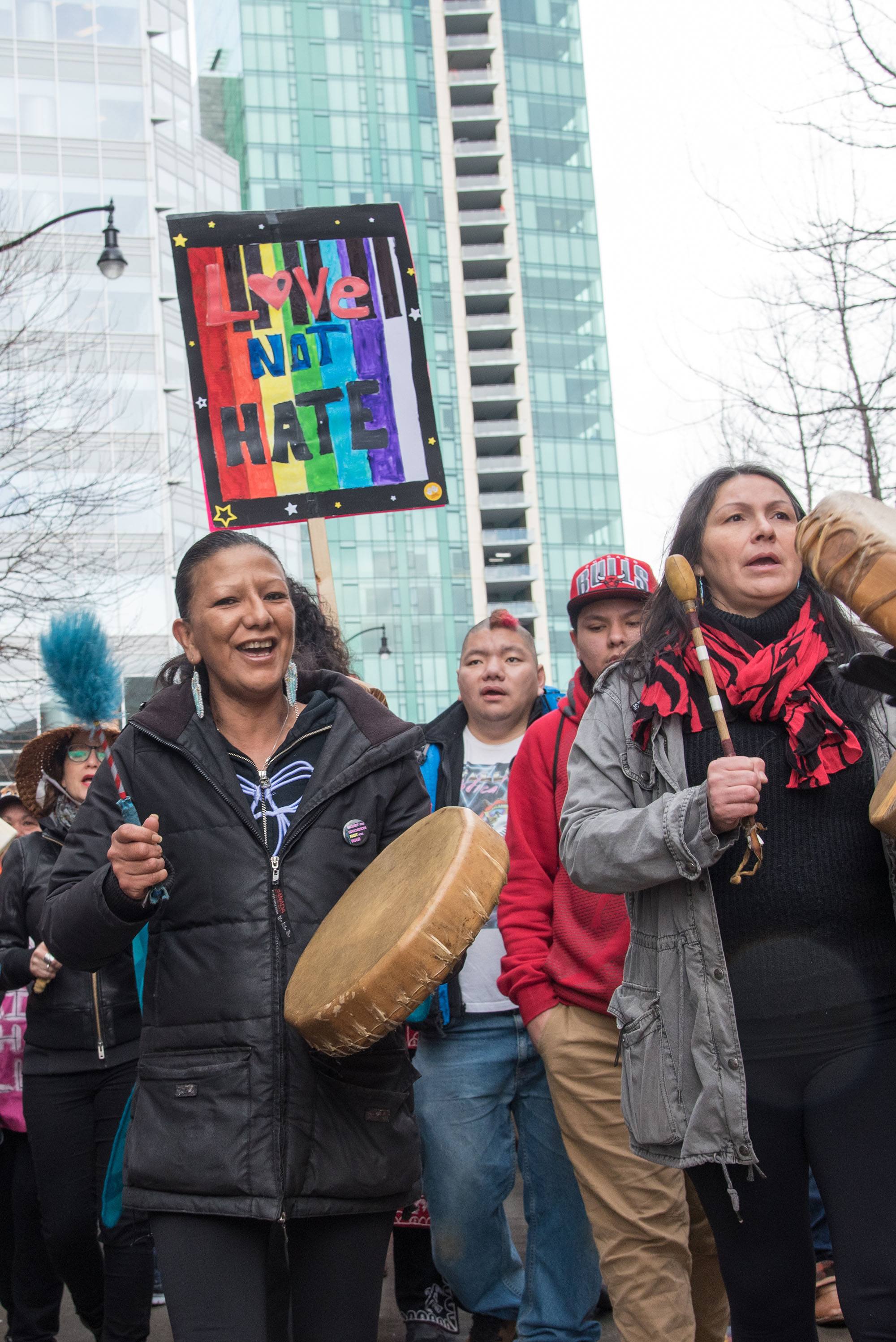 Looking back, Geyer said a lot has been achieved since last year’s Women’s March, both because of the march itself, as well as other movements around the world.

“There are more women running for office across North America than in history, so that is something that has come out of the Women’s March last year,” she said.

“And there’s huge groundswell of grassroots resistance across North America.”

Geyer said grassroots groups like March On are an example of the positive change that’s happened in the last year.

“It’s a positive feeling. There’s also a great sense of anger and frustration at movements like the white nationalists in Canada and the US,” she said.

“But the resistance that’s standing up to this misogynistic, racist, xenophobic backlash that’s been the result of Trump and other nationalist movements, has been amazing.” 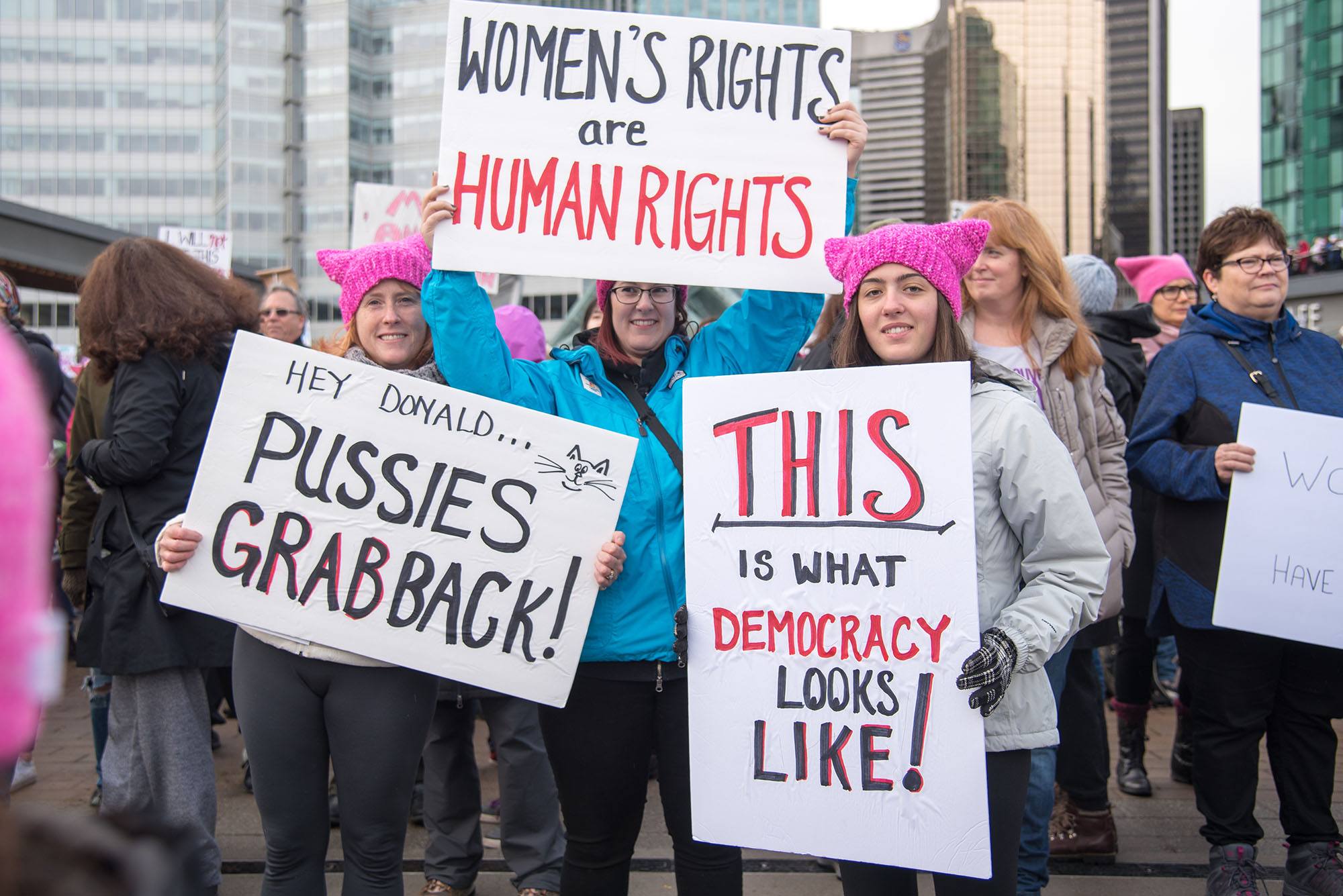 Geyer also hails the #metoo movement of speaking out about misogyny in Hollywood and beyond, and said the founder, Tarana Burke, hasn’t received the kudos she deserves.

“The #metoo movement has really sparked a true fire change in employment, in media, in Hollywood, all the way up to the highest ranks of government,” she said.

“All over corporations and groups of people are taking a stand and siding with the women around them and listening to their voices and hearing them.

Geyer said she believes the #metoo movement has been a “great tidal wave of activism” across North America.

“So there’s a positive in that sense, we’re more organized and on fire than ever,” she said.

‘This conversation is not over’

The full speaker lineup will be released soon, says Geyer, but they have “people of different cultural groups and identities from across the Vancouver spectrum… it’s really exciting.” 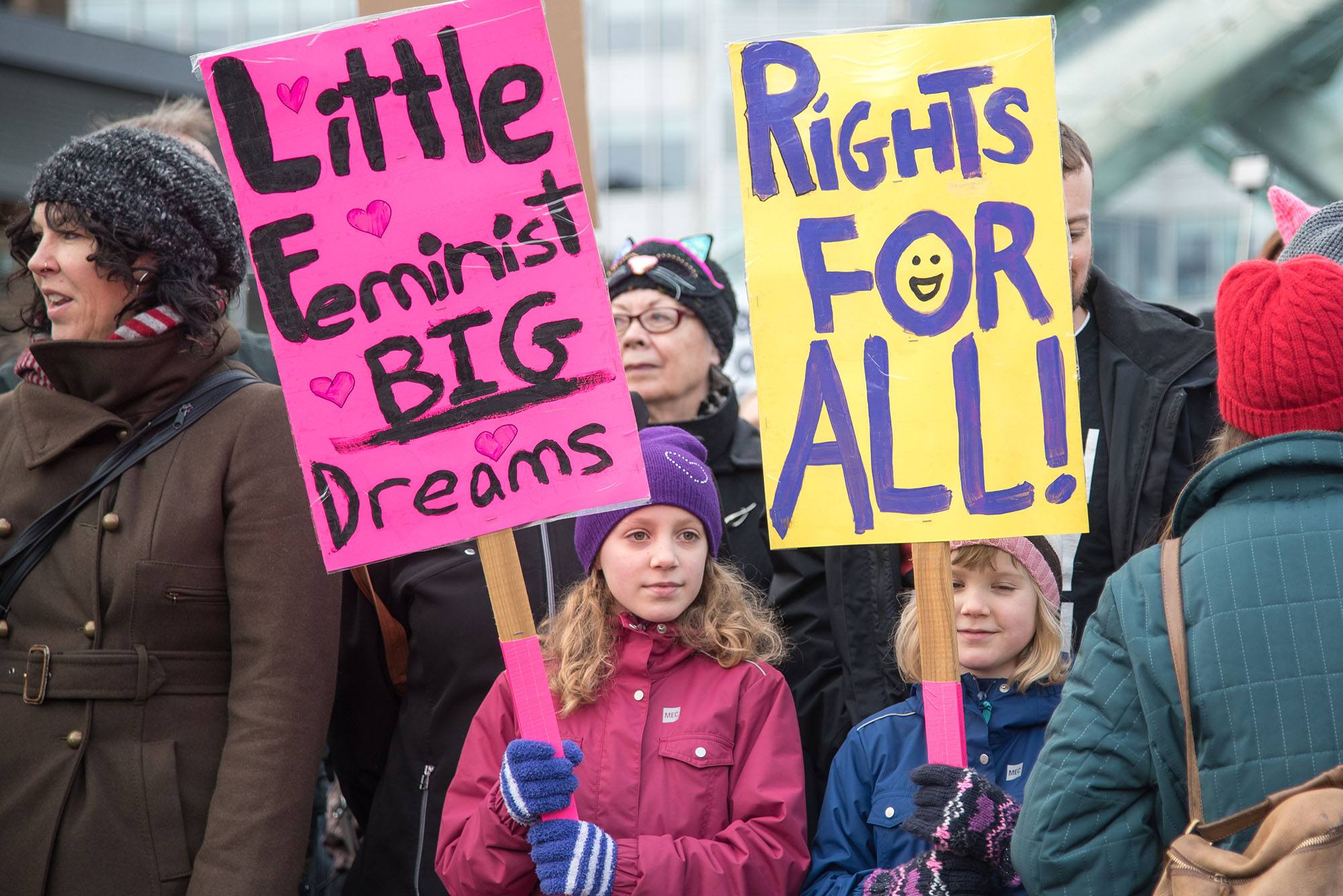 Geyer encourages families to bring their children, and for young people to turn out and fight for what they believe in.

“I think Millennials are fed up. I think they know now that it’s their time… They’re a totally different, far more enlightened, accommodating group of people.”

In the end, Geyer said they hope everyone, regardless of gender or age, comes out for the March On Vancouver.

“We have to get out there and talk about issues like gender inequality and #metoo – this conversation is not over.” 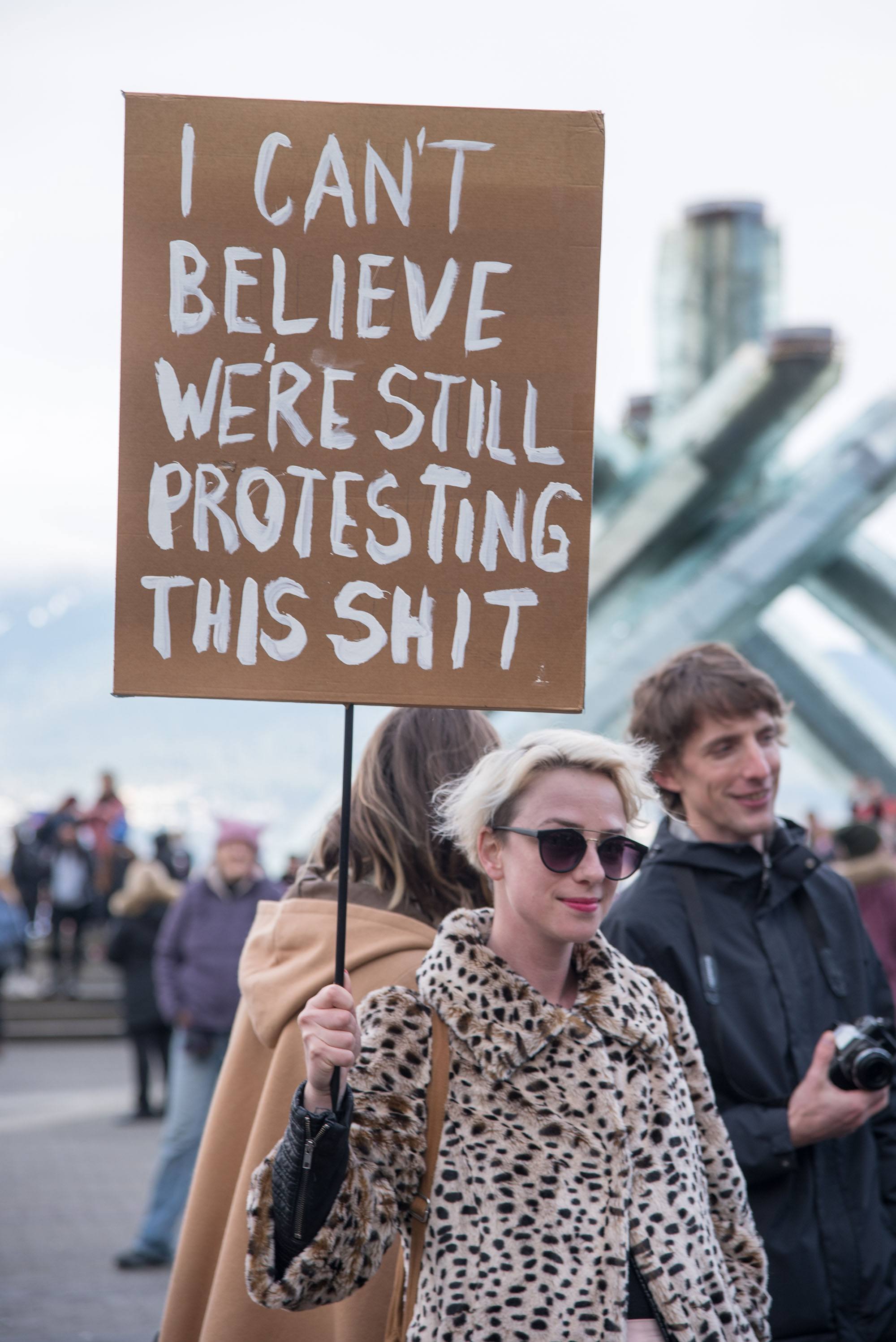