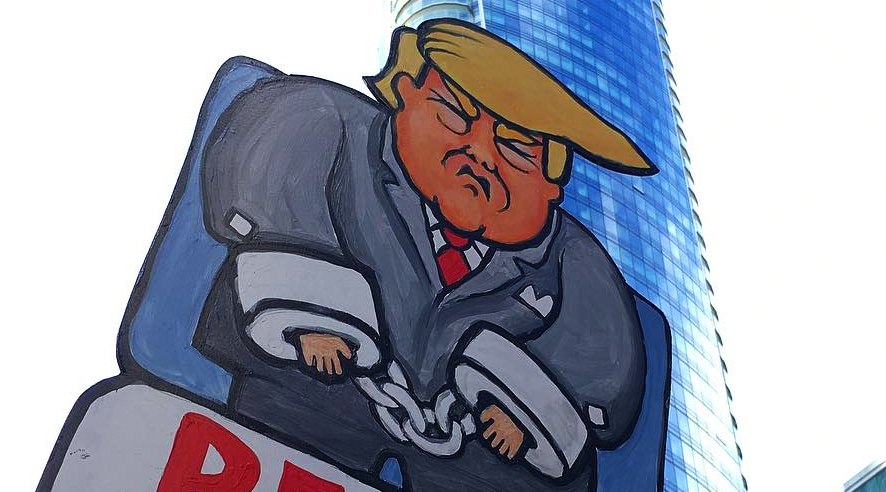 Up to 20,000 flooded the streets of Vancouver on Saturday, in one of many global sister marches being held in solidarity with the Women’s March on Washington.

The Women’s March on Washington aimed to stand up to the kind of misogynistic rhetoric seen during the US election, marching on Donald Trump’s first full day in office.

Hundreds of thousands of people turned out in Washington to declare their support for women’s equality and human rights – and their opposition to Trump.

Meanwhile, here in Vancouver, protestors were loud and proud, with some brilliant signage displaying their solidarity with their American cousins.

Here are some of our favourite signs from the day – bold and brazen, funny and smart, or like this first one, stating the obvious somewhat.

Love this powerful shot from the Vancouver Women’s March. Today we are thankful for all of the women in the past who have fought so we could have the right to vote, attain an education, have a voice and so that we are able to pursue a dream like ElleBox. Without those efforts, we wouldn’t have such an opportunity today. We are thankful to have access to sexual education, birth control and the autonomy to make decisions about our own bodies. Why do you march? Tell us below! 📷 @dunyamedia #WomensMarchVancouver #WomensMarchWashington #WMYVR #WhyIMarch

Sending love & strength to our American neighbours. We’re standing in solidarity with you to stand up against a system of patriarchy, racism, & ongoing colonialism that threatens lives & the planet

A photo posted by Celebrity Celebrator (@celebrateeverydayliterally) on Jan 22, 2017 at 10:59am PST

A woman holds a sign during the Women’s March in downtown Vancouver. #womensmarch #whyimarch #womensmarchvancouver

I promise this is my last pic from the #WomensMarch today. I just wanted to post one of my sign in action because I worked really hard on it last night, you guys!😄 (📷: @mr_bunndini) #FeministAF #wmwyvr #wmwvancouver #feminist #vancouver #vancity #yvr #womensmarchvancouver #strongertogether #whywemarch #sistersofthenorth

Better watch out, her pussy may grab back #womensmarch #womensmarchvancouver #pussygrabsback #Twitler #ladyliberty