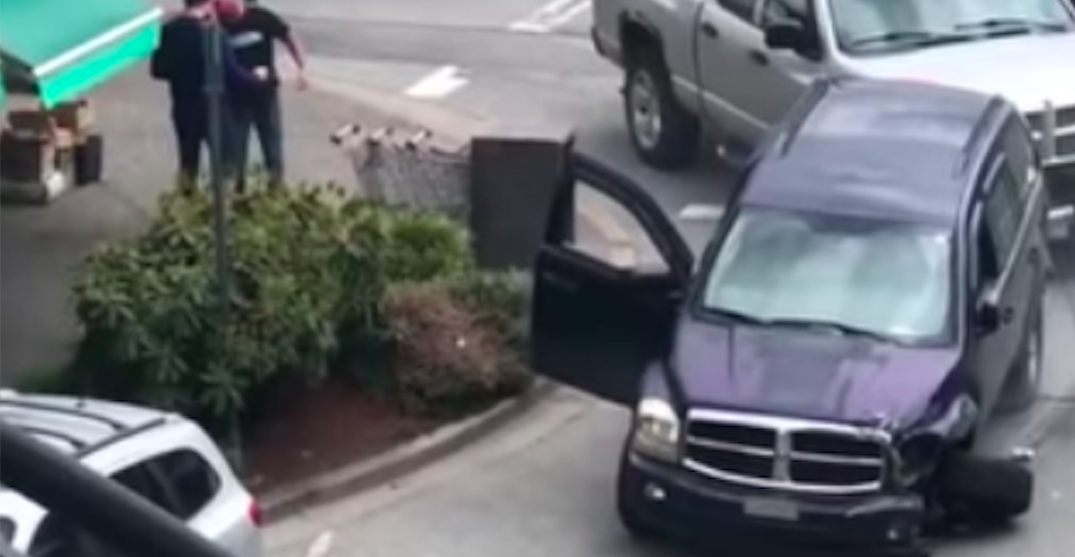 Two brothers were arrested in Maple Ridge on Monday afternoon in what police called a “dangerous and reckless” incident of road rage.

According to Ridge Meadows RCMP, the incident took place around 1:15 pm, when police received “numerous” reports regarding a Grey Dodge pickup truck and a Blue Dodge Durango being driven dangerously and at high rates of speed, while “intentionally ramming their vehicles into each other.”

“The vehicles finally came to a stop at the intersection of 227th Street and 119 Avenue, when two men jumped from the vehicles and began physically fighting on the street,” said Ridge Meadows RCMP Const. Julie Klaussner.

The two cars also crashed into “multiple” unassociated vehicles during the incident.

The two brothers were both arrested at the scene and are now facing multiple charges, police said. They noted that this event is not related to recent gang activity, and no injuries occurred.

Video of the fight was captured and shared on social media.

“These two people were so engrossed in whatever their drama was that they weren’t thinking about any other person other than themselves,” said Klaussner. “Thankfully, no one was seriously injured in this reckless event.”