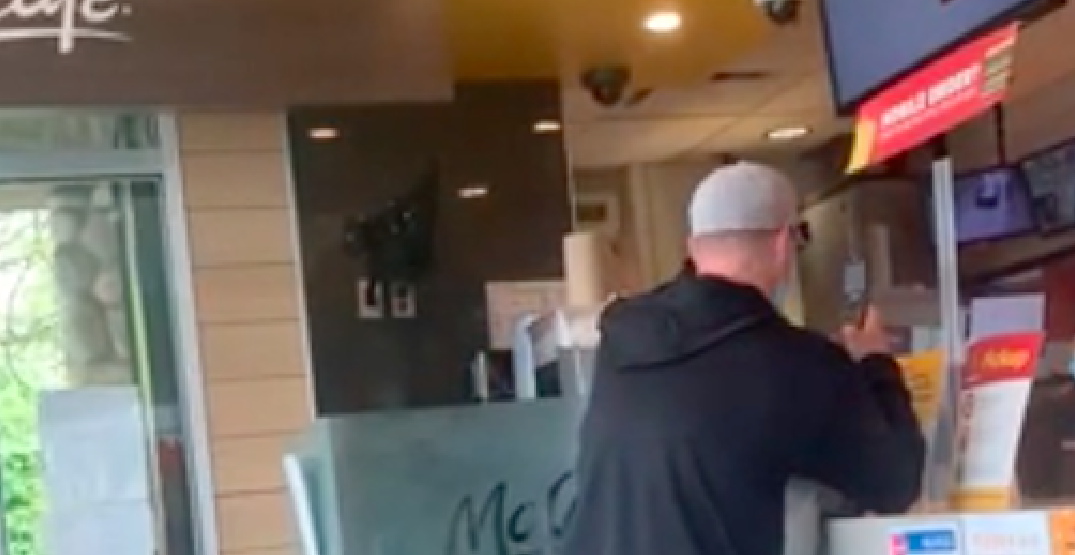 Video of a man berating workers at a Richmond McDonald’s has surfaced on social media.

In the video, the man can be seen growing increasingly irate with the staff while he waits for his food, before simply reaching across the counter and grabbing some takeout bags.

He then hurls profanities at the staff when they ask him to verify his order, before exclaiming that his kids are in the car and telling the workers how much money he makes at his job.

“You’re not my mom. Don’t look at me like that,” he states at one point. “Don’t talk to me like you have authority. You work at McDonald’s.”

The incident reportedly took place at the restaurant’s Ironwood location in Richmond.

Caught at the @McDonaldsCanada Ironwood location in Richmond, B.C.

Don’t be this loser dad👎
No one gives a shit about how much money you make.
You are never entitled to speak to people like this or throw a tantrum like this. Disgusting.