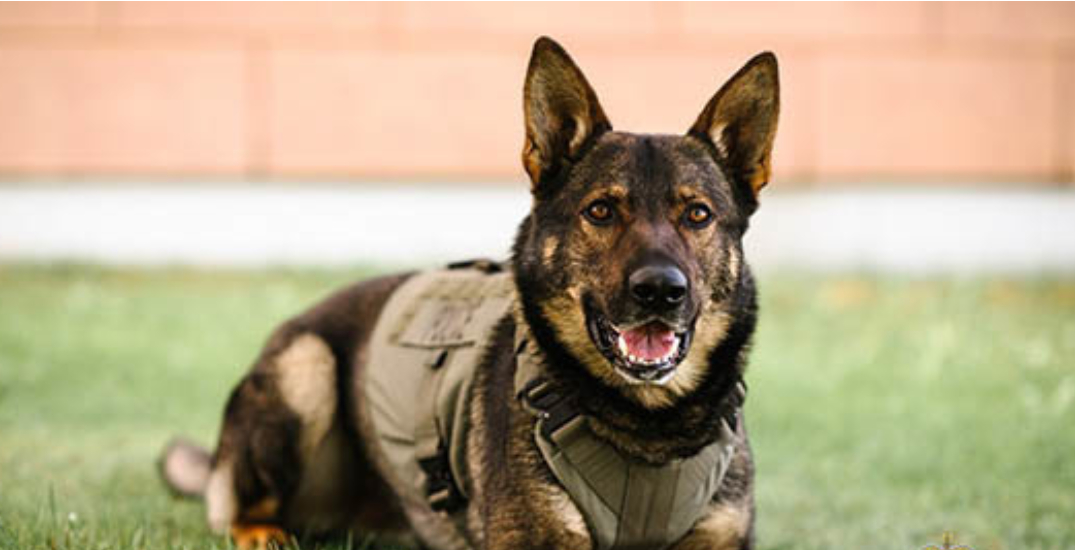 The Independent Investigations Office (IIO) of British Columbia has been notified after a man and police dog was killed during an incident in Campbell River on Thursday.

According to the RCMP, around 9 am on July 8, a vehicle related to an outstanding warrant failed to stop for police.

The vehicle was located a short time later in a parking lot in the 2000 block of the South Island Highway.

The vehicle was boxed in by police, and the RCMP said a confrontation ensued between the suspect and an officer, who had a Police Service Dog (PSD) in tow.

During the incident, the police dog was stabbed and killed, and the suspect was shot. He was pronounced dead on the scene. The Police Dog Handler also received a knife wound.

The RCMP has notified the IIO, which will be investigating the actions of the police officer.

The Campbell River RCMP released a statement regarding the death of their police dog, named Gator, noting that the entire detachment has been affected by the loss.

Gator once found a distraught man in a snowfall, helped with the arrest of a knife-wielding robbery suspect, and was named the detachment’s Mountie of the Month.

“The loss [of Gator] is something I never thought I would have to endure,” said Inspector Jeff Preston, the Officer in Charge of the Campbell River RCMP.

“The importance of the role he played in keeping our community safe will not be forgotten.”