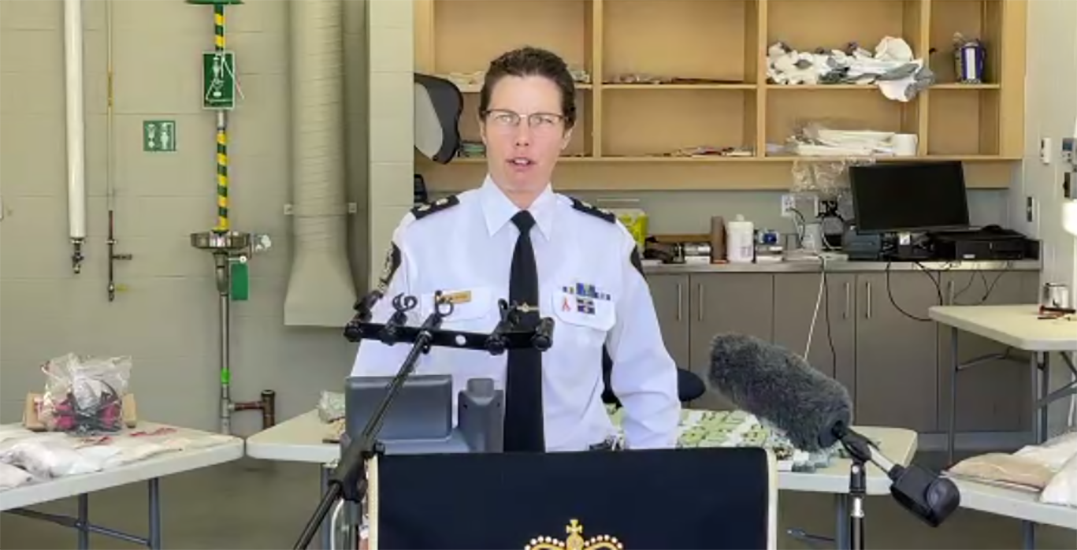 Police have seized more than $4 million worth of drugs as a result of an investigation targeting gang activity in Metro Vancouver.

The Vancouver Police Department (VPD) says that the seizure comes from Project Tache. It is the most recent project for VPD’s Taskforce Threshold, which was launched in May due to the escalated gang activity and violence in the Lower Mainland.

VPD says that two search warrants were executed in late June, targeting two separate condo units in downtown Vancouver. VPD Superintendent Lisa Byrne says that these units were in two separate buildings and were used to store and package drugs.

As a result, investigators seized approximately 13 kg of fentanyl, 11 kg of crystal meth, 8 kg of benzodiazepine, and 5 kg of cocaine. Additionally, $320,000 in cash, a hydraulic press, and a firearm were also retrieved.

“This is one of the larger drug seizures we have seen in Metro Vancouver in recent years,” says Superintendent Lisa Byrne, VPD. “We believe this investigation, which ultimately led police to two major ‘stash houses,’ disrupted a significant drug-line supplying drugs in bulk.”

Byrne adds that police also identified a taxi they believe was being used to distribute drugs throughout Vancouver and the Lower Mainland. As a result, the taxi driver is also being investigated as part of the project.

Byrne confirms that both individuals are involved in the Lower Mainland gang conflict, although she refrained from specifying which gang. She also did not disclose the taxi company to which the driver belonged.

The investigation is currently ongoing, and detectives anticipate recommending drug trafficking-related charges to Crown counsel in the coming weeks.