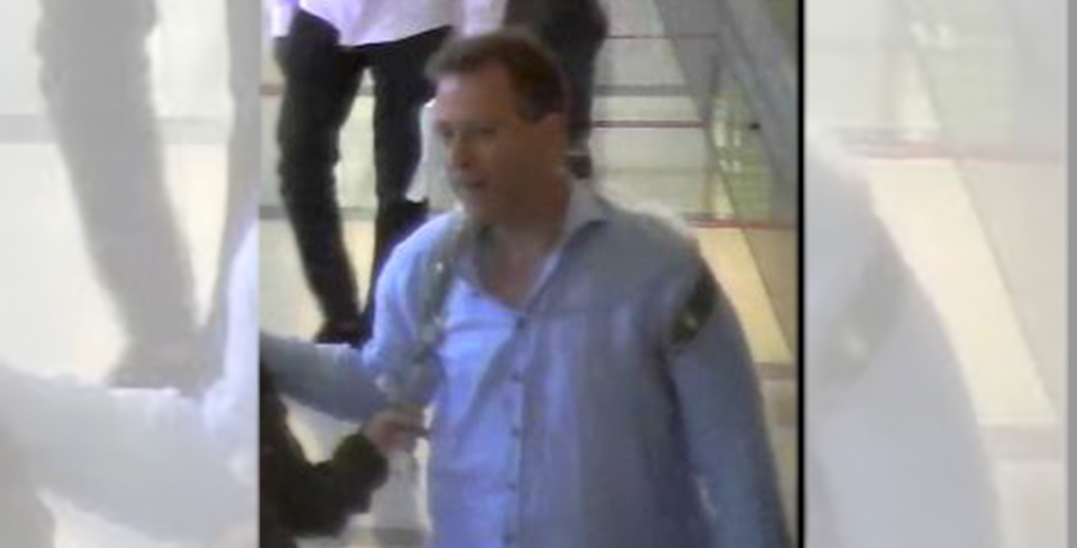 Suspect who punched another man in the face at Metrotown (Burnaby RCMP).

Police are searching for a suspect who reportedly punched another man in the face following an argument at Metrotown.

Burnaby RCMP says that the incident occurred at the mall on May 28 at approximately 6:30 pm.

The victim says he saw a verbal argument between a man and a woman outside the mall.

“When he attempted to intervene after following the pair inside the mall, the suspect punched the witness in the face,” RCMP says in a statement.

The man and woman who were involved in the argument left the area shortly after. Fortunately, the victim was not badly injured.

Police say that the suspect is described as a Caucasian male in his mid-40s. He’s approximately 6’0″ tall and wore a blue dress shirt and black dress pants during the incident.

Anyone with information on the suspect is asked to contact the Burnaby RCMP at 604-646-9999.