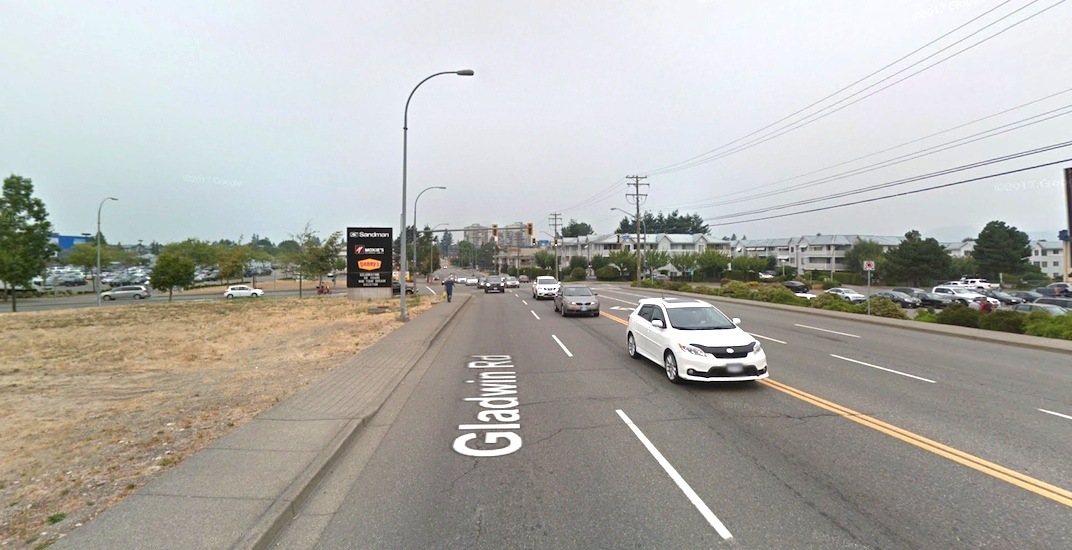 Police/ShutterstockThe senior was fatally injured at the intersection of Simon Avenue and Gladwin Road in Abbotsford on Canada Day 2018. (Google Maps)

A Mission man has been fired from his job after making a racist post on Facebook mocking the death of an elderly Sikh man at the Abbotsford Canada Day parade.

Sohan Singh Sidhu fell from a Dodge Ram pick-up truck, which had just left the parade procession, and was subsequently struck by a trailer it was pulling.

He was rushed to hospital for treatment, but he later succumbed to his serious injuries.

Following the incident, a Mission man posted a racist and insensitive Facebook reaction to Sidhu’s death. 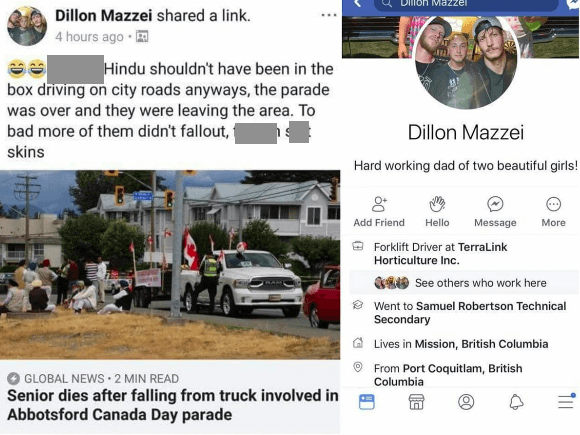 “F*cking Hindu shouldn’t have been in the box driving on city roads anyways,” wrote Mazzei, in the now deleted post. “To (sic) bad more of them didn’t fallout (sic), f*ck*n sh*t skins.”

Following the racist post, Mazzei’s employer, TerraLink Horticulture Inc., announced they had “terminated” him from the company.

“TerraLink is strongly opposed to the racist and hateful comments expressed yesterday on Facebook. The individual does not represent our company and did this on his own initiative without our knowledge. We completely disavow his views and his employment with TerraLink was immediately terminated today,” wrote TerraLink CEO, Stan Loewen, in a statement.

Loewen went on to write that the company has promoted “equality and equal rights for all.”

“We urge others to do so to help remove hate and discrimination from all walks of life. We are multiethnic, multicultural and multigenerational. We consciously work towards fairness and goodwill towards all people and will continue to do so.”

Loewen added that TerraLink expresses its “deep condolences” to the Sidhu family.