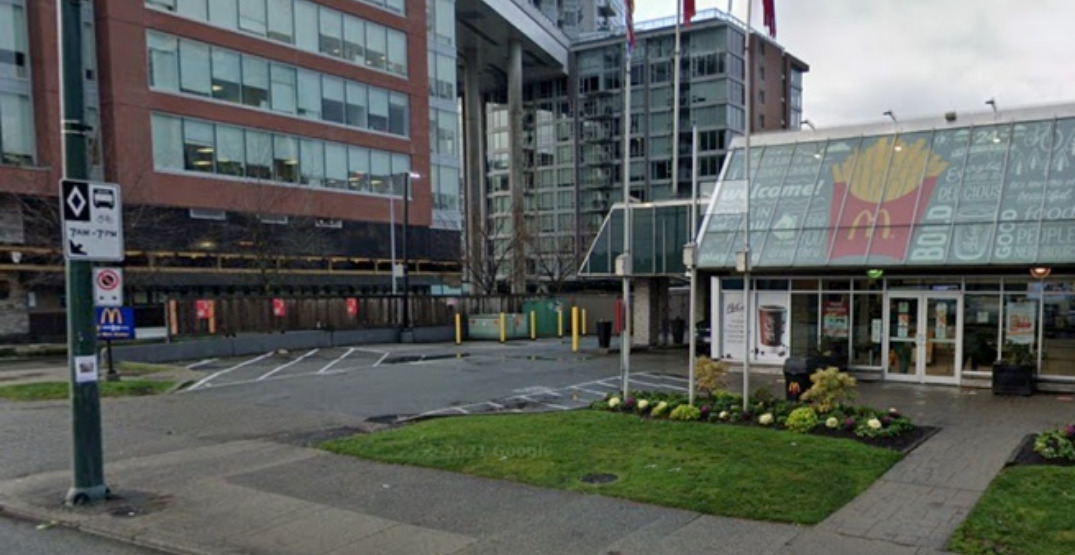 The Vancouver Police Department (VPD) is investigating the death of a driver at a McDonald’s drive-thru early Wednesday morning.

Officers were called onto the scene by Vancouver Fire Rescue Services, at the McDonald’s on Main and Terminal, at around 5:30 am.

Surveillance footage showed a man accidentally dropping an object out of his vehicle while paying for his order, and then proceeding to reach for the object.

He attempted to pick up the item, at which point his vehicle rolled forward. The vehicle subsequently collided into a structural piece of the restaurant, and the driver was unable to free himself.

The driver was pinned between the vehicle door and the frame.

“Efforts were made by first responders to revive the man, but tragically, he died on scene,” said VPD Constable Tania Visintin in a statement.

“This is an absolutely heartbreaking scenario. Our deepest condolences go out to the family and friends of this man.”

The VPD’s Collision Investigation Unit and BC Coroner Services are now investigating.

Anyone with dash-cam footage who was driving in the area at the time of the incident, or anyone who may have witnessed the incident, is asked to call investigators at 604-717-3012.