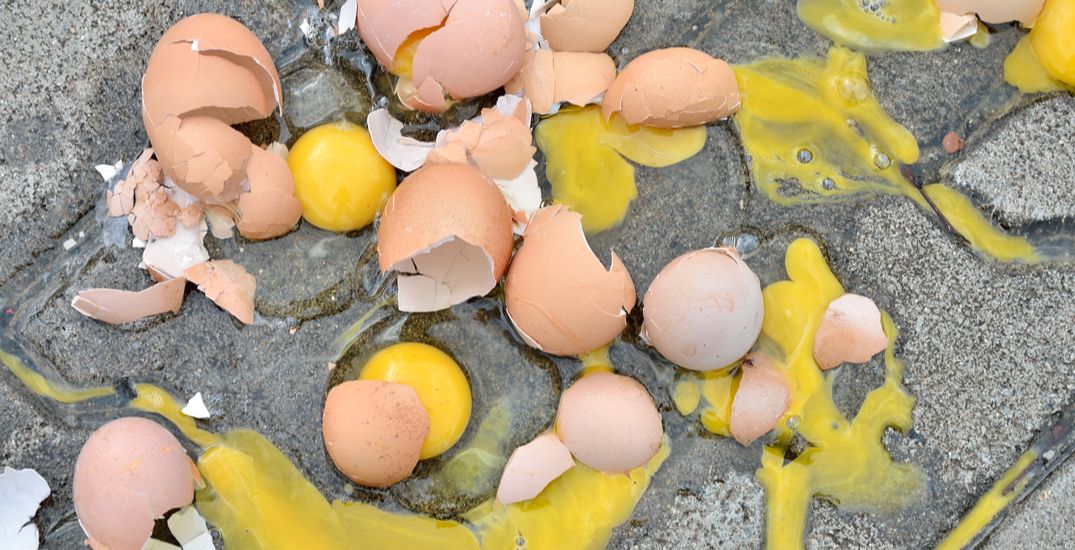 One man has been arrested for allegedly egging protesters who were rallying against COVID-19 vaccine mandates in British Columbia.

According to its Facebook page, Freedom Rally World held a protest outside the Royal Inland Hospital yesterday as part of a “world wide walkout for health freedom.”

The RCMP said around 12:30 pm, a man allegedly began throwing multiple eggs at protesters and “others associated to the group.”

The man was arrested for assault with a weapon and was taken to jail. He was released with a court date, police said, pending the outcome of an investigation.