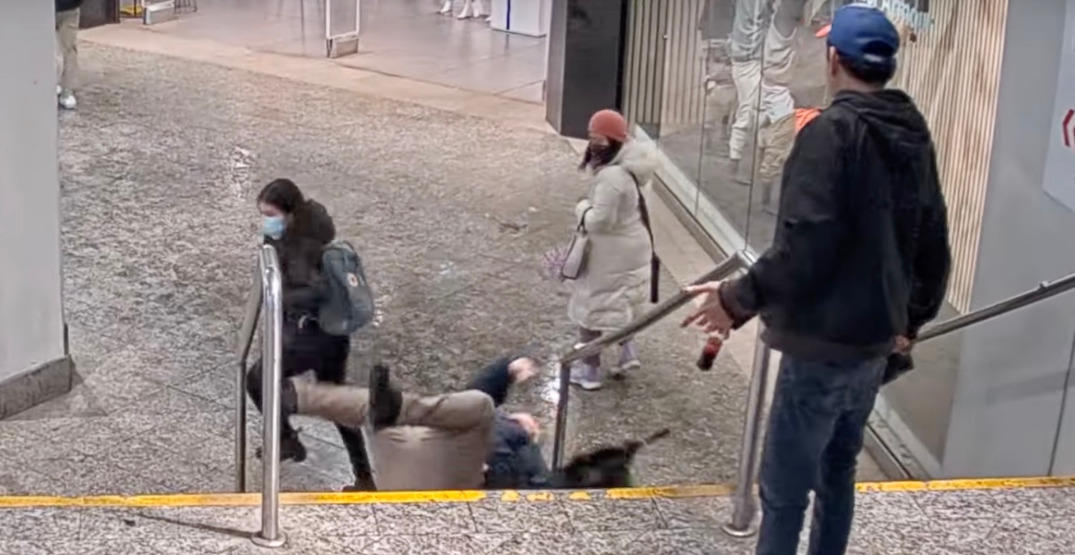 A man has been charged in connection with the violent assault of a 61-year-old man at Granville SkyTrain Station.

The VPD announced the arrest of a suspect earlier this week, who has now been identified as 53-year-old Bradley King.

King is being charged with one count of assault in connection with the March 1 incident which has been approved by the BC Prosecution Service.

The violent assault occurred after what the VPD is calling a verbal confrontation between the victim and the suspect at Granville SkyTrain Station. Police believe the victim was then followed by the suspect, who then pushed the victim down a set of stairs and kicked him.

Police say the video they shared of the incident received over 80,000 views and was shared on social media. A concerned citizen who saw the video on Instagram happened to spot the suspect in downtown Vancouver and called 911. This helped lead to King’s arrest.

“We had no doubt help from the public would be instrumental in solving this case, as it has with so many other high profile attacks in the downtown core,” said VPD Constable Visintin in a statement.

“We understand how shocking this video was for some, and we are extremely grateful for the amount of views and shares this video had. Those shares on social media helped us make another quick arrest in an unsolved attack.”

King has been released pending his next court appearance.