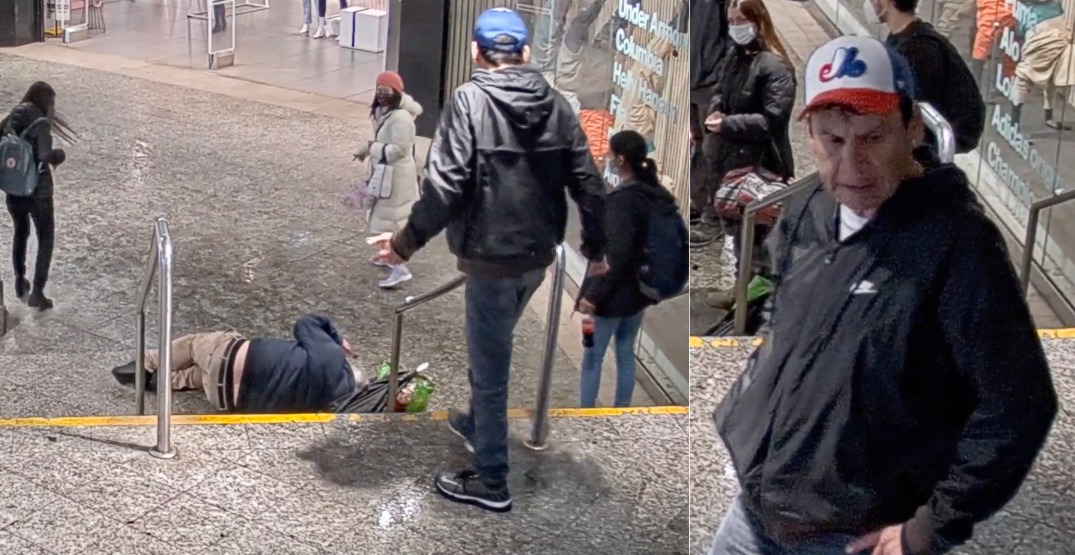 Just one day after releasing surveillance footage of an assault near the Granville SkyTrain Station, Vancouver Police have announced that they’ve made an arrest in the March 1 incident.

VPDNews: Vancouver Police have arrested a 53 year old man in connection with an assault that occurred March 1 at the Granville St Skytrain Station. The suspect is accused of shoving another man down a flight of stairs and kicking him.

The 53-year-old suspect cannot be named since he has yet to be formally charged.

“More than 80,000 people viewed and shared this video on social media in the first 24 hours after it was released by Vancouver Police on Friday,” said Constable Tania Visintin in a release. “Late Saturday afternoon, an astute citizen who had seen the video on Instagram spotted the suspect walking near Granville and Georgia streets, and called 9-1-1.”

Video of the March 1 assault, which occurred at around 5:30 pm, shows the suspect following the victim into the Granville Street SkyTrain Station. The suspect then shoved the victim down a flight of stairs and kicked him until passersby intervened. The suspect fled before police were called.

Investigators believe that the victim and suspect had a verbal confrontation outside the station.

Visintin said that the public has been instrumental in solving the case, one of many recent high-profile attacks in the downtown core.

“We understand how shocking this video was for some, and we are extremely grateful for the amount of views and shares this video had,” he said. “Those shares on social media helped us make another quick arrest in an unsolved attack.”