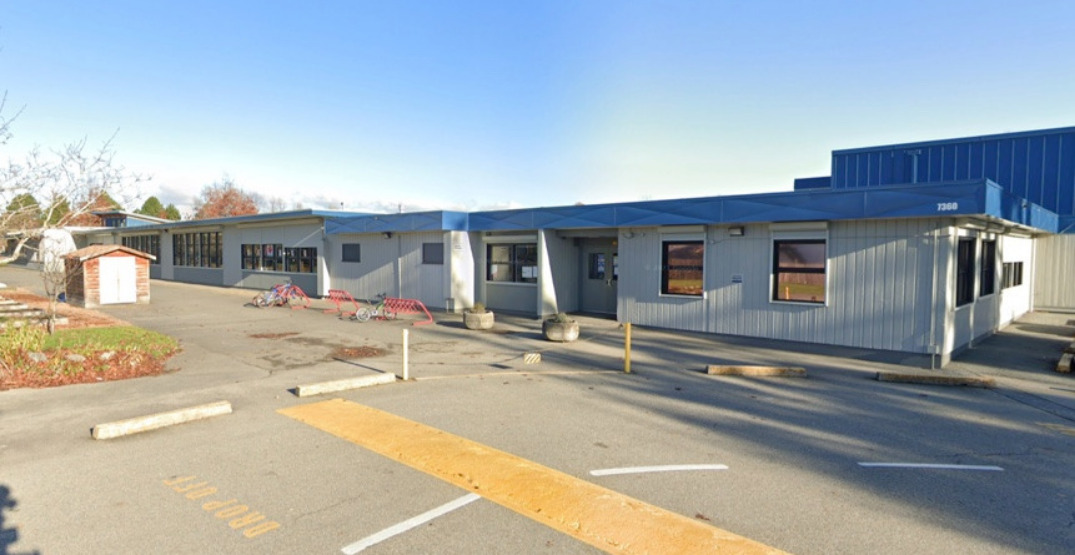 A school in the area the incident occurred (Google Maps)

A man was arrested in Richmond after allegedly exposing his genitals in a school park on Thursday afternoon.

Richmond RCMP arrested the man in a park near Mckay Elementary, in the 7000 block of Lombard Road, after seeing a video of the man allegedly exposing himself.

The complainant suggested they had seen the unidentified man in the park speaking to kids on a previous occasion.

On October 25, the complainant allegedly observed the man with his genitals exposed, and recorded it. He then reported the incident to officials at the school, who then contacted police.

The Youth Section of the Richmond RCMP took proactive measures to patrol the school on October 28, then located and arrested the man.

Inspector Michael Cohee, who is the officer in-charge of Operations Support, calls the incident “very concerning.”

“We encourage anyone, “if you see something, say something.” Call police as soon as possible so that we can attend and investigate.”

RCMP are saying that this is an isolated incident, but an investigation remains active and ongoing.