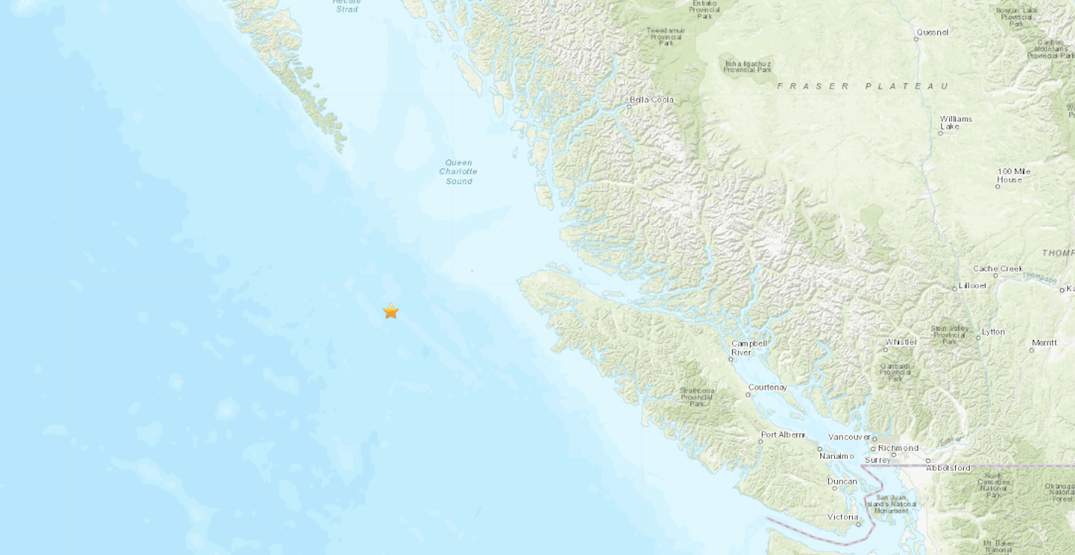 The location of Wednesday's earthquake according to USGS (US Geological Survey)

The US Geological Survey (USGS) has detected a magnitude 4.2 earthquake that occurred off the coast of Vancouver Island on Wednesday evening.

According to the USGS, the earthquake struck at 7:23 pm in a location about 204 km west of Port Hardy at a depth of 10 km.

A report from the Government of Canada states that the earthquake has caused no damage and that none should be expected, nor is there any risk of a tsunami.

The Canadian report also considered the earthquake to have been both weaker and closer to Port Hardy than the information from USGS. 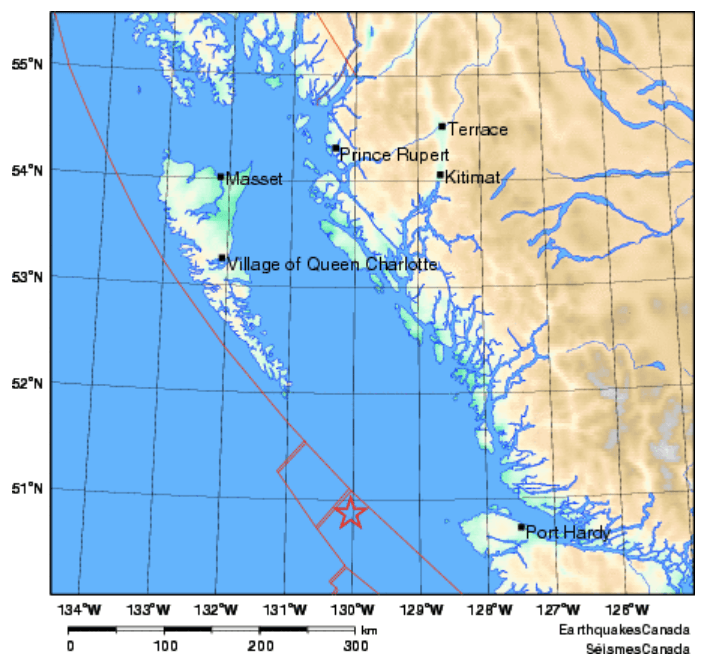 BC was hit by a medley of earthquakes this past fall, most notably a series of magnitude 6+ earthquakes that struck throughout October 21 and 22 in a similar area.

– With files from Simran Singh