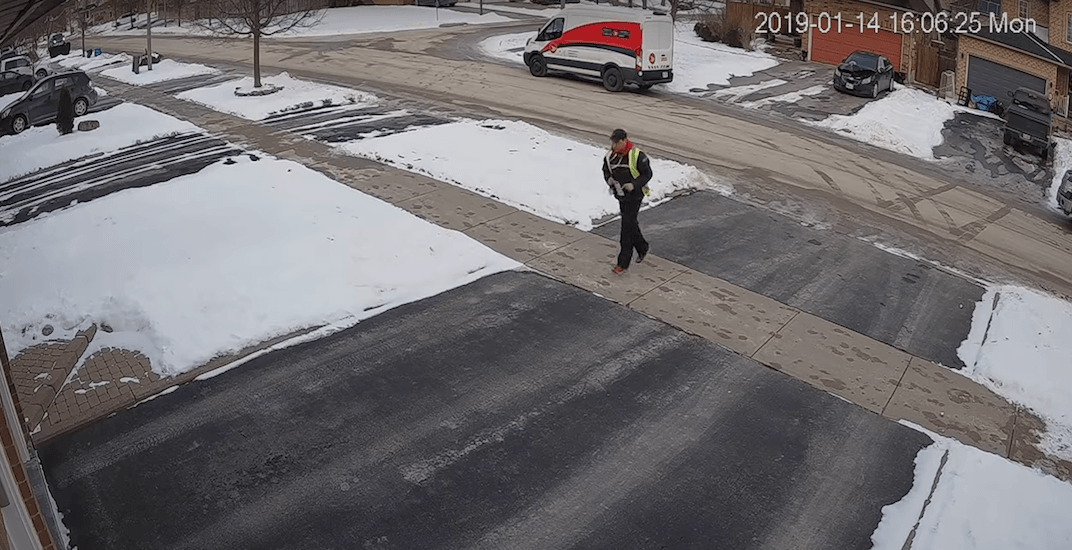 Canada Post is in hot water after a video showing a worker not delivering a package when a resident was home went viral online this week.

The video, which was posted on YouTube Monday afternoon, shows a Canada Post worker drop off a delivery slip at a residential home without even attempting to see if the recipient is there.

As the worker made his way back to the vehicle, you can hear a woman call out “hello” before calling out the worker for not knocking on the door.

The worker can then be seen returning to the home with the package as he offers the woman an apology, saying, “sorry about that, usually, there’s nobody home.”

The video, which has already been viewed well over 100,000 times since Monday, has become a heated topic of discussion online, with hundreds of YouTube users saying they’ve experienced very similar situations with Canada Post deliveries before.

“All the damn time! Glad we finally have proof,” wrote another.

This doesn’t surprise me in the least. I work from home and have found numerous slips on my door for a delivery “attempt” that was never attempted. Do better @canadapostcorp

Following the incident, the original poster of the video said they made an anonymous complaint online and informed Canada Post of where this happened.

Daily Hive followed up with Canada Post and a spokesperson said, “while the customer received their parcel, it should have been delivered at the time the employee arrived at the address. ”

The spokesperson added they have followed up with the employee and they “don’t anticipate further issues.”

That said, this type of situation has definitely happened in the past.

Here are other tweets commenting on the recent video:

Yea, @canadapostcorp either puts the slip in my superbox without ever coming to the door, or they throw the package from halfway up my driveway onto my front porch, and despite catching the guy time and again as he runs, never ends. https://t.co/3Roqj8jWKX

Oh My God !! I don’t know how many times this has happened. Having the tag say “no answer” when the mail box is 200’ from our front door and we had both been home ! Gurrr ! 🤬

I actually caught a @canadapostcorp delivery guy writing out notice ticket to p/u package. I live on 3rd floor and he was in our lobby! Lazy!!

This happens to me all the time 😑 go to Canada post to pick up my parcel and complain and I get told I should have been home … I was home.

Can’t even tell you how many times this happens to me over the years. I’ve even reported it to @canadapostcorp also but still happens. If UPS and FedEx have no problem delivering packages why do they?

Hey @canadapostcorp this happens all the time, the amount of times I have had to call in to complain about this. This always happens to me. Do your job, hell if you just want to make sure someone is home first without the package that is better than what this guy did.