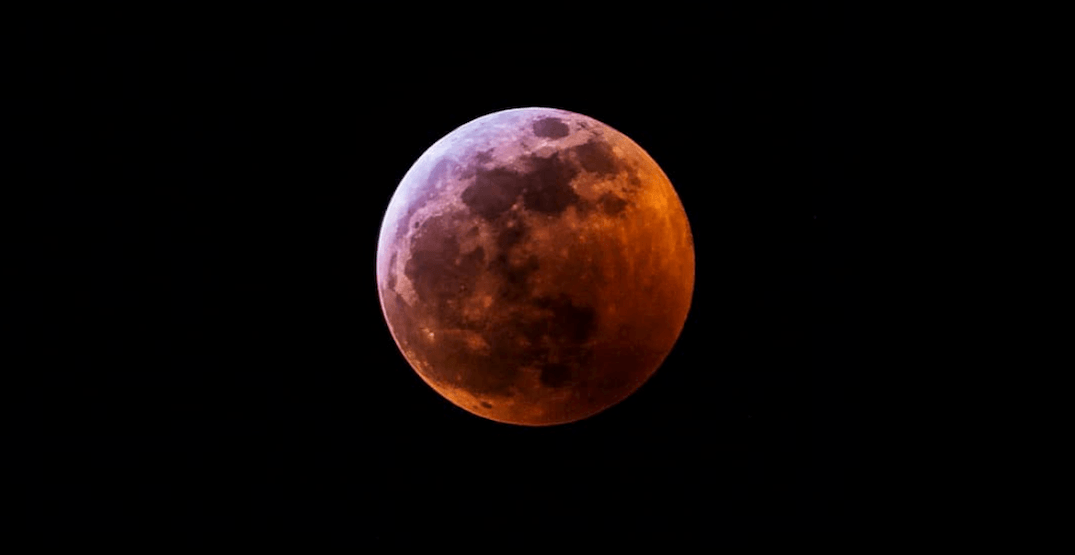 Big news for sky gazers! A total lunar eclipse will be visible over all of Canada this weekend, and we’ve got specifics on when you can see it.

On May 15, and overnight into May 16 (depending on your location in Canada), May’s Flower Moon will be shrouded in darkness as the Earth’s shadow blocks the sun for a total lunar eclipse.

Unlike solar eclipses, the “Blood Moon” lunar eclipse should be visible all across the hemisphere, depending on cloud cover. The eclipse will turn the moon red, hence the monicker “Blood Moon” eclipse.

Better still, the eclipse takes place just as the moon reaches its full peak in the early morning hours of May 16. If that’s not enough, it’s a supermoon, too! A supermoon is when the moon is at a point in its orbit when it’s closest to the Earth. This means it will appear bigger in the sky, making that eclipse even easier to watch.

So, how can you watch the lunar eclipse? Luckily, it’s pretty easy, you just have to look up, and you don’t have to worry about eye protection like a solar eclipse. The Canadian Space Agency has put together a map showing when the lunar eclipse will begin in major cities across the country.

Unlike solar eclipses, lunar eclipses can be seen by nearly an entire hemisphere, which means that a much larger number of people can see them for a longer period of time. Do you see your city for the upcoming lunar eclipse? 👇 pic.twitter.com/ionWazcQOV

From start to finish, the total eclipse will last about 84 minutes. You won’t have to set your alarm for it either, as the eclipse begins before midnight in most cities, except for those in the Atlantic provinces. According to the Old Farmer’s Almanac, the best time to view the eclipse is at its peak. In the Eastern time zone, that will be at 12:11 am; in the Pacific time zone, it will be at 9:11 pm. 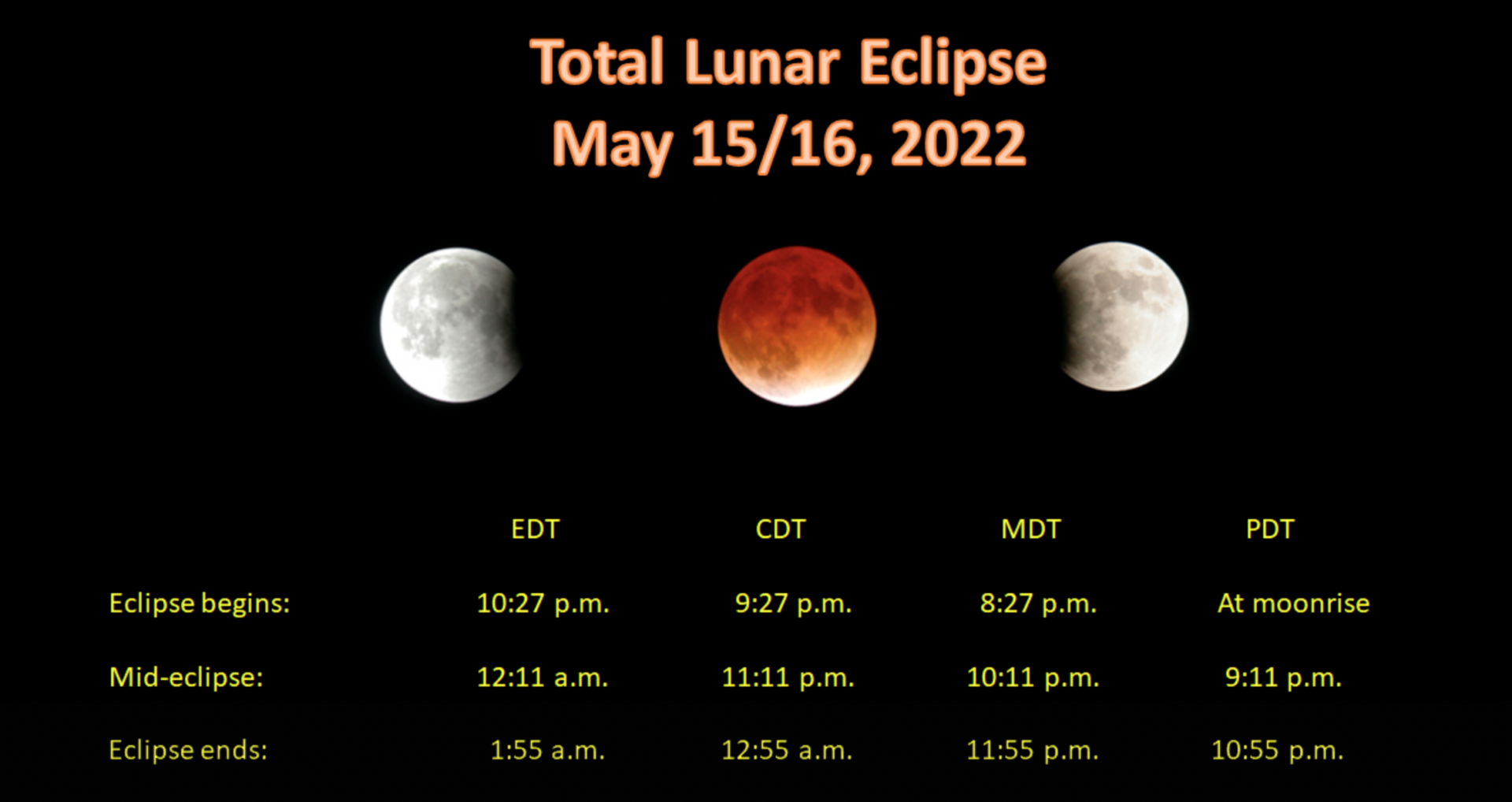 Of course, you’ll want to keep an eye on the weather if you plan to watch the celestial event. Heavy cloud cover will limit visibility, but you should have no problem watching with your bare eyes if the skies are clear. Dust off your telescope for a closer look!

May’s Full Flower Moon is one of four supermoons this year. The next supermoons will be in June, July and August.

Each month’s moon has a name, and it usually coincides with something notable about the season. Not surprisingly, May’s Flower Moon is named for the flowers in bloom, according to the Almanac. The Almanac said that the name came from the Algonquin people in Ontario.

Other names for May’s moon follow a similar theme. In Cree, the moon is referred to as a Budding Moon. Dakota and Lakota call the moon the Planting Moon. According to the Almanac, other names include Egg Laying Moon and Frog Moon.