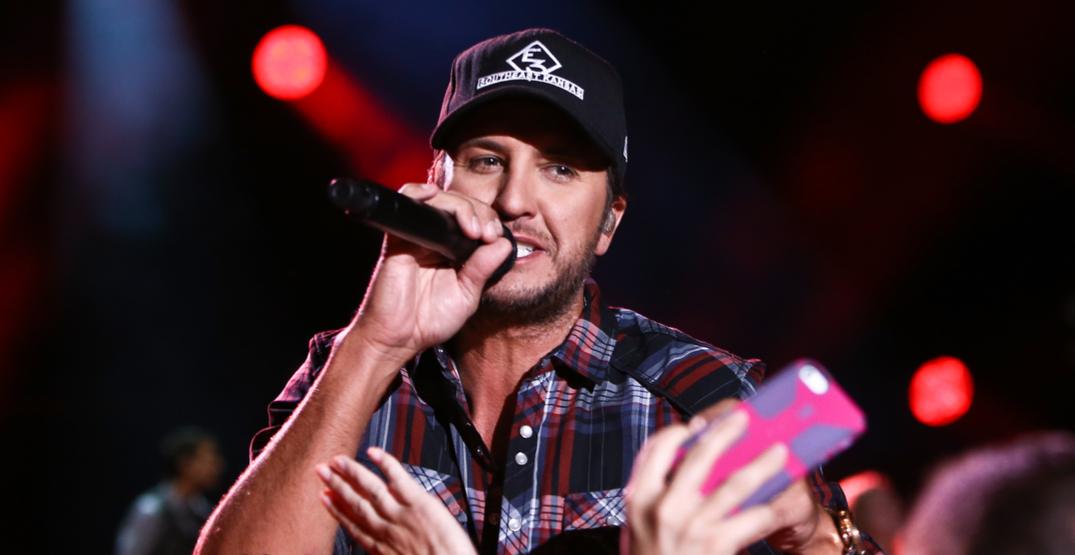 He’s a two-time Academy of Country Music and Country Music Association Entertainer of the Year, and he’s coming to Vancouver for a show at BC Place this fall.

On October 13, Luke Bryan will stop in the city as part of his international “What Makes You Country” stadium tour.

“My excitement to play these iconic sports stadiums is truly uncontainable,” said Bryan. “Playing my music live is the reason I do what I do and the energy of the fans is what pushes me year after year to deliver a bigger and better experience.”

He will be joined by Grammy-nominated, platinum-selling fellow country music artist, Sam Hunt.

The “What Makes You Country” tour is named after Bryan’s recently released album that debuted at #1 on both the Billboard Top 200 and Top Country Albums charts.

It became his third consecutive album to debut at #1 on the Top 200 and his fifth #1 debut on the Top Country Albums Chart.

Prices for the show, as well as the showtime itself are still to be announced.

Where: BC Place – 777 Pacific Boulevard