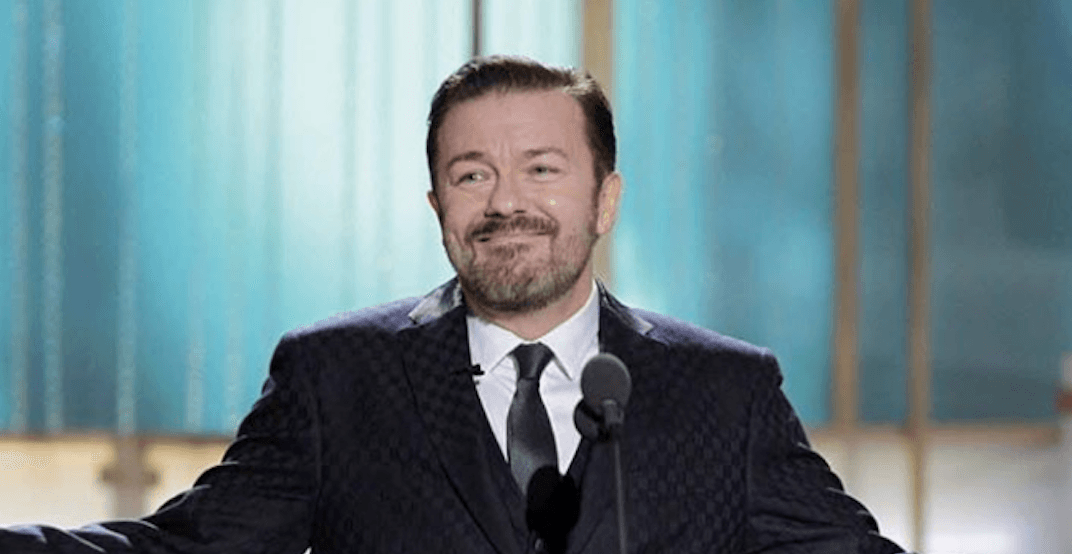 It turns out The Rock isn’t the only one with a soft-spot for our rainy – though no less beautiful – city.

Ricky Gervais, the English comedian and creator of The Office, was in Vancouver on Monday and Tuesday night performing what must have been some memorable shows at the Queen Elizabeth Theatre.

We’re making that assumption based off a tweet Gervais wrote on Tuesday night, stating that the love he felt in the venue was enough to cement Vancouver as his most favourite city.

“I’m glad I saved the best for last,” the tweet read. “I fucking <3 Vancouver. The love in the room was off the charts. What an amazing place.”

I’m glad I saved the best till last. I fucking ♥️ Vancouver. The love in the room was off the charts. What an amazing place. #HumanityWorldTour
If you couldn’t get tickets you can watch the show on Netflix in March. pic.twitter.com/iAMbGfVvKb

This isn’t the first time that Gervais has proclaimed a full heart for our West Coast city, as he was here here to shoot Night at the Museum: Secret of the Tomb in 2014 and was not at all shy about how beautiful he found Vancouver.

The comedian had actually extended his stay here this time around, adding a second show to follow the one already planned for Monday.

Gervais was still enjoying his time in this city by late Tuesday night, writing in an Instagram post that he was: “In wonderful Vancouver drinking wine, listening to @sigurros, doing a bit of scriptwriting and looking forward to seeing Ollie soon.”

While we hate to see him go, we really can’t blame him for heading back to a kitten as cute as that.

Until next time, Ricky!