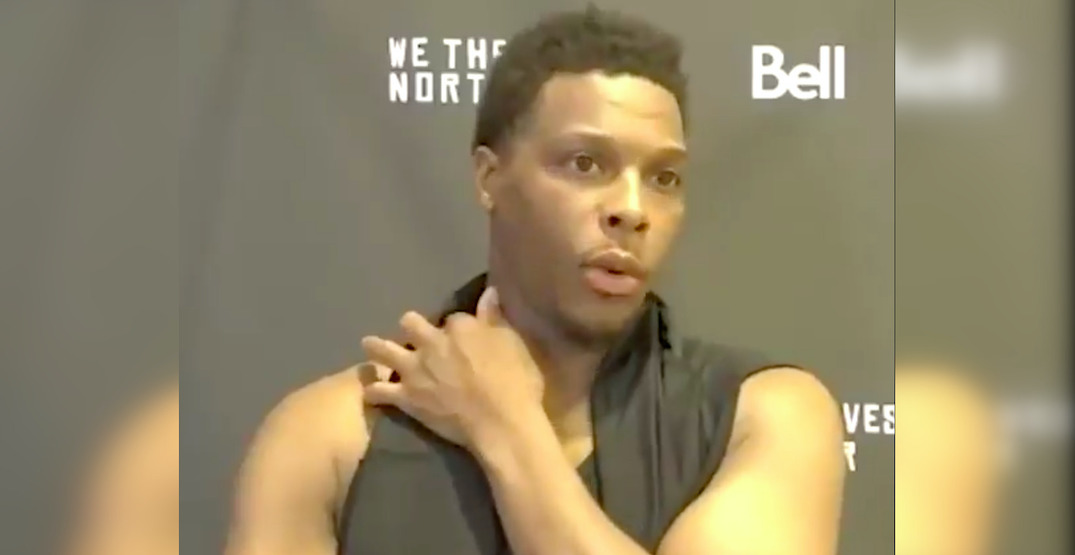 Even though Kyle Lowry is uncertain of how this season will go, he does know how his career will end. With the Toronto Raptors.

“I will say this. I will retire as a Toronto Raptor,” Lowry told reporters. “One-day contract, whatever happens.”

Lowry explained that his plan, for now, is to play this season out and take it from there.

“What I would like to see is to finish this season out, strong as possible. Whatever happens, happens. At the end of the day, myself, my agent, the organization everyone has to do what’s best for them,” he said.

“I will retire as a Toronto Raptor … one-day contract, hey whatever happens.”

After weeks of trade speculation involving Lowry, including rumours of him wanting to go to Philadelphia and a report that he was telling everyone he was getting traded, he recently responded on his Instagram.

“The lies people tell in the media are amazing,” Lowry wrote on Tuesday. “Don’t put [things] out when they ain’t come from me!!”

That comment was the first time that the six-time All-Star has made a remark regarding any of the trade rumours this season.

“I don’t really get into that stuff, and it doesn’t bother me because rumours are rumours and they will always be,” Lowry said. “But when something is said that doesn’t verbally come from me and I haven’t said anything, that’s when it gets to the point of, ‘Did you have me on record saying that? I want to know who the source is, because the source is me.'”

“That stuff is where you kind of defend yourself. I don’t really care about it. It’s just to defend myself for a quick second.”

Lowry, averaging 18 points, 5.5 rebounds and seven assists this season, is in the final year of his contract and will become a free agent after the season.

“I don’t what is going to happen. I don’t know what they’re thinking, I’m thinking. We’ll just kind of get to that point and figure it out from there.”