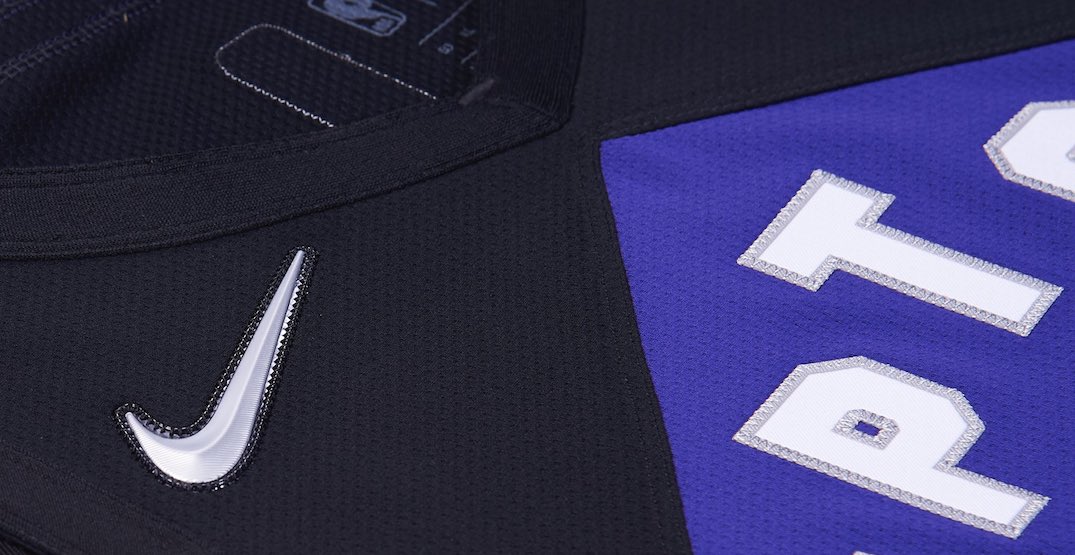 The Toronto Raptors have unveiled another new jersey they’ll wear this season.

The NBA announced the 2020-21 edition of “Earned” jerseys, created only for the 16 teams that made the playoffs last season. That includes the Raptors, who have created a new purple and black uniform.

All 16 NBA Earned Jerseys for this season revealed.

Celebrating the 16 teams that made the 2020 Playoffs. Each jersey features Silver accents — the Lakers’ incorporates Trophy gold. 🏆 pic.twitter.com/6MnUQmNDi7

“The Earned Edition uniforms celebrate the 16 franchises, with team names or logos prominently emblazoned on the front of the uniforms and featuring current team design elements, brought to life through enhanced franchise colours,” the NBA said in a statement.

“The designs across each uniform amplify the iconic elements that are ingrained in the fabric of each organization.”

For Toronto, the purple is a nod to the franchise’s early days when the purple dinosaur was the uniform’s predominant logo. Last season, the Raptors had alternate “Classic Edition” jerseys that were identical to those worn by the team when they first started in 1995.

The wait is over.

This year’s edition of the Raptors “Earned”  jerseys will go on sale to the public on March 18 and will be worn by the team on April 2 against the Golden State Warriors.