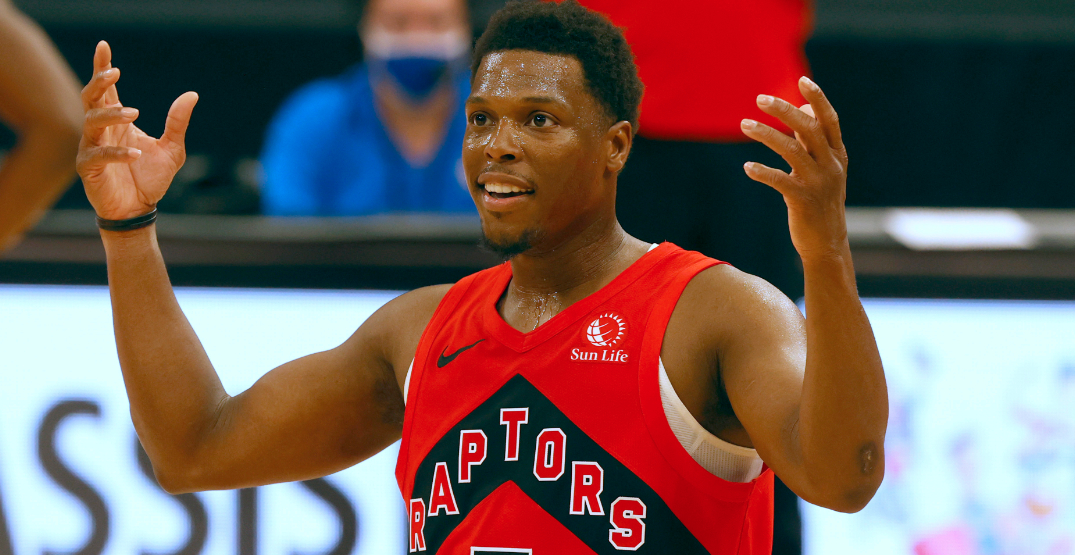 Lowry will be back on a Toronto court Sunday for the first time in over two years, and the guard took to The Players Tribune in advance of the game to share his emotion with his “Toronto family.”

“I’m excited as hell to play in Scotiabank Arena again and to hear Raptors fans do their thing again. I’m excited to be on a court with (Fred VanVleet) and Pascal (Siakam) and OG (Anunoby) again — if Masai (Ujiri) is big bro, then those are my little bros, and they’re the guys now; they’re taking over.”

This one goes out to Toronto, from @Klow7.https://t.co/ir3StBFQfk

He signed a three-year, $85 million contract to join the Miami Heat on August 6, ending a nine-year run in Toronto that featured 601 games and six all-star appearances, and culminated with an NBA Championship in 2019.

Lowry recalled the conversation he and Masai, Raptors team president, had shortly thereafter.

“This phone call is bullsh*t,” Lowry wrote of Masai’s reaction.

“What he meant was: Our relationship, it’s more than just player and management at this point. It’s bigger than just “work stuff,” where you’re leaving one job to go to another, so you give the old boss a call to say thanks. Nah. It’s deeper than that with me and Masai.”

“I hope everyone in Toronto is reading this, and almost reacting how Masai did to that phone call. Like on some level, I hope y’all are thinking, “this article is bullsh*t,” he wrote. “Not because there’s any hate, but because that’s how much LOVE there is.”

Lowry, the consensus Greatest Raptor of All Time, exited the team ranking second only to DeMar DeRozan in all-time games played for the franchise.

“I also think it might just be a normal night in some ways; you know what I mean? Because regardless of the jersey I’m wearing, a lot still hasn’t changed… and won’t ever change,” Lowry wrote.

“It’s never going to be a wrap between me and this city.”