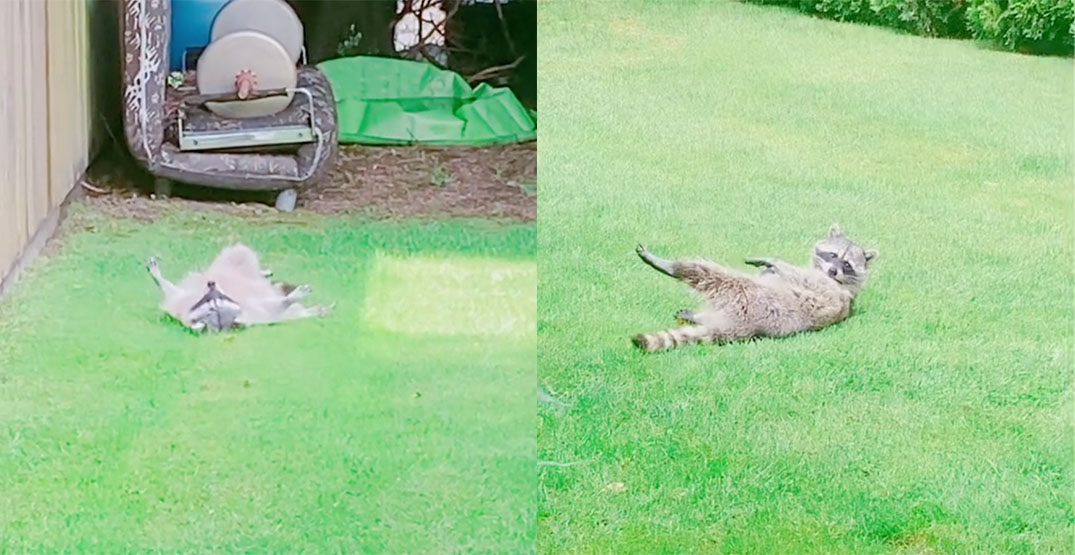 A very lazy-looking raccoon is making rounds on TikTok as he lounges on the grass in a Vancouver backyard.

The raccoon looks like it doesn’t have a care in the world and, honestly, we’re jealous.

The critter was captured on video by TikToker Vanessa Roberts. Apparently it’s a regular in her yard.

“This raccoon does this every day in our backyard. He’s not a regular raccoon, I would say,” she said. “Every single day. Morning and afternoon.”

The little trash panda spreads its legs and arms , and looks around, rolling from one side to the other on its back.

People who saw the video were quick to offer support to what appears to be the world’s most relaxed raccoon.

“Living his best life,” one said.

“I admire his self-care priorities,” another added.

As it turns out, the raccoon isn’t always lounging. Roberts has shared several videos of it, and sometimes it plays with a small green toy

“Gave him a toy, and now he loves it,” Roberts says.

She also put out a kiddie pool for the raccoon to cool off — and it appears to like that as well.

As for a name? Roberts has dubbed the critter Bandit.