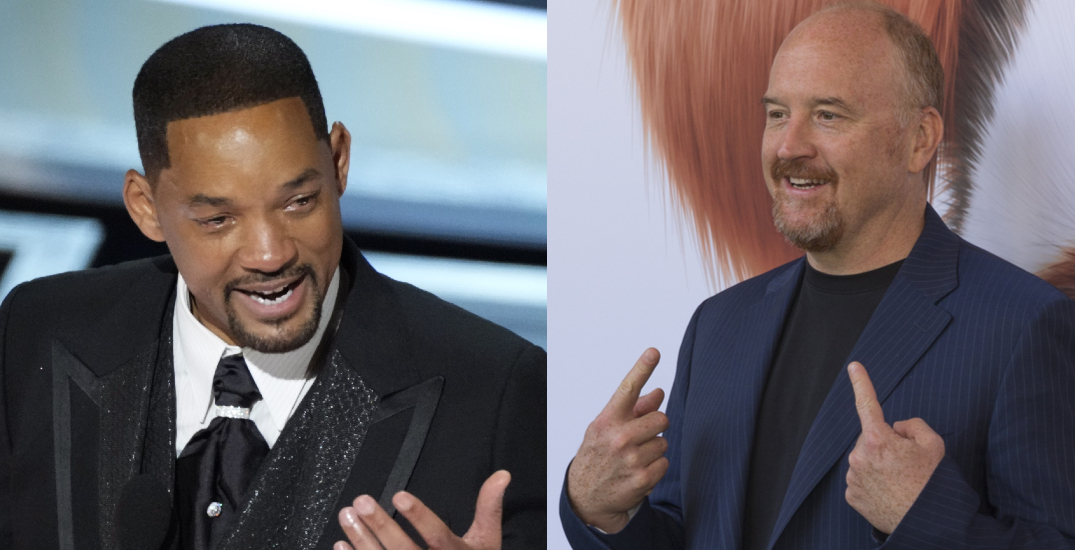 Louis CK, the comedian who admitted to sexual misconduct in 2017 after several women came out with allegations against him, has won a Grammy.

On Monday, CK’s hour-long comedy special, Sincerely, Louis CK, won him the Grammy for Best Comedy Album. The stand-up performance came out in 2020 on CK’s own website, and was his first one since the sexual misconduct admission.

Now, people are questioning the integrity of academy awards and discussing racism, sexual misconduct, and “cancel culture” in Hollywood, given what happened at the Oscars last week.

Actor Will Smith slapped comedian Chris Rock on stage after he made a joke about Jada Pinkett-Smith’s alopecia. After the incident, Smith received an Oscar, but also got severe backlash from not just moviegoers but also those within the industry.

Canadian actor Jim Carrey called Hollywood “spineless” for celebrating Smith despite what had happened between him and Rock. Amy Schumer said viewing the slap was “triggering and traumatizing” for her.

The Academy of Motion Picture Arts and Sciences announced that Smith could face consequences for his actions. Soon after the announcement — and perhaps as a result of it — Smith resigned from the Academy.

Meanwhile, the Recording Academy found it fair to give a Grammy to Louis CK, who masturbated in front of non-consenting women.

It’s hilarious:
Same week White People are demanding Will Smith’s career be killed, there’s supercreep Louis CK over there getting a Grammy.

Will Smith is going to end up more punished than Louis CK, you watch. https://t.co/4peaEvoCmf

Many are talking about the day-and-night treatment of Smith and CK by the academies, which seems even more jarring given that both award night incidents occurred so close to each other.

This is also sparking conversations about Hollywood’s insensitivity to victims of sexual misconduct or assault. CK’s victims had come out at the peak of the #MeToo movement. Although he has not been convicted of any sex crimes, he has admitted the stories are true.

Louis CK masturbated in front of women and won a Grammy.
Will Smith smacked another man and had to resign from the Oscars.
There is a VERY obvious double standard here

Will Smith smacks Someone to defend his wife and everybody has an opinion. Louis CK wins a Grammy after sexually assulting women and 🦗🦗🦗🦗 from Jim Carrey and Amy Schumer. pic.twitter.com/DRkx3aWlNs

where’s all the “violence isn’t the answer” folks from last week now that louis CK, self-admitted sexual assaulter, has won a grammy? ur so quiet guys, speak up!! <3 xx

One Twitter user pointed out why Smith’s award win is different from CK’s.

Will Smith won an Oscar that had already been voted on. There was no mechanism to not award it. Louis CK won a Grammy years after 5 women came forward for comedy that made jokes about sexual harassment https://t.co/cxQNBSoqMF

Singer-songwriter Marilyn Manson, who was accused of sexual abuse by 16 people and has been sued by four, was also nominated as a featured artist for Kanye West’s album Donda.

West’s song “Jail” won the Grammy for the best rap song, and it featured Manson.

There is no such thing as cancel culture when men abuse women. If Weinstein wasn’t in jail, he’d probably already be producing movies again.