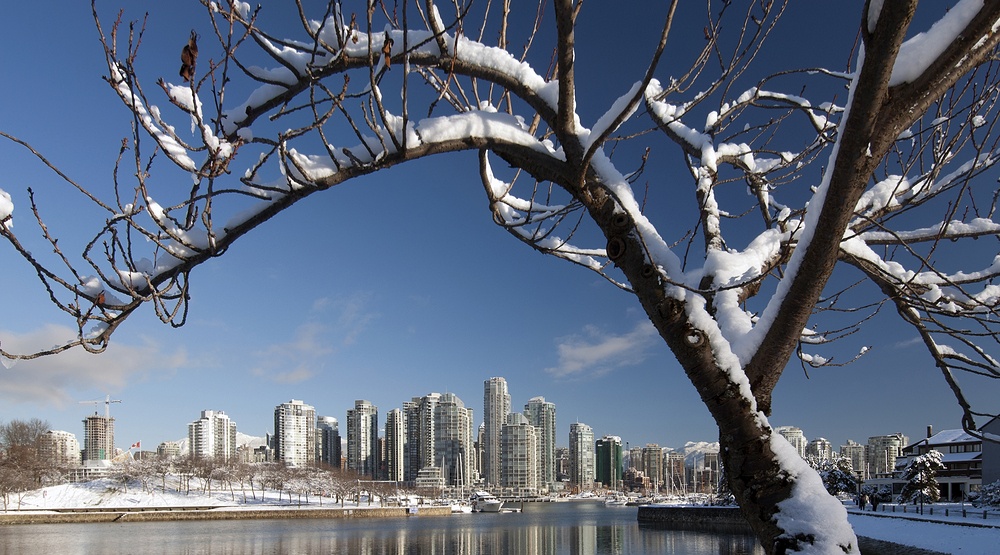 Vancouver in the snow (Josef Hanus/Shutterstock)

While the official start of winter is more than two months away, AccuWeather has released its annual long-term winter forecast.

And those that aren’t fans of the cold or snow will be thrilled to hear their outlook.

According to the weather agency’s forecast, a “rather mild winter is anticipated for British Columbia.”

Brett Anderson, AccuWeather’s Canadian Weather Expert, says that northwestern BC is expected to be hit the hardest this year.

“The main storm track will likely bring the bulk of rain and snowfall events to northwestern British Columbia this winter,” he writes.

Other parts of the province, including Vancouver, Victoria, Kamloops, and Prince George, a “forecast to be drier and sunnier than usual.” This could, however, increase the potential for a late spring and summer drought in 2020.

The rest of Canada won’t be so lucky.

AccuWeather says that “arctic blasts will be focused a bit farther east this year.” Alberta is expected to be windier than usual, with a high number of chinook events.

Towards the east coast, Toronto’s weather pattern could deliver “several significant snowfall events to regions, including the greater Toronto area and into the Ottawa Valley.” Montreal and Quebec City are predicted to have a snow winter, with an “increased number of moisture-laden storms.”

AccuWeather’s winter forecast is also similar to The Weather Network’s winter preview which called for milder-than-normal temperatures in British Columbia.

The Old Farmer’s Almanac, however, calls for “colder-than-normal” conditions with above-normal precipitation and below-normal snowfall.”