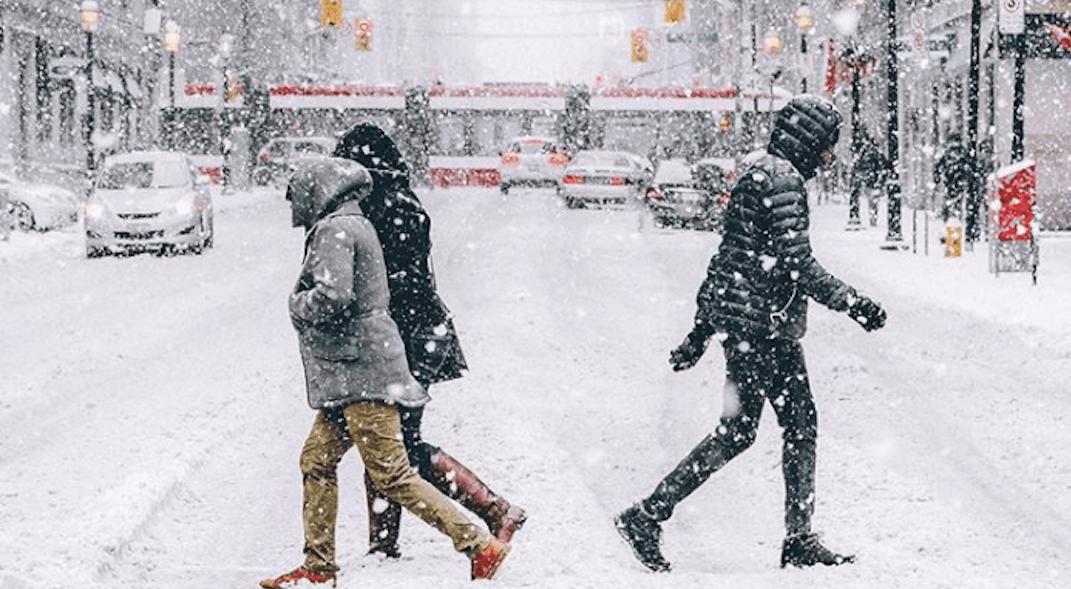 And while The Weather Network is forecasting it will feel like 20°C next week, AccuWeather just released their winter forecast for Ontario, and it’s not looking great.

The weather website is forecasting a stormy winter season for Toronto and the GTA.

But while the west coast will bask in some warmth, Ontario is looking at blizzards, and not the kind from Dairy Queen.

The long term forecast shows a cold winter for Ontario, especially during December and January.

“The weather pattern has the potential to deliver several significant snowfall events to regions, including the greater Toronto area and into the Ottawa Valley,” states AccuWeather’s outlook.

This is a similar forecast as outlined by The Old Farmer’s Almanac, released earlier this year, which stated that Torontonians can look forward to above-normal precipitation and snowfall amounts this winter.

AccuWeather said that the main storm track could shift farther east by February, which may lead to less snowfall then.

But, they also add that an “increase in spells of very cold air may result in localized lake-effect snow.”

This means, there will be favourable conditions for those who like winter sports like skiing and snowmobiling in the region.

Besides all the snow, there is also the potential for some significant ice or sleet events across interior southern Ontario, especially during the middle of winter.

So yes, winter is coming. And it’s going to be cold. And snowy. Just like every winter in Toronto.