The first day of fall is a week away, and The Weather Network has released its outlook for Canada’s upcoming season.

Whether you’re ready or not, fall officially arrives on September 23, bringing with it its changing leaves, milder temperatures, and pumpkin spice everything.

“While fall has burst onto the scene long before most Canadians were ready, we are not in a free-fall to winter” said Chris Scott, Chief Meteorologist at The Weather Network.

“This fall will still include extended stretches of pleasant weather to go along with the inevitable periods of unsettled weather. However, Canadians should be sure to get outside and savour the mild weather while it lasts, because a cold winter is looming for much of the country.” 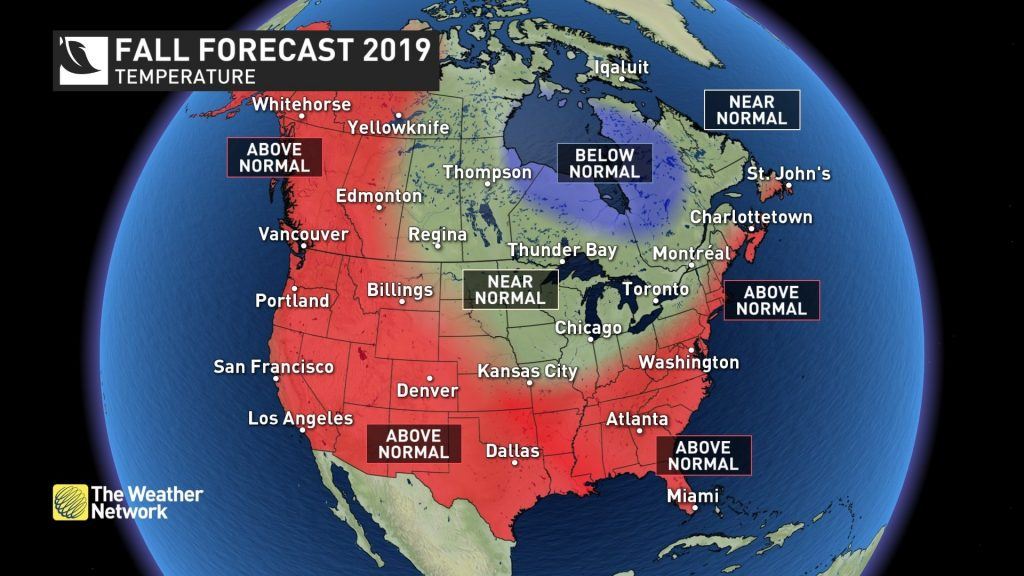 The Prairies will experience near normal temperatures for fall with extended periods of both mild weather and cold weather that offset each other. “A milder than normal winter is expected for westernmost parts of the region, but temperatures are likely to trend colder to the east,” states their regional outlook.

For those in Ontario and Quebec, you can expect near normal temperatures for the fall with extended periods of both mild weather and cold weather that offset each other. But, the bad news is, a colder than normal winter is expected for most of the region. The good news here is a delayed start to consistent winter weather is likely, similar to last year, according to the Weather Network. 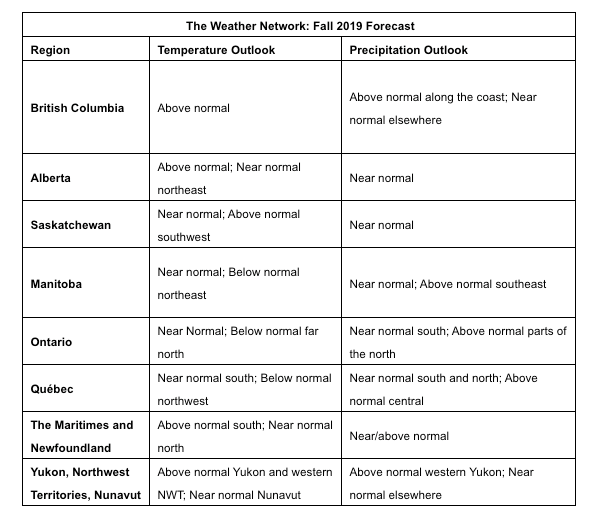