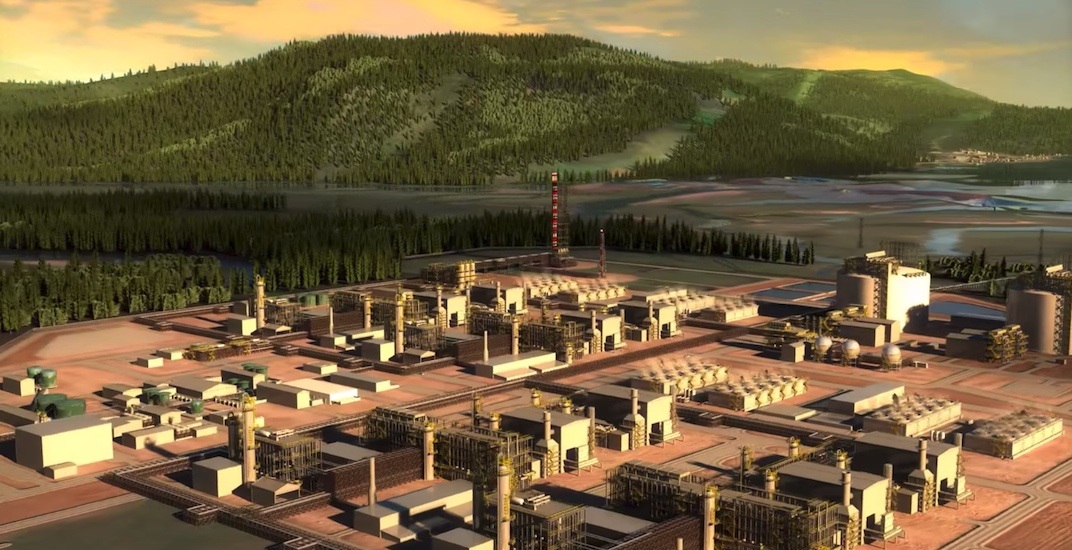 Artistic rendering of the LNG Canada plant in Kitimat, BC. (LNG Canada)

With the recent announcement of LNG Canada’s $40 billion project moving forward, many, particularly Green politicians, environmentalists, and fellow concerned sustainability advocates, have questioned whether Canada, or British Columbia, will be able to meet our greenhouse gas emission reduction targets.

The simple answer is yes.

The emission targets that both the province and the federal government have set are part of our Nationally Determined Contributions (NDCs) that were submitted to the United Nations’ Climate Change body when Canada signed onto the Paris Agreement.

The agreement, the first-ever legally binding global agreement to combat climate change, finalized in 2015, provides a framework for countries to collectively reduce greenhouse gas emissions to a level which limits global rise in temperature to 1.5°C.

Now, how could we possibly reach our emission reduction targets when we’re about to add an estimated 3.45 million tonnes of emissions to our current output?

Another simple answer is China, and the Paris Agreement itself.

Under the Paris Agreement, in Article 6, parties (countries), through cooperation both at the government and even the private-sector levels, can receive credit toward their reduction targets (NDCs) for emissions mitigation.

What does that mean and how is that all connected?

Essentially, with China rapidly moving to cut coal power consumption across the country, shifting to sources such as natural gas power plants, Canada could receive credit for assisting with the overall emissions reduction worldwide.

China plans to cut coal consumption by more than 10% by 2020, which will require a large amount of alternative energy sources, including natural gas.

It is estimated that natural gas power plants emit 50-60% fewer emissions than coal power plants, and China has already been identified as a major market opportunity by LNG Canada and government representatives.

So, despite adding nearly 3.5 million tonnes in new emissions to our annual output of roughly 61.5 million tonnes, we will most likely still meet our international commitments for emission reductions under the Paris Agreement.

This fact was probably one of the reasons why the Government of British Columbia provided an exemption to the carbon tax for the project.

Of course, both the provincial and federal governments will continue to push forward other measures and strategies to reduce our emissions at home, and will definitely expect British Columbians to play a key part in that.

In fact, our own personal consumption habits collectively in British Columbia amass more emissions and waste than our current oil and gas sector. The amount of waste, particularly plastic waste, and the overall consumption of beef, pork, and seafood, or the amount of water that is wasted in the production of craft beer and cotton t-shirts is immense.

Now, should our Green politicians, environmentalists, sustainability advocates, and concerned citizens relax and support the project?

I would suggest yes, and no.

British Columbians can recognize that we are part of a global community, and that collectively, through collaboration, we can reduce the global greenhouse gas emissions, and combat climate change. We will also see an estimated $500 million per year added to the local economy for decades, and an uptick in annual revenue for the provincial government that can support green projects.

However, we should be very concerned with the impacts on northern shipping routes, the amount of water and chemicals used to extract natural gas from the ground through the process called ‘fracking,’ and the potential increased demand on our hydroelectrical system.