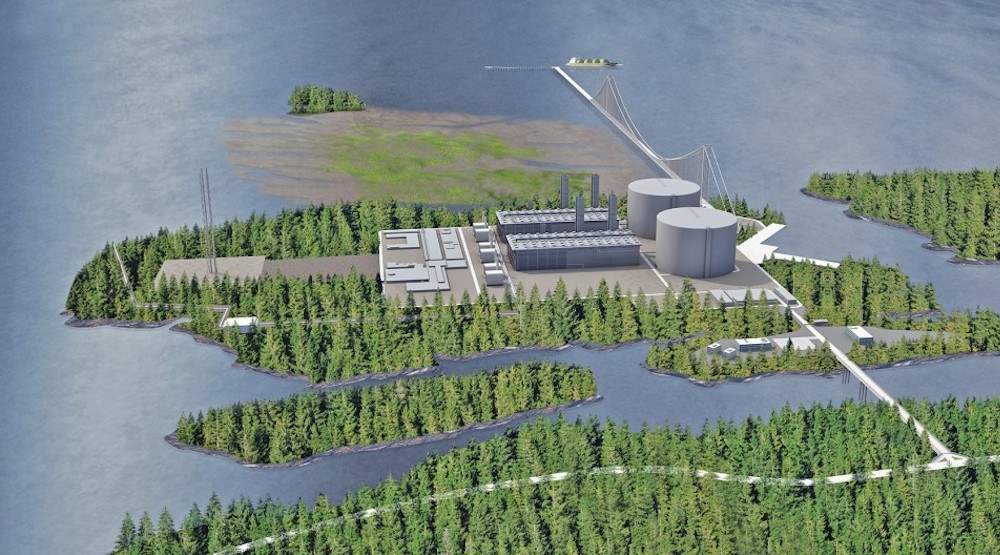 Just days after the swearing in of the new BC NDP provincial government led by Premier John Horgan, proponents of the BC Liberals’ much-touted Pacific Northwest LNG say the project has been cancelled.

The 900-kilometre-long project to transport natural gas from northeastern BC to a new processing facility and export terminal at Prince Rupert was expected to cost $36 billion. When it was first proposed in 2013, it was billed as one of the largest foreign direct investments in Canadian history.

It was cancelled despite receiving regulatory approval from both the provincial and federal governments.

“We are disappointed that the extremely challenging environment brought about by the prolonged depressed prices and shifts in the energy industry have led us to this decision,” said Anuar Taib, Executive Vice-President and Chief Executive Officer Upstream of Petronas, in a statement.

However, the company says it will continue its existing Canadian operations through its subsidiary to extract natural gas from BC and Alberta.

“We, along with our North Montney Joint Venture partners, remain committed to developing our significant natural gas assets in Canada and will continue to explore all options as part of our long-term investment strategy moving forward.”

The Petronas project was the largest of the proposed LNG projects in BC with a projected production output of 19.7 million tonnnes of LNG per year. The BC Liberals previously estimated the project on its own would create $2.5 million in new tax revenues annually, boost Canada’s GDP by $2.9 billion per year, and generate 5,000 jobs.

“Today’s decision represents a generational opportunity that’s been lost, especially for northern British Columbians” said Ellis Ross, BC Liberal MLA for Skeena, who blamed the BC NDP and Horgan for their opposition of the project during the election and proposal to hike carbon taxes beyond revenue neutral.

“The First Nations who were looking to LNG to support economic growth and a sustainable future in their communities are facing some tough decisions now that resource benefits are being pulled off the table,” Ross added. “Responsible resource development is essential to maintaining BC’s thriving economy and supporting families.”

However, analysts say the project did not move quickly enough, in part due to concerns from some environmentalists and First Nations, who threatened to stall the project with lawsuits and protests. There is now an oversupply in natural gas in the global market as many other LNG mega projects completed around the world over the last few years are churning out significant supplies.

“Since the beginning it has been clear that the global marketplace does not support the LNG industry that the BC Liberals promised in their 2013 election campaign,” said BC Green leader Andrew Weaver.

“Rather than doing the hard work​ required to strengthen and secure the economic opportunities already available in other sectors, the BC Liberals recklessly went all in on a single industry. They let opportunities for innovation and economic development in clean technology, the resource sector, and other major BC industries fall by the wayside.”

Other LNG projects in BC

Last fall, it was announced that the $1.6-billion Woodfibre LNG facility near Squamish would commence construction this year.