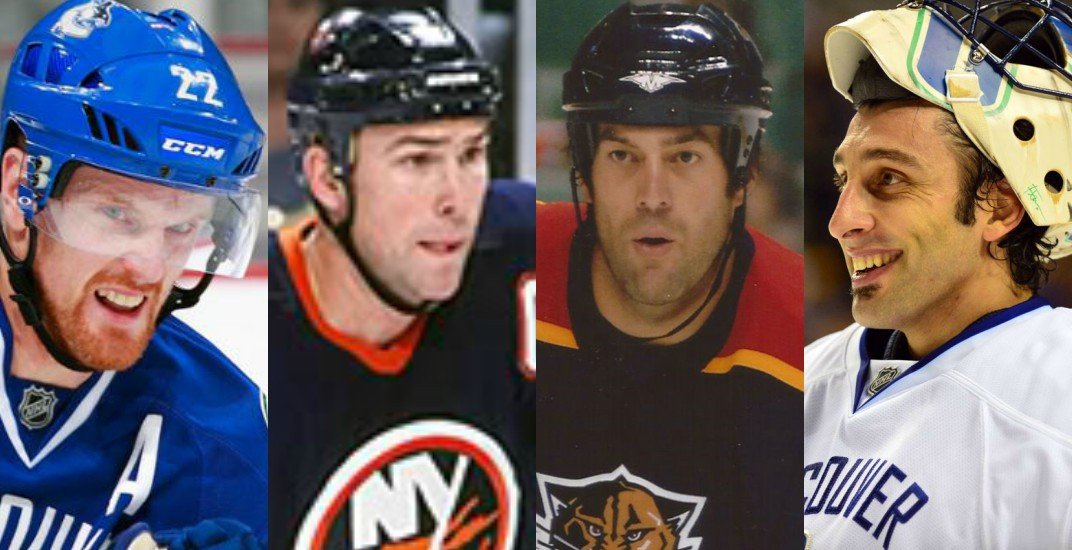 Twenty years ago today, a trade shook the foundation of the Vancouver Canucks organization.

In an already turbulent season that saw the likes of longtime president and GM Pat Quinn get fired, as well as fan favourites Kirk McLean, Gino Odjick, Dave Babych, and Martin Gelinas leave town via trade, it was the deal on February 6, 1998 that made the biggest impact.

Trevor Linden, the heart and soul of the Canucks for 10 years, was dealt to the New York Islanders. Less than four years after giving everything he had for the team in the run to the 1994 Stanley Cup Final, Linden was gone and Mark Messier had taken his place.

Mike Keenan, the former Rangers head coach who was in charge of the Canucks at that time, pulled the trigger on the deal.

It was unpopular at the time, given what Linden had meant to the franchise and the fact that he was still just 27 years old.

But history has been kind to the deal, due to a number of factors.

In exchange for Linden, Islanders general manager Mike Milbury gave the Canucks Todd Bertuzzi, Bryan McCabe, and a third round pick. It was a huge haul.

”It’s not a gamble,” Milbury said at the time. ”Because Trevor’s a guy who is also not so old. It only seems like he’s been around forever. But I am heartsick at times at losing McCabe.”

Bertuzzi, who Milbury hilariously didn’t mention in the quote above, was just 23 years old and went on to become the most dominant power forward in hockey for a (short) period of time. He scored more than 25 goals in a season on five occasions, and had seasons of 85 and 97 points in 2001-02 and 2002-03.

McCabe was a 22-year-old blueliner and went on to become a top-four defenceman, playing 1135 games in the league.

The third round pick was used to draft Jarkko Ruutu, a loveable agitator (if he was on your team) who played 652 NHL games.

Linden was never the same

During his first tour of duty with the Canucks, Linden was an important player.

“If you want a player like Trevor Linden, you have to give up something,” said then-Islanders head coach Rick Bowness.

The second overall pick in the 1988 draft, Linden scored 30 goals as a rookie in 1988-89 and went on to reach that mark five more times. He was a first-line player and was chosen to play for Canada at the 1996 World Cup and 1998 Olympics.

At the time of the trade though, Linden was suffering through his worst season ever with just 21 points (7-14-21) in 42 games. Though he did alright down the stretch with the Islanders that season, scoring 17 points (10-7-17) in 25 games, he would never reach the 20-goal plateau again in his career. He scored more than 40 points just twice more, and never reached the 50-point mark again.

He was still a capable NHLer though and was reacquired by the Canucks by GM Brian Burke in 2001.

It got them a Sedin

McCabe played just 105 games as a Canuck, but he was a huge part of the deal.

Just 14 months after being acquired, he was a key part of Burke’s wheeling and dealing on draft day in 1999.

Long story short, McCabe was the biggest reason why the Canucks were able to draft both Sedin twins instead of just one.

While Bertuzzi had a long and successful career with the Canucks, his biggest contribution was what he was able to fetch in another deal involving Keenan in 2006.

This time Keenan (GM with the Panthers) came out on the losing end, as Canucks GM Dave Nonis sent Bertuzzi, Bryan Allen, Alex Auld, and a conditional draft pick to Florida for Roberto Luongo, Lukas Krajicek, and a sixth round pick.

A likely Hall of Famer one day, Luongo went on to become the best goaltender in franchise history and nearly brought home the Stanley Cup in 2011.

While other trades have arguably been more lopsided (ie. Markus Naslund for Alex Stojanov in 1996), there hasn’t been another deal this impactful in Canucks history.

Bertuzzi was a huge part of the West Coast Express era, rejuvenating the fanbase and bringing entertaining hockey to Vancouver in the early 2000s. The Sedins and Luongo were the best players for the most successful era of Canucks hockey ever.

And who do we have to thank? Reluctantly, it’s Mike Keenan.