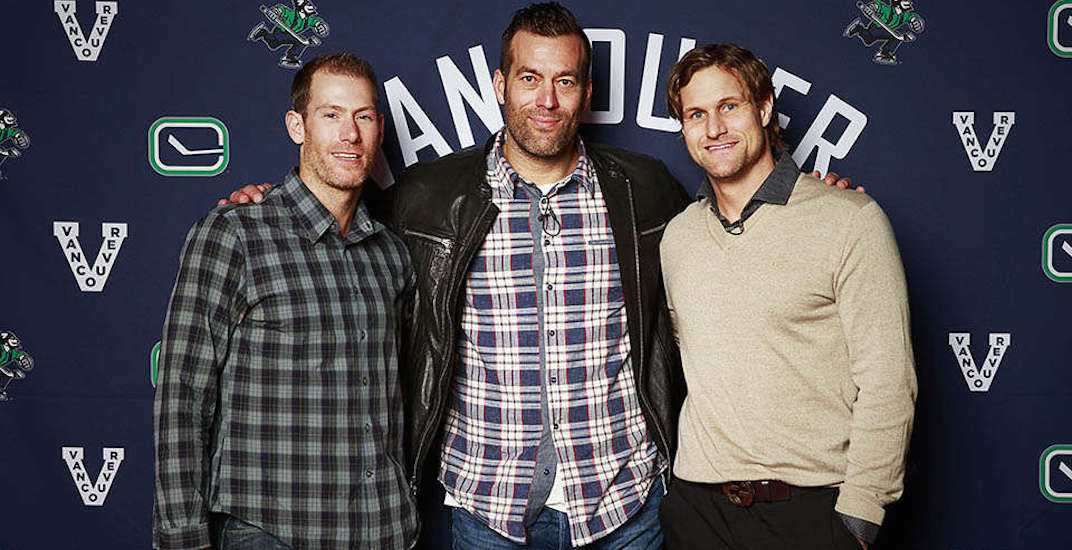 At the peak of his career, there wasn’t anybody in the NHL more feared than Todd Bertuzzi.

A 6-foot-3, 230-pound power forward with the Canucks, Bertuzzi oozed confidence and could score, pass, hit, and fight. He could dangle around you or run you over.

He was a straight up badass, and a fan favourite in Vancouver.

But after the famous incident that would change his life forever, his play deteriorated. He had back injuries, was traded by the Canucks, and never returned to form. In the second half of his career and into retirement, Bertuzzi also quietly dealt with problems regarding mental health.

For the first time for a Vancouver audience, Bertuzzi shared his story in an interview with Sportsnet 650 on Bell Let’s Talk Day.

“Just sitting there and crying for no reason,” Bertuzzi told interviewers James Cybulski, Steve Darling, and Mira Lawrence, describing what he went through. “And not understanding what is going on.”

Education around mental illness has come a long way in the past handful of years. But back in 2014, with his career in decline, Bertuzzi didn’t know what was going on.

“It was my last year with the Red Wings. I knew it was coming to an end and I didn’t think that I was going to be re-signed,” the 41-year-old former hockey player explained. “I was quite injured and battered up. I was coming off another back injury that put me in the hospital for a couple of weeks.”

“There was just a lot going on with me at the time. I was unaware of a lot of it, but it was starting to come to the forefront.

“I remember sitting at the Cactus Club with a handful of my teammates in Vancouver and all of a sudden I started getting the sweats really really bad and then all of a sudden my heart started going like crazy and I wasn’t sure what was going on and I kind of got scared and I told the guys I’m going to head back to the hotel. Luckily I got ahold of my trainers in time before I passed out in the lobby.”

The Canucks doctors were called over to help him in what turned out to be a panic attack.

“I was a hockey player, supposed to be a superhero or this big tough thing,” Bertuzzi said of how he first dealt with the situation.

Though he didn’t mention the incident specifically, it’s clear that the Steve Moore incident took a toll on him. Bertuzzi was suspended indefinitely after ending Moore’s career with a punch on March 8, 2004. It took until Bertuzzi’s NHL career was over in August 2014 before a settlement would be reached.

“I’m man enough, I can say that from 2004 on, and with retirement coming near the end and not being the player in my mind that I thought I could have ended up being, regarding everything that has happened, I think the buildup of all that and retirement kind of drew me over the edge. I never wanted to speak about it or talk about it because I always thought that public opinion would just squash on me again. But I’ve accepted where I’m at in life, and I understand everything that I’ve done. I’m comfortable with who I am now.”

Reaching out to family and friends got him through a tough time in his life, something that got even worse after his career was over, lasting three to four years.

“It’s actually a serious problem. Unfortunately not too many people are able to muster up the courage to speak.”