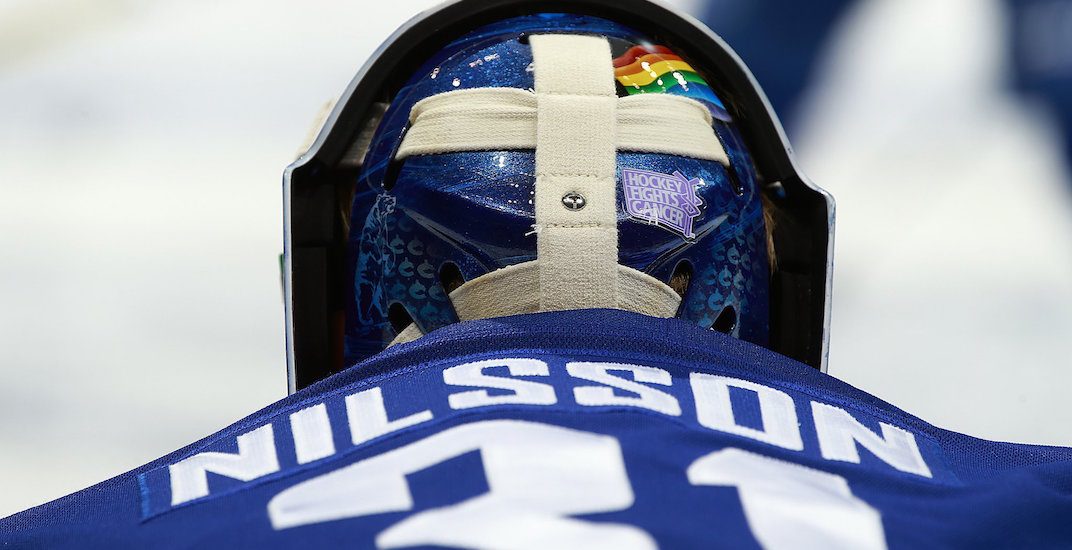 When Anders Nilsson debuted a new goalie mask earlier this season, it showed he was a progressive person in a traditionally macho world of pro sports.

The 27-year-old Canucks goaltender chose to display the pride flag on the back of his mask “to support my gay friends,” as he explained at the time.

While just a small show of support, it’s something that would have been unheard of 10+ years ago. It shows how the sports world is starting to become more inclusive, and Nilsson is one of the athletes helping the cause.

For his efforts, he was recognized by the LGBTQ community back in his native Sweden.

Nilsson was named ‘Hetero of the Year’ at the QX Gay Gala for promoting diversity with the artwork on his mask.

“It’s a great honour being awarded Hetero of the Year in Sweden,” said Nilsson in an Instagram post on Monday. “Thank you everyone that has voted on me and think I deserved this award.”

The awards show, which celebrated its 20th anniversary, is a big deal in Sweden. This year’s event was televised and included a performance by Mel C of the Spice Girls.

“It’s great to see that the rainbow flag on my goalie helmets has been getting so much attention,” Nilsson continued. “For me it is really important to be a good role model and show that hockey is for everyone. Especially when it comes to kids and teenagers.

“Everyone should feel welcomed to play hockey, no matter your sexual orientation, religion, or race.”