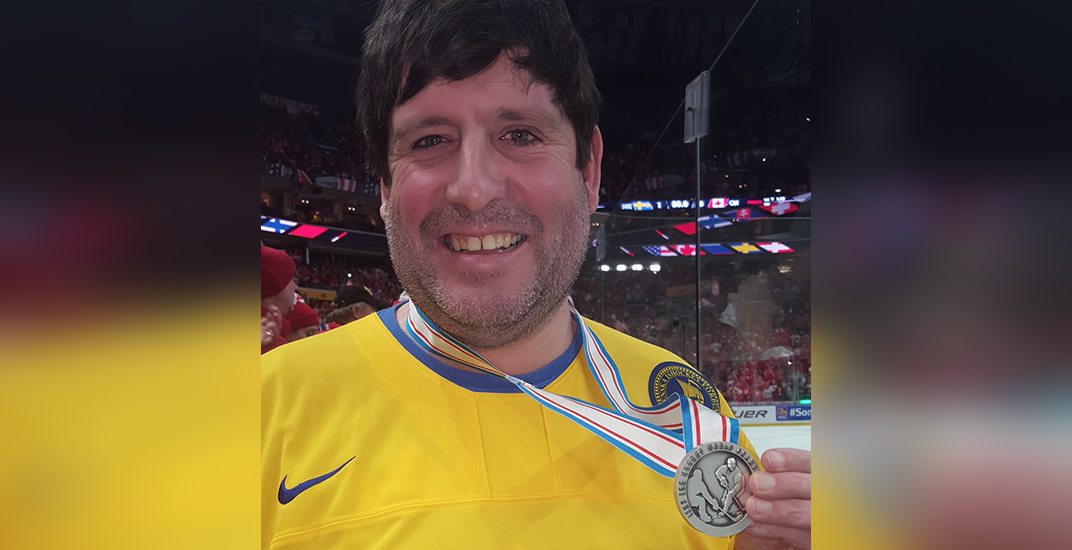 It was not your typical medal ceremony.

Having just lost the World Junior Championship gold medal final to Canada in heartbreaking fashion, Sweden’s captain was not interested in a silver medal.

Lias Andersson, a 19-year-old New York Rangers draft pick, had given his all but came up short. Emotions were still running high when the youngster was to accept his medal.

In an unprecedented move, Andersson threw his medal into the crowd mere seconds after receiving it.

The medal was caught by Bill Shaflucas, a hockey fan from Buffalo who was wearing three jerseys. Shaflucas took off two Team USA jerseys to reveal a yellow Sweden jersey – which went perfect with his new medal.

Though he was basically handed the perfect souvenir, Shaflucas kindly offered it back (after taking some photos with it). He flagged down one of the trainers to willingly give it back.

I did give it back! He may not want it today, but he will someday!

“He’s worked all his life for this medal and even if he doesn’t want it, his family might,” Shaflucas told BarDown. “If they don’t want it either, than they can still send it back to me haha. I’ll take it then.”

Given a chance to cool down before speaking with the media, Andersson still hadn’t changed his tune.

“I have a silver medal from the U18 Worlds and I haven’t checked it in two years,” said Andersson, explaining that he threw it to a fan that wanted the medal more than him.

Asked if he was glad he got it back, he answered simply “no.”

As for the reason why he was wearing so many jerseys? Apparently it was an inside joke with some buddies that he knew would see him on TV given his seat behind the bench.