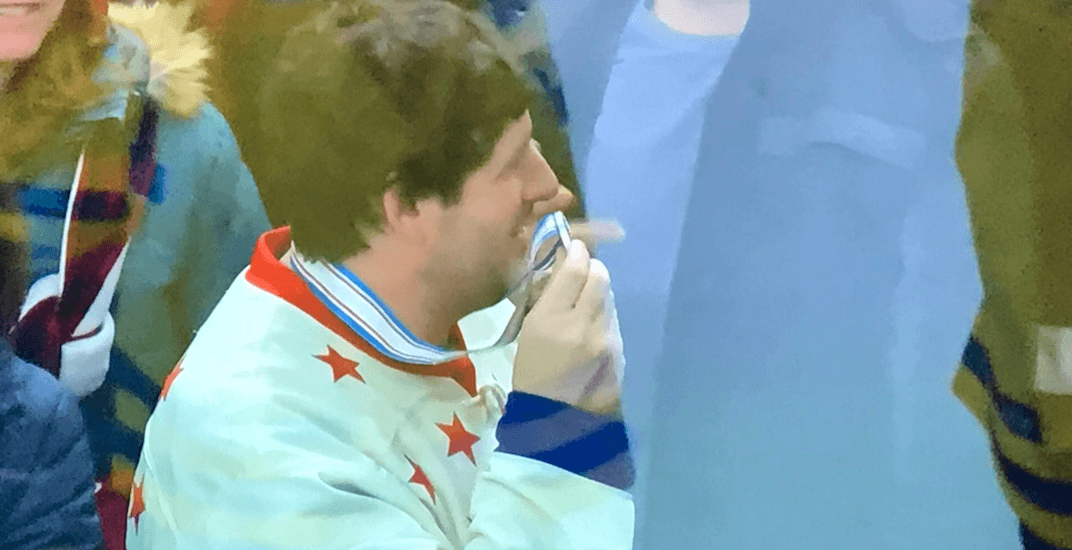 The 2018 World Junior Championships came to a dramatic end on Friday, with Canada scoring the winning goal with under two minutes left in the gold medal game. It was a tough pill to swallow for Sweden, who suffered their first loss of the tournament at the worst possible time.

It was particularly emotional for Sweden’s captain, Lias Andersson, who is a New York Rangers draft pick.

Andersson wanted nothing to do with the silver medal, and he proved it. The 19-year-old centre actually threw his medal into the crowd seconds after receiving it.

Talk about a souvenir.

Even better, it turns out this guy – who was wearing two USA jerseys – was a closet Sweden fan.

Sweden put forth a valiant effort, outshooting Canada 36-28, but came up just short of their first gold medal at this tournament since 2012.