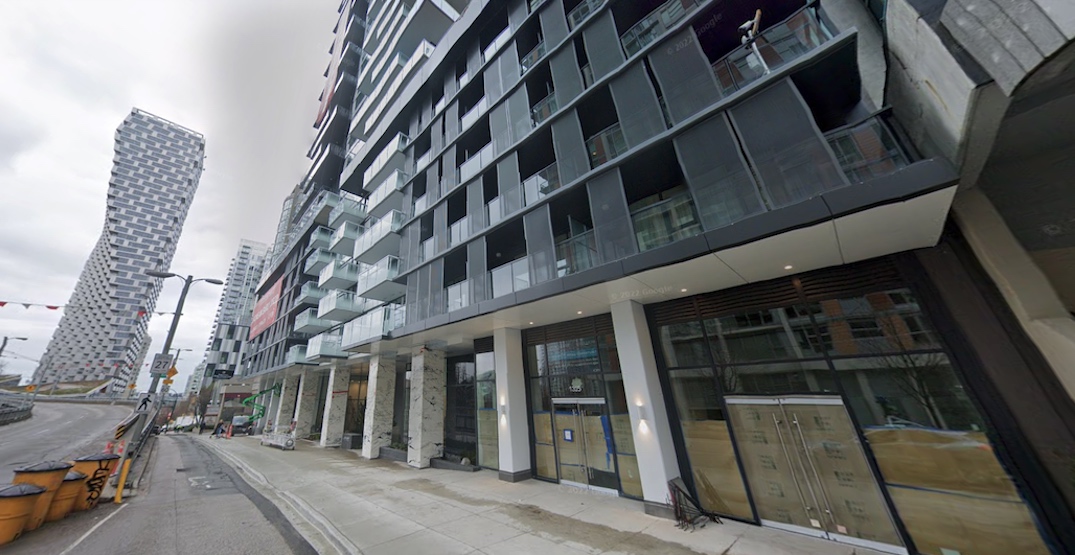 There is a new hotel next to the southern end of the Granville Street Bridge in downtown Vancouver, but it is unlike the typical hotel for short-term stay visitors.

There are a total of 112 Level fully-furnished suites, and all bookings are required to be extended stays of over 30 nights. This short-term rental property caters to remote workers, traveling families, corporate relocation workers, the film and television industry, and international students, as well as local residents needing temporary accommodations while they renovate their home. 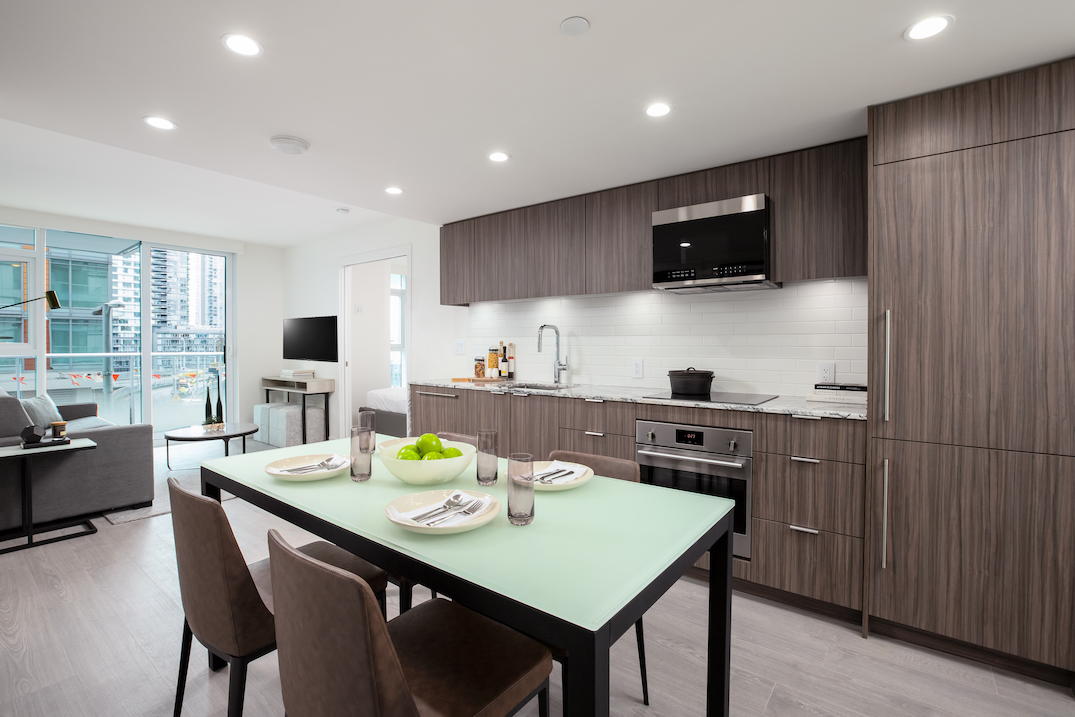 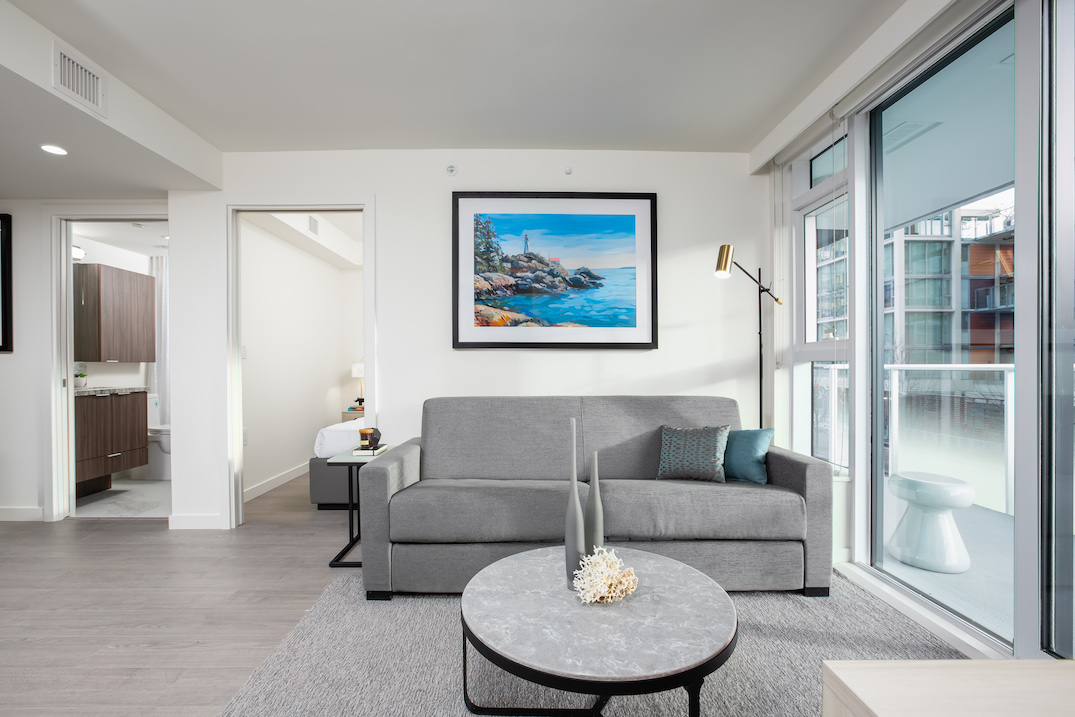 Guests will have access to the same amenities as the building’s condominium residents, including the outdoor pool on the podium rooftop, fitness gym, indoor and outdoor entertainment areas, a children’s play area, and a bookable lounge.

Level guests will access the building through the separate hotel entrance at 1333 Howe Street.

Above the Level floors, the tower contains 120 condominium homes, known as the 1135 Howe Refined Residences. The tower is designed by architectural firm IBI Group. 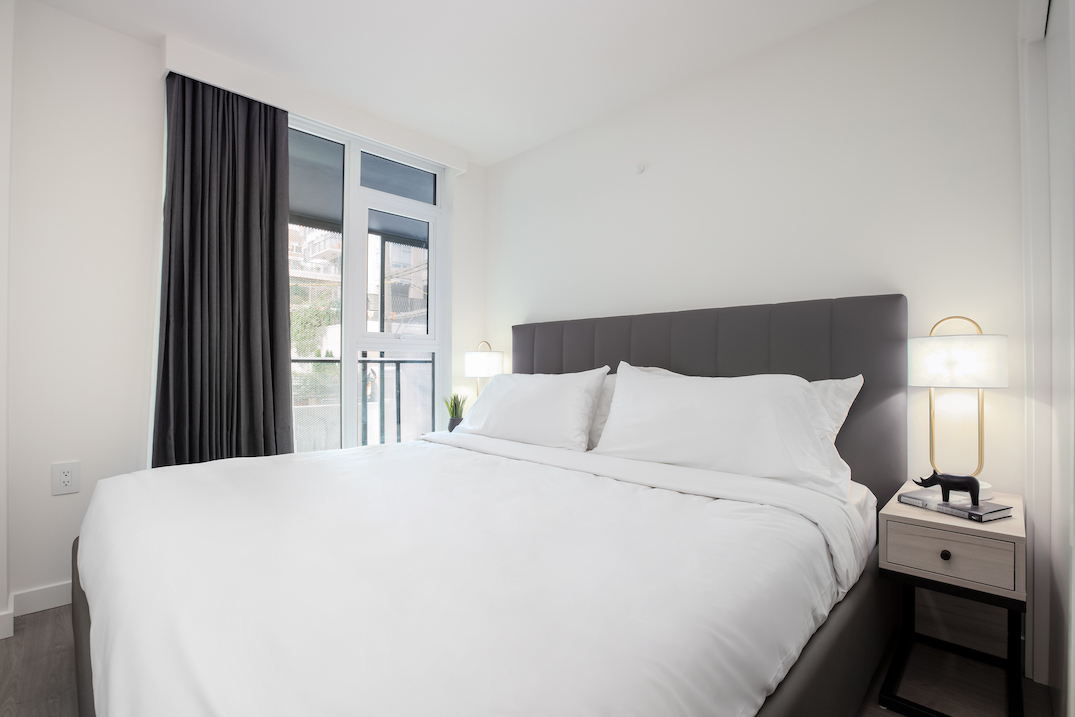 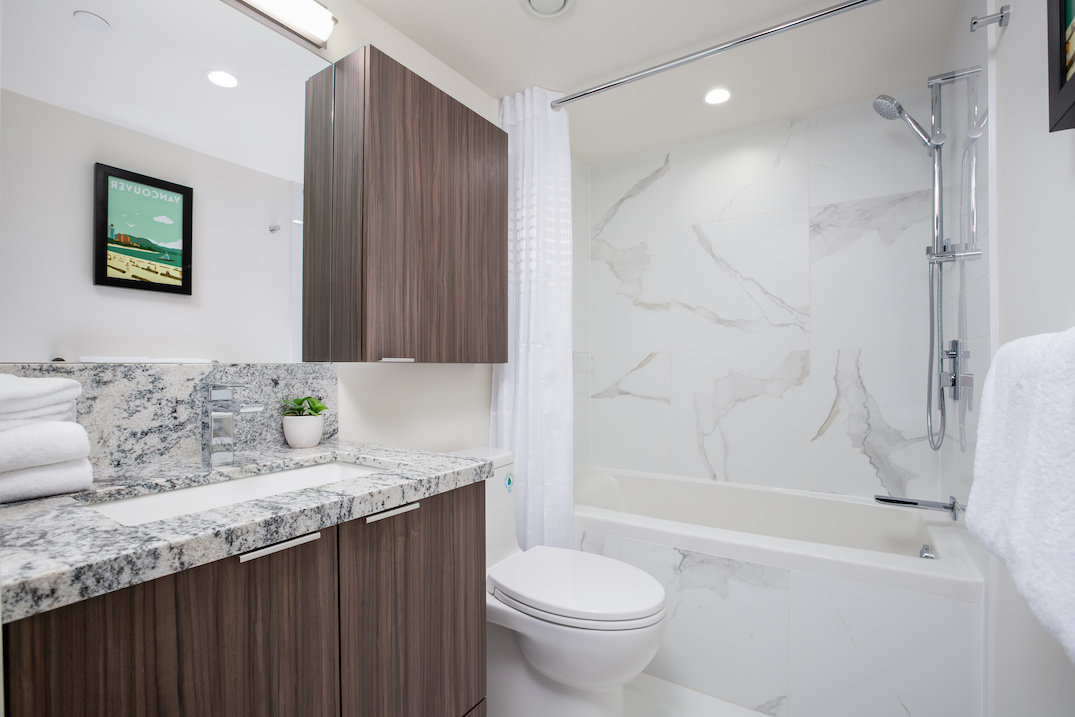 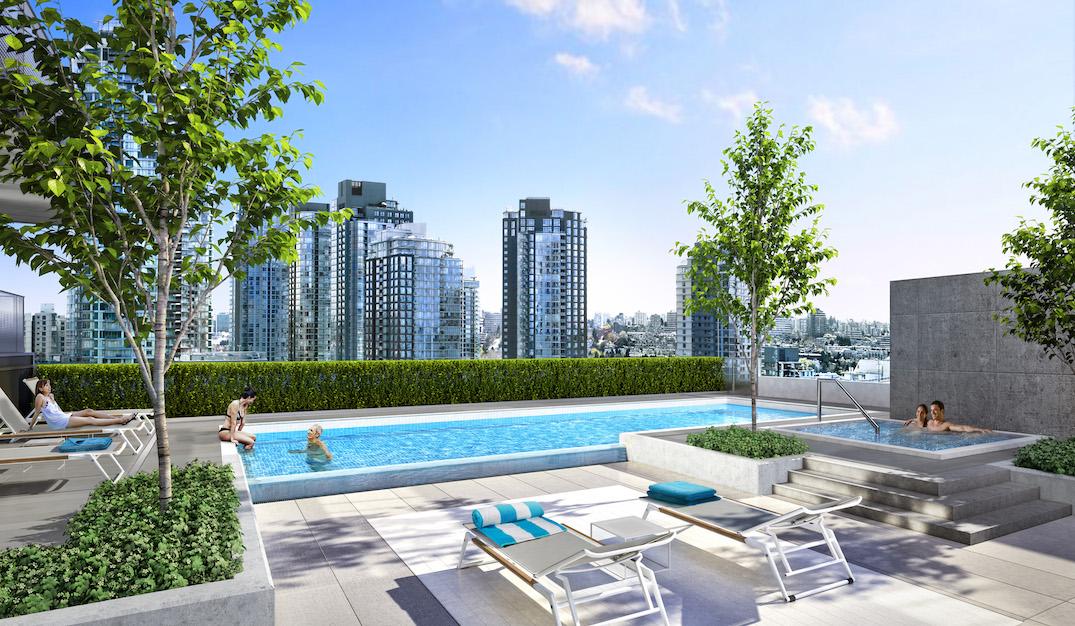 Up until about a decade ago, the property was used as the three-star Quality Hotel Downtown Vancouver, which had 157 guest rooms and suites. Prior to the hotel building’s demolition, it was briefly used by the City of Vancouver as a homeless shelter.

With the opening of Level Vancouver Downtown-Howe, this brings Onni’s Level Hotels furnished extended-stay accommodations inventory to 431 units and one luxury penthouse within Vancouver. This includes Yaletown-Seymour at 1022 Seymour Street and Yaletown-Richards at 1388 Richards Street.

All of the Level Hotels properties are integrated with Onni’s condominium developments. Onni also has one Level property strategically located at Seattle’s South Lake Union district, where Amazon’s global headquarters office buildings are situated, as well as three properties in downtown Los Angeles and two properties in Chicago. 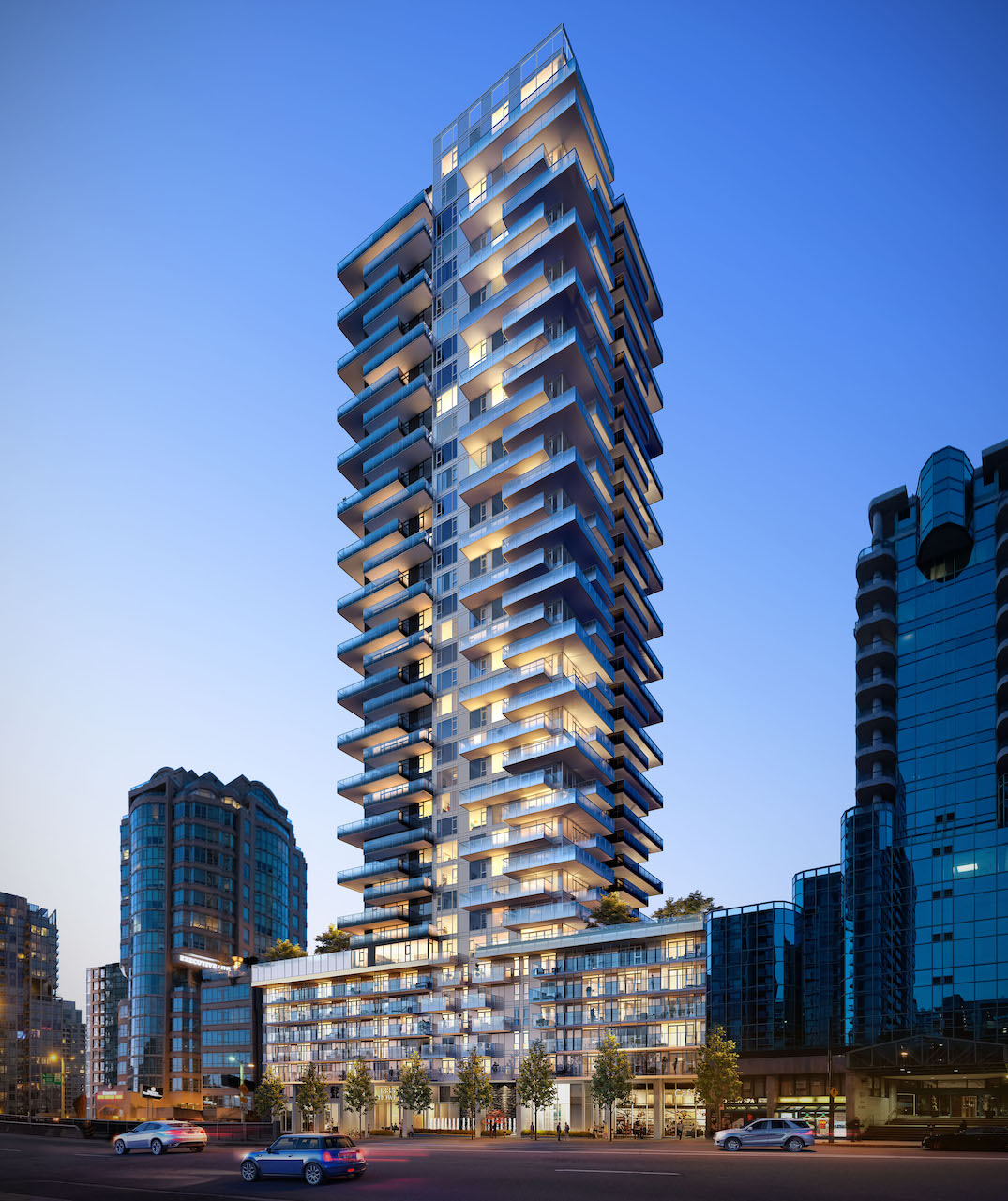