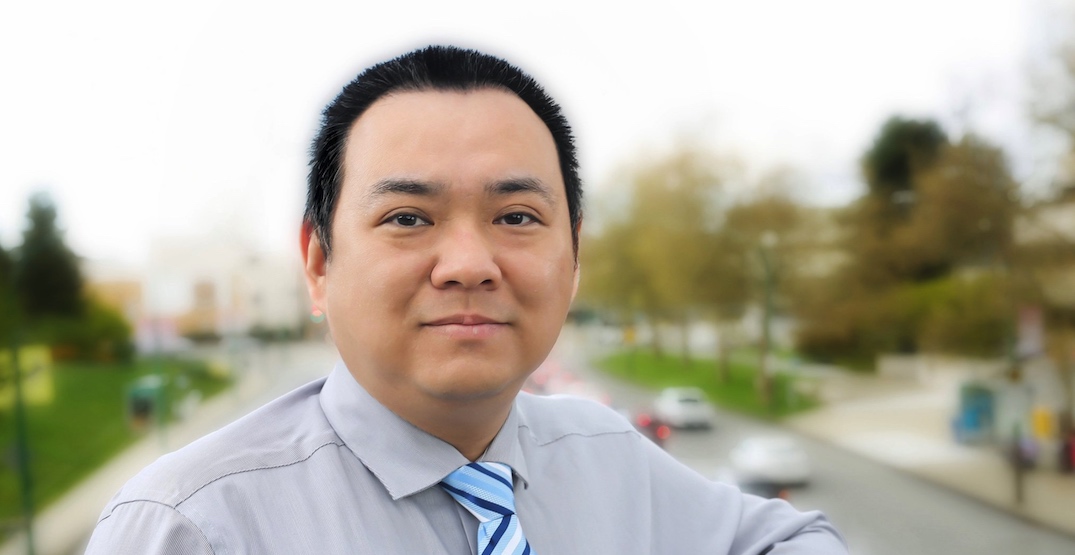 Lenny Zhou has been named as the fifth candidate for Vancouver City Council, under the umbrella of Ken Sim’s ABC Vancouver party, ahead of the upcoming civic election.

According to a release today, he currently works as an engineer for Provincial Health Services Authority at BC Children’s Hospital.

“As a professional engineer, I would like to bring evidence-based policy-making back to Vancouver City Hall. I want to use my expertise in engineering to get Vancouver’s infrastructure back on track,” said Zhou.

“I am running because I want to give back to the community that has given me so much. I’m concerned about the rise of crime and racism we’ve seen over the last four years, and I’m worried for my friends and family — we can do better,” he added.

Zhou first moved to Vancouver in 2005 to complete his master’s degree at the University of British Columbia, and he now lives in East Vancouver with his wife and their infant son.

“I’ve had the opportunity to build a life here in Vancouver with my family and have been given the chance to devote my career to helping others. I want to make sure Vancouver is a safe, affordable city for my son and the next generation to grow up in,” he continued.

The party adds that he is one of the first candidates of Chinese descent to be nominated for city council by a major slate. Despite Vancouver’s significant Asian population, the existing city council lacks any direct representation of this large community.