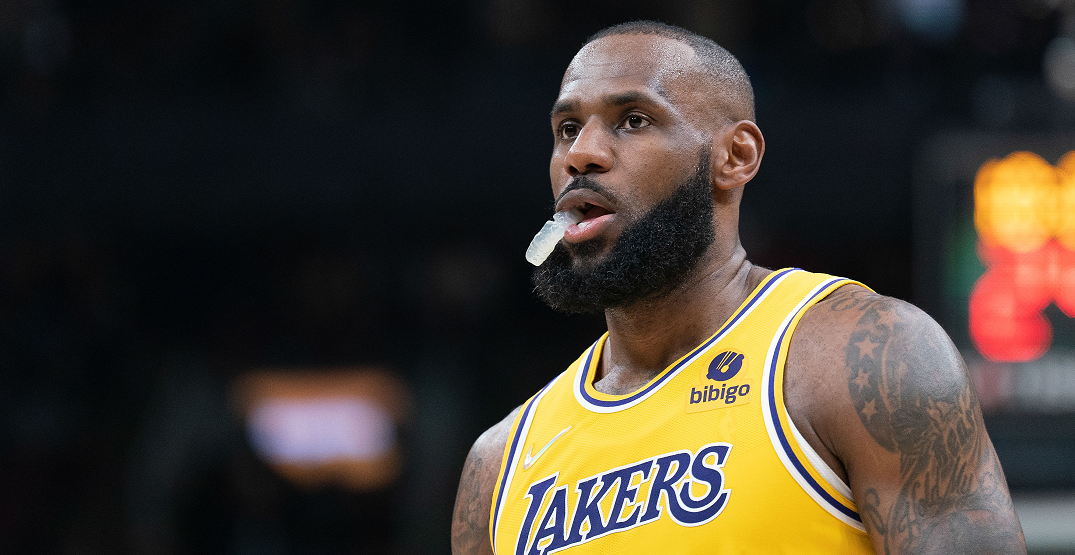 LeBron James might be a billionaire one day, but he isn’t immune to Canadian roaming charges.

“LeBron is the most frugal person I know. When we walk into a place, the first thing LeBron says is, ‘what’s the Wi-Fi password? I don’t want to use my data,'” Rooks said, paraphrasing an interview of hers with Chris Paul.

“Oh, yeah, I’ve seen that a million times in Toronto,” Love replied. They talk about wealth and all that, like, sometimes it’s the things you don’t see. And for him, it’s like, if we’re in Toronto, right? That drive from the airport and going through customs to then getting to our hotel, yeah, there’s no data used at all. He’s waiting for the Wi-Fi all the time.”

"He's waiting for the wifi all the time."@kevinlove says @KingJames is the most frugal player he knows 😭 pic.twitter.com/8Ij4HFl0YG

Love and James played 252 games together as Cavaliers teammates, and remain active in a group chat. Their greatest moment together came in the 2016 NBA Finals, where they came back from a 3-1 deficit to defeat the 73-win Golden State Warriors.

“What’s a great finance saying, a small leak can sink a great ship? That’s not even a small leak. It’s nothing!” Love added.

Despite the odd behaviour from the future Hall of Famer, Love says he understands where LeBron James is coming from.