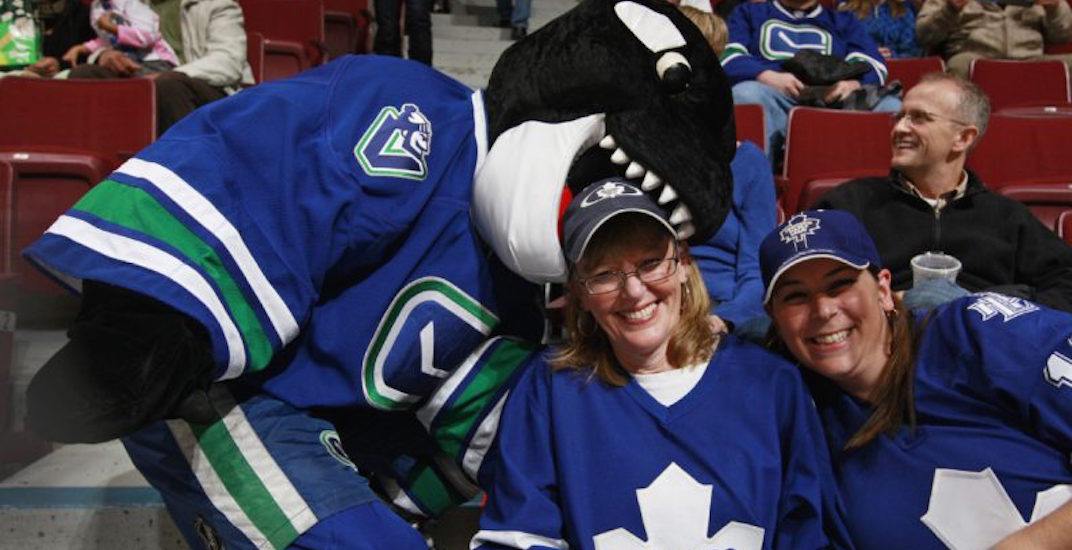 Paul Martin was our Prime Minister.

Hollaback Girl was a hit song and That ’70s Show was still on the air.

The Toronto Maple Leafs were in town for a Tuesday night game at GM Place against the Vancouver Canucks. It was the first season after the lockout-cancelled year, and the Canucks were still rocking the navy Original Orca uniforms.

The coaches were Marc Crawford and Pat Quinn. The captains: Markus Naslund and Mats Sundin. Alex Auld and Ed Belfour were the starting goalies.

This was the last time the Leafs visited Vancouver and were forced to play at 7 pm.

Fast forward to 2019 and the folks in Toronto will once again be forced to stay up late past their bedtime to watch their beloved team. In a move that will surely bring a smile to Dave Pratt’s face, the Leafs will play the Canucks at Rogers Arena on Tuesday at Vancouver’s preferred start time: 7 pm.

Canucks fans had become accustomed to the Leafs visiting Vancouver on Saturdays at 4 pm, a near-annual tradition that stopped last year.

HNIC boss Scott Moore joins Pratt and Ball to discuss WHY the Leafs get a 4:00 start IN Vancouver on October 24th..

Vancouverites, by and large, don’t hate 4 pm starts. They just don’t like the idea of rearranging anything for Toronto.

Of course the leafs game is at 4:00 in Vancouver. Gotta make sure precious baby Matthews and Marner are in bed before 9:00

The Leafs visited on a Wednesday last season, but were still given preferential treatment in the form of a 6 pm start — a time usually reserved for the Western Conference Final when the NHL adjusts start times for a national audience.

The recipients of the early start this year are the Edmonton Oilers, who host the Leafs at 5 pm MT on Saturday.

Television ratings are typically the reason for adjusting the start time to suit the larger Southern Ontario audience. Tuesday’s game will be televised on Sportsnet regionally in BC and Ontario.