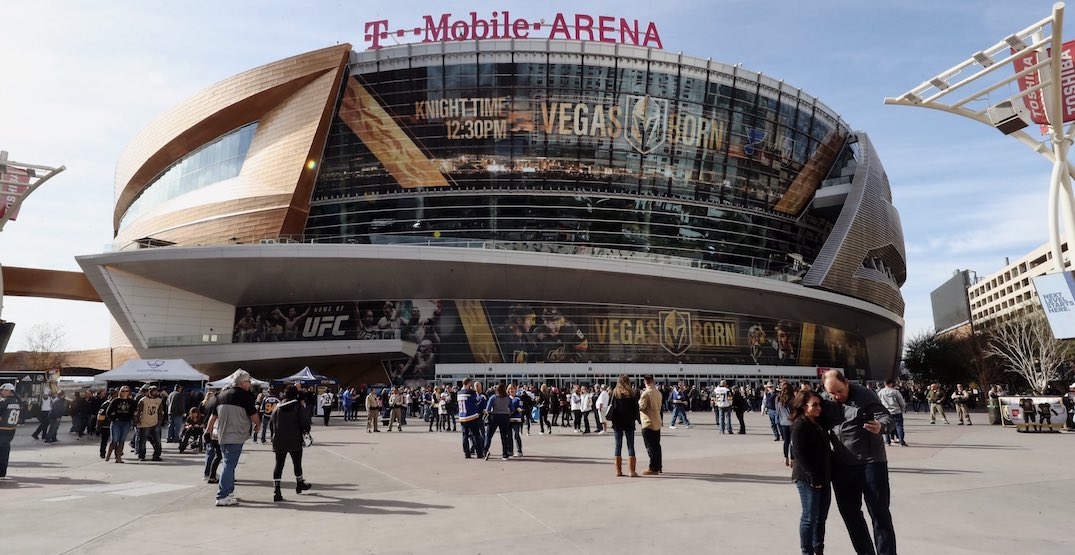 It appears that the NHL has chosen at least one of its two hub cities for the resumption of play this summer. According to multiple reports, including from Adrian Dater out of Colorado and Rob Fai out of Vancouver, Las Vegas will host games when the NHL returns to play.

Las Vegas has been working around the clock on this and has every element prepared from 6-8 teams per hotel to where players will eat, get tested, travel for practices, etc. Four venues for ice time available.

Vegas has been a frontrunner since the beginning, given its unique hotel/resort infrastructure close to T-Mobile Arena, the state-of-the-art arena home to the Golden Knights. Nevada also hasn’t been hit as hard as many other parts of the United States, with only 458 of the country’s 115,576 death toll coming from the state.

What’s still unclear is what teams will play games in Vegas, and what other city will be chosen to host games. Of the nine other cities shortlisted by the NHL, just three (Toronto, Pittsburgh, and Columbus) are located in the Eastern Conference, though the league has previously stated that they could pick two cities from the same conference.

What’s also in doubt is if hub cities be allowed to host their home teams (i.e., the Golden Knights playing in Las Vegas), given the perceived home ice advantage — even without fans in attendance.

Vancouver and Edmonton appear to be frontrunners as the league’s other hub city location, but only if the Canadian government agrees to make a special arrangement for NHL players, staff, and officials regarding the mandatory 14-day quarantine rule. That’s something that BC Provincial Health Officer Dr. Bonnie Henry has agreed to, at least in the context of playing games in Vancouver. BC Premier John Horgan has also advocated for altering the definition of the rule for the NHL, whose players will be tested regularly and be kept separate from the public.

“Dr. Henry has reviewed the plan and it involves modifications to the quarantine plan that would allow a team to be a family entity or a bubble,” Horgan said on Wednesday. “And so those individuals within that organization would stay together in one hotel. They would travel to Rogers Arena together in private transportation.

The NHL announced today that training camps will begin on July 10, presumably at each team’s home city. The restart date for games has yet to be determined.