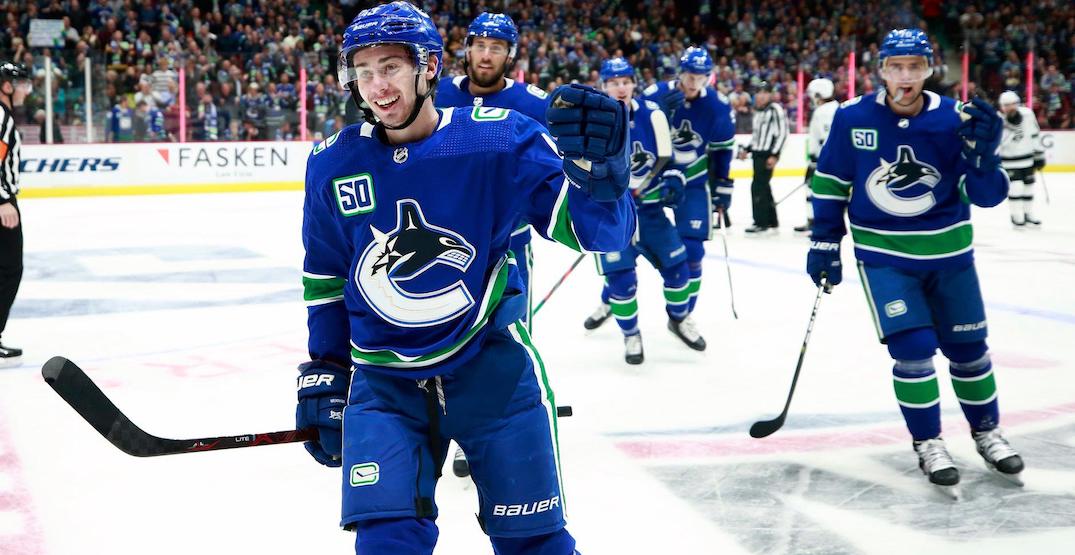 Both BC Premier John Horgan and Provincial Health Officer Dr. Bonnie Henry want the NHL to come to Vancouver, and now they’re advocating the federal government to make alterations to the 14-day quarantine rule to make it happen.

“The Vancouver Canucks’ proposal for an NHL hub city has been approved by the public health officer, Dr. Henry, and our government,” Horgan said today during a media conference in Victoria. “As a result, I’ve written to the prime minister, advising him that Vancouver and British Columbia would welcome the NHL, as per the plan that was put together by the Vancouver Canucks, the NHL, and of course public health officials.”

Two hub cities will be selected to host the remainder of the NHL season, with Commissioner Gary Bettman expected to make a final decision this month. Vancouver, Edmonton, and Toronto are among 10 cities being considered, but not if the Canadian government insists on requiring players, staff, and officials to self-isolate for 14 days upon entry to the country.

A pair of letters were sent from Victoria to Ottawa today, with Premier Horgan making a case to Prime Minister Justin Trudeau, while Dr. Henry wrote to Tina Namiesniowski, the president of the Public Health Agency of Canada.

“The Vancouver Canucks are currently in discussion with the National Hockey League (NHL) for Vancouver to be a host city for the 2020 NHL playoffs and this is very exciting news for BC and Canada as a whole,” Dr. Henry said.

“I am now comfortable indicating my support for this initiative as long as a very strict modified team quarantine and testing protocol as outlined in the plans is followed.” 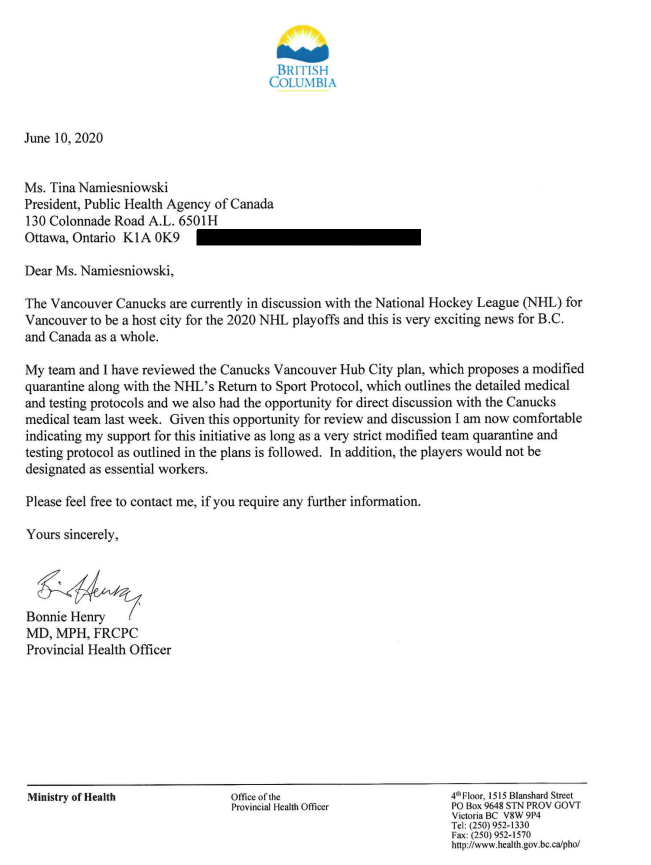 In Horgan’s letter to Trudeau, the BC Premier noted that the province has “successfully managed to suppress the spread of the novel coronavirus.” He added that BC is now in a position to help “revive economic activity” and “raise the morale” of residents.

The request for modification of the 14-day quarantine rule involves viewing teams as “isolation bubbles,” given they would be confined to their hotel and arenas, with private transport and repeated testing for COVID-19.

“This modified quarantine regime would enable NHL teams to resume playing without adverse effects on BC residents,” Horgan said. 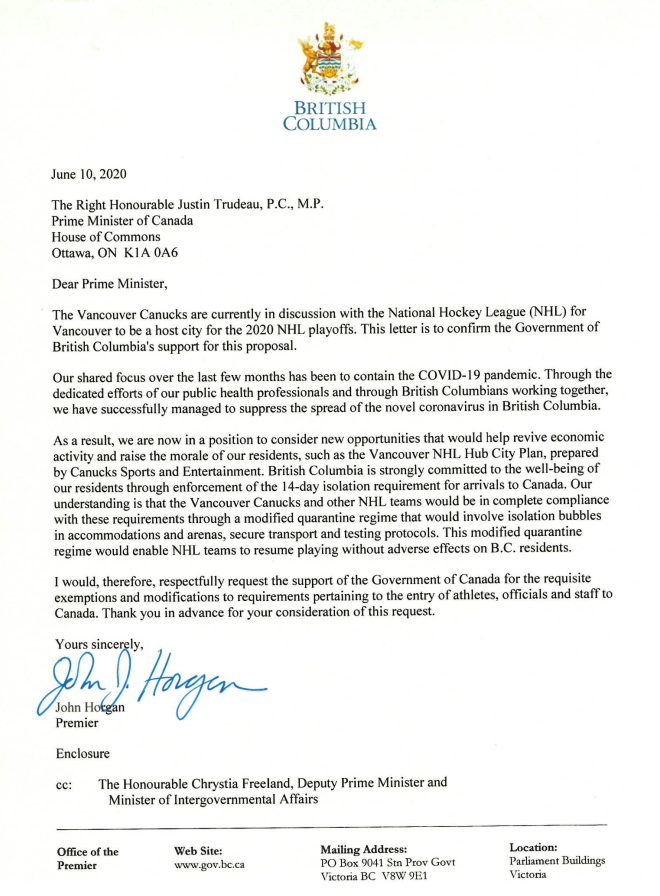