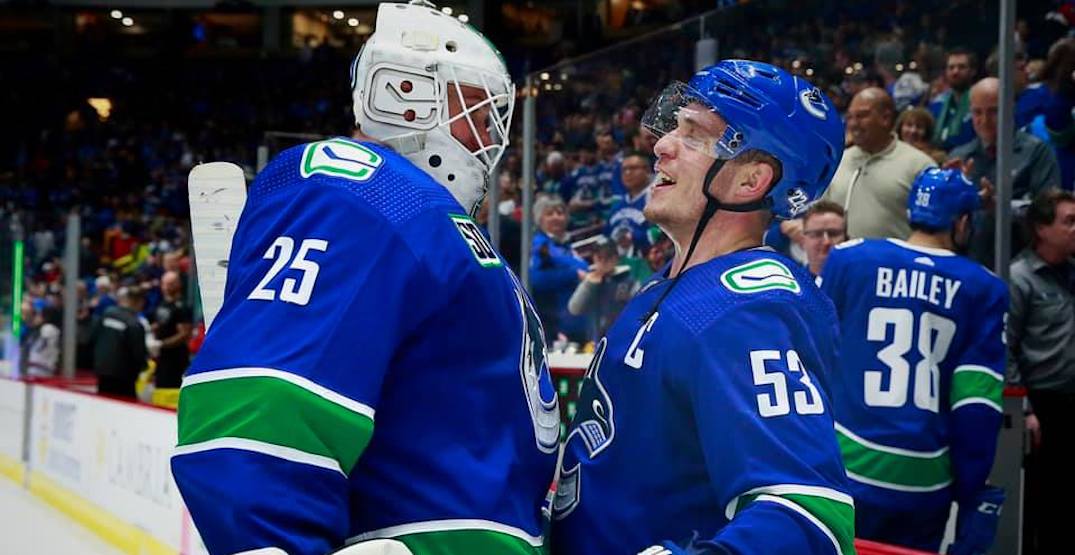 Addressing the media from Victoria on Wednesday, Horgan announced that the province is in favour of altering the mandatory 14-day quarantine rule for visiting NHL teams — a necessary step to keep Vancouver in the running to host NHL games this summer and into the fall.

The plan would need approval from the federal government and selection from the NHL, but it could result in 12 teams playing games at Rogers Arena when it restarts this summer. Vancouver is one of 10 cities the NHL is considering to host games, with a decision on two hub cities likely to be made within the next two weeks.

The BC government wants to treat NHL teams like their own “bubble,” with the idea that players and staff wouldn’t come into contact with the public during their first 14 days in the country. Teams are expected to stay at the same hotel, with the JW Marriott at the Parq Casino a likely candidate given its proximity to Rogers Arena.

“Dr. Henry has reviewed the plan and it involves modifications to the quarantine plan that would allow a team to be a family entity or a bubble,” Horgan added. “And so those individuals within that organization would stay together in one hotel. They would travel to Rogers Arena together in private transportation.

The NHL is expected to spend millions of dollars on tests for their players, in an attempt to prevent an outbreak from taking place.

“Tourism Vancouver has participated in this process with the Canucks. They see a significant benefit to hotels, food, and other services if the Canucks and other teams are participating in an extended season and playoff platform that would involve Vancouver beginning to end.

“That’s an exciting thing for hockey fans. I’m going to be on my couch watching the games regardless, whether they’re in Vegas or Vancouver, but I really believe that British Columbia has a great deal to offer the NHL, particularly the players. If you were bringing your family to somewhere in North America, for the summer months, to spend time while you play hockey, I can’t think of a better place than British Columbia.

“The protocols would have to be followed, public health is going to monitor this from beginning to end, but I’m excited about the proposal, Dr. Henry’s excited about it, and both of us have written separately to the federal government to advance that initiative.”