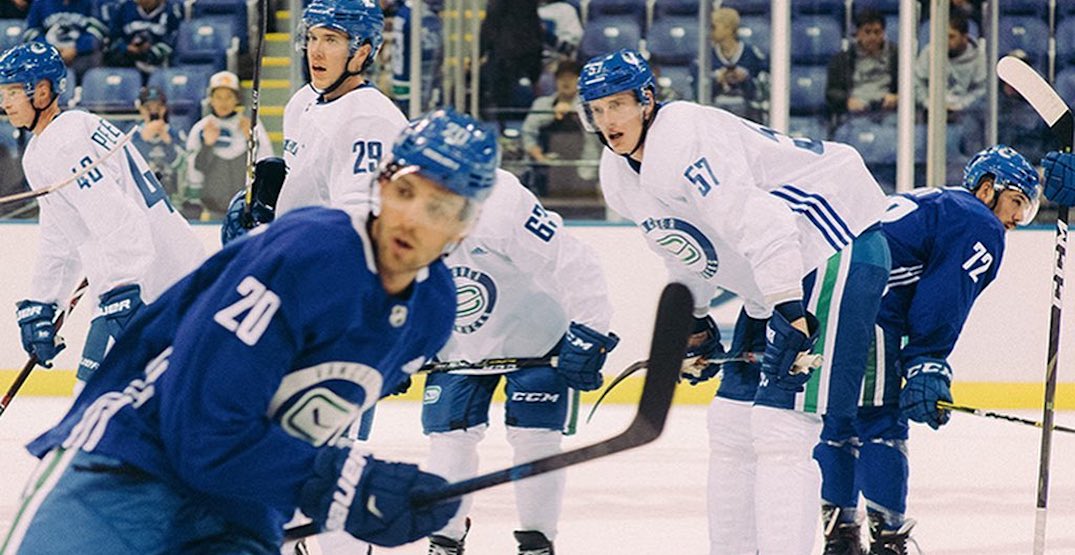 The NHL and the NHLPA have come to an agreement for the start of formal training camps for the 24 teams that will resume play this summer. Each team will begin training camp on Friday, July 10 — presumably in their home city — provided that medical and safety conditions are met.

The length of training camp is still being negotiated, as is the start date for the regular season.

The NHL is currently in Phase 2 of its return-to-play plan, meaning that groups of up to six players are allowed on the ice together at team facilities. Some teams have taken advantage of that, like the Edmonton Oilers, while others have chosen not to up their facilities yet.

In Vancouver, for instance, the Canucks have not opened up Rogers Arena because many of its players are out of town and the players in town already have access to practice ice. Canucks defencemen Chris Tanev and Troy Stecher, along with Milan Lucic of the Calgary Flames and Brendan Gallagher of the Montreal Canadiens, are skating at a rink in nearby Delta, BC.

Training camps represent Phase 3, while returning to play in two hub cities is the fourth and final phase.