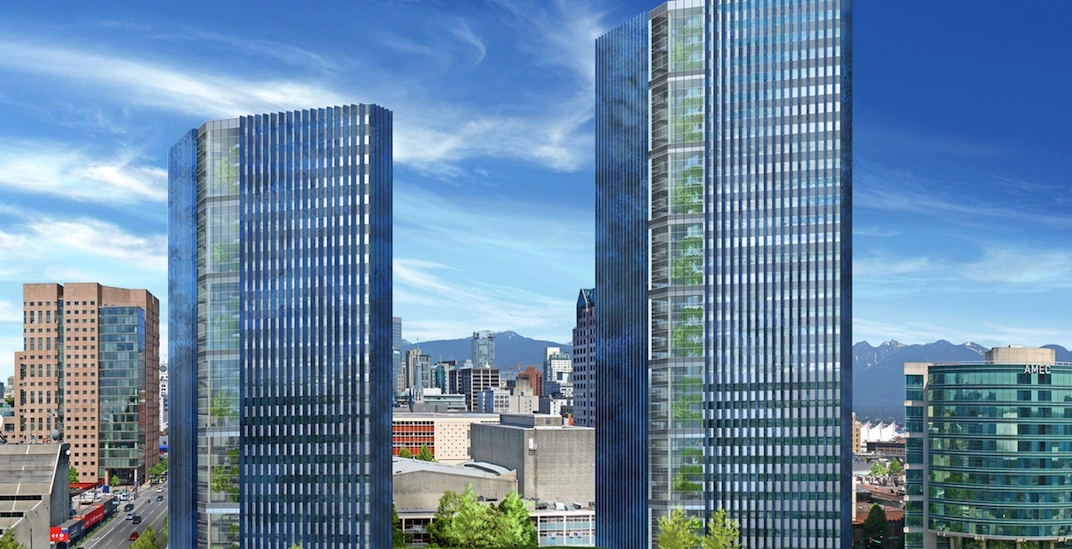 Approximately a decade ago, local architectural firm and developer Omicron created a two-tower office development concept for the entire 2.7-acre Larwill Park site, a vacant city-block sized parcel of land that is slated to become the new home of the Vancouver Art Gallery.

The tallest of the two towers was roughly 400-ft-tall, and the total floor area would have provided close to 900,000-sq-ft of office space, making it one of the single largest office developments in the city’s history. 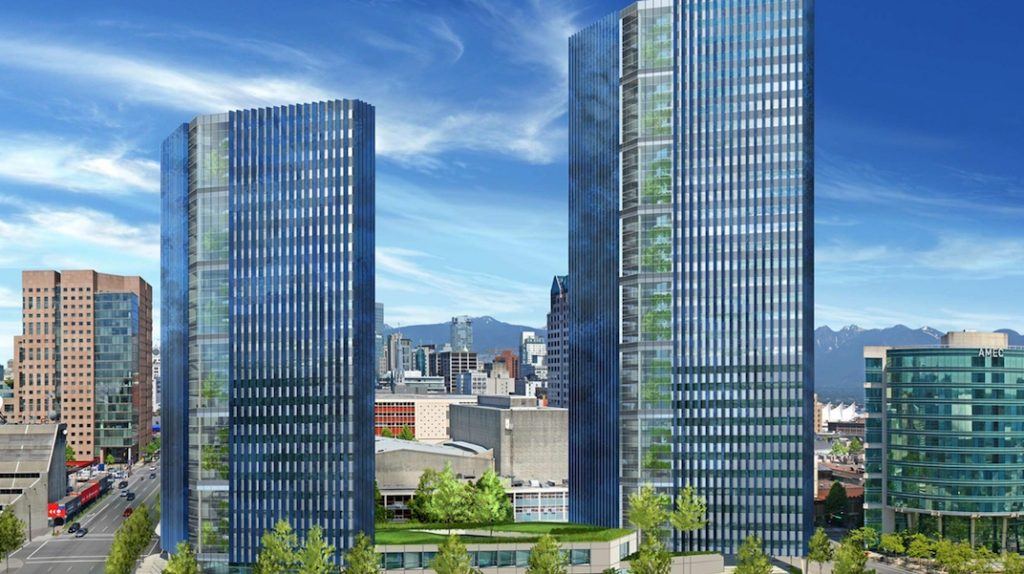 It was envisioned as a super-green building, with green design features such as enclosed wind turbines, vertical living walls, exterior sunshades, and a large array of solar panels that would provide up to 70% of the building’s main energy requirements.

Office workers would have ample common spaces to use, with the southeast corners of the floor plates for both towers utilized as four-to-six storey high sky gardens. Large trees are planted within each of these interior spaces.

Additionally, there would also be a large garden and open space on the podium situated between the two towers.

It was intended to set a new sustainable design standard for office towers in Canada. 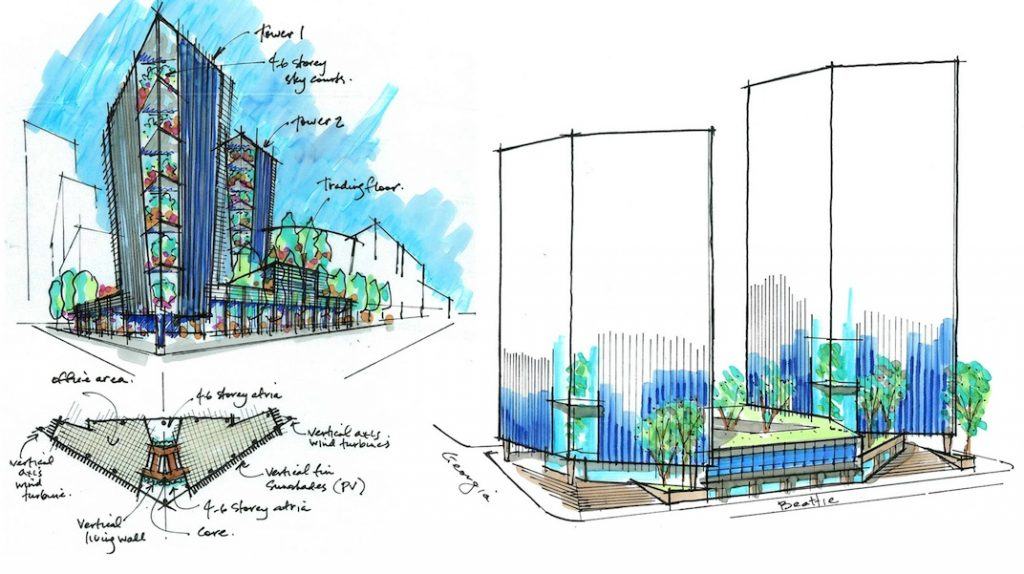 The design for a new major office complex on a central location was ambitious as Omicron’s client, an unnamed company, sought to attract international talent and consolidate its operations under one roof. At the time, this company was occupying leased and owned buildings elsewhere Metro Vancouver.

“This project was done as a concept and feasibility project only,” Karena Selnar, a spokesperson with Omicron, told Daily Hive.

“Years ago, one of our clients was looking to consolidate their office downtown and we provided them with a potential option for how that could work. It didn’t go anywhere, so it was truly just a conceptual idea.”

A large portion of Larwill Park is, of course, slated to become a new purpose-built, $350-million museum building for the Vancouver Art Gallery. The City, which owns the property, agreed to the site’s usage for a new museum in 2013, and the wooden pagoda conceptual design by Swiss architectural firm Herzog & de Meuron was unveiled in 2015. 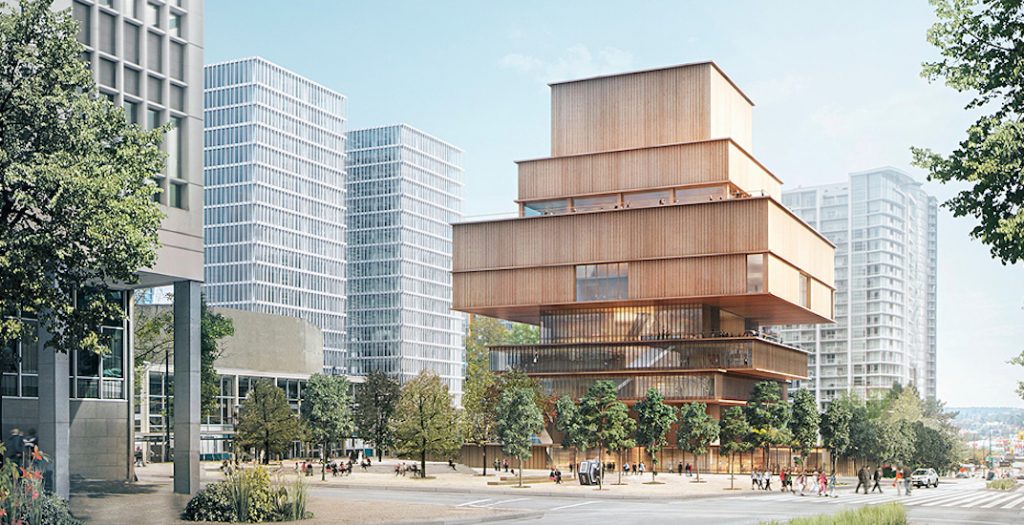 However, the northernmost one-third parcel of Larwill Park, fronted by Dunsmuir Street, is intended to become two office towers with a combined total floor area of 600,000-sq-ft of office and retail space. Over the interim, the City plans to use this future office parcel for temporary modular housing for the homeless.

Correction: A previous version of this article stated this may have been one of the original concepts of the TELUS tower, but that is no longer the case.