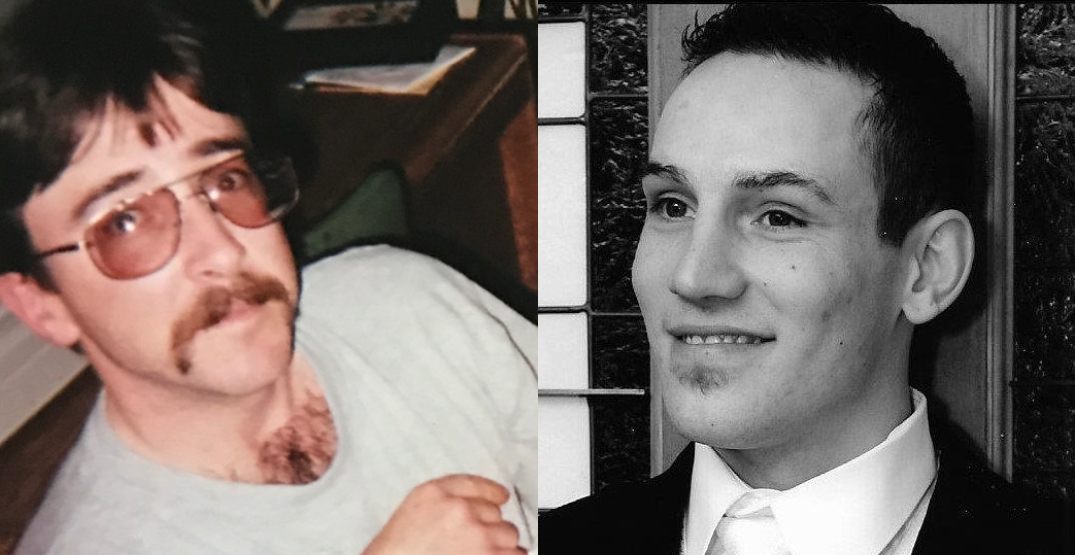 Paul David Wynn and Steven Furness will be remembered for the kindness they expressed in the Langley community and the stories they shared with those lucky enough to cross paths.

This week has been a devastating time for the community of Langley as many mourn the tragic shootings which claimed two lives and injured two on Monday.

British Columbians woke up to an alarming emergency alert on Monday morning as police responded to the incident.

The victims were found in separate locations.

“Paul was the poster child of the family. He worked so hard for everything he had,” his family says in an IHIT release Thursday.

“Hopefully, Steven’s tragic death will put a spotlight on the plight of the homeless and vulnerable in society. Love from your family,” his family said.

Kim Snow, with Kimz Angels — a group that provides support to vulnerable communities in Langley — tells Daily Hive she is heartbroken after hearing the tragic news, especially after knowing Wynn, Furness, and the woman in critical condition still in the hospital.

She says she’s known the victims for 15 years.

“[These are] amazing people, kind. The only thing they wanted to do was fit right in. That’s all they wanted, is just to be part of a community,” she said.

In the years Snow knew Wynn and Furness, she says it was heartbreaking to see how much they just wanted to better their lives but were not given the opportunity.

“I remember them for their kindness. They had something to share. They told you their stories. They all have so many stories. If you just hear them, you just want to pick them up and hug them and just say, ‘I’m gonna save you.’ [Kimz Angels] always say we’re trying to save one silently suffering soul at a time. I wish we could have saved them. But we couldn’t.”

“We’ve learned that there are those in the community looking for their friends and loved ones wondering if they were victims,” Sgt. David Lee of IHIT said in a statement. “We hope that this identification helps the public awareness of who was involved and to assess if there are other unaccounted for.”

The two surviving victims from Monday’s shootings have been identified and their families have been contacted, IHIT says.

A 26-year-old woman shot was transported to the hospital and remains in critical condition. Another man, who is also 26, had non-life threatening injuries and is in hospital.

The alert said the incidents targeted “transient victims”; however, in an update, IHIT said the motive and relationship between the suspect and victims is not clear.

Because many unhoused people frequent the multiple locations the victims were shot, it has been raising concerns among community groups that they were targeted.

Snow says this week she has seen this vulnerable community that’s already felt unsafe before this incident, have their fears magnified.

“Extra edge of fear” as alerts came down

Stephen D’Souza, the executive director of the Homelessness Services Association of BC (HSABC), said people who are homeless and run outreach programs were filled with fear Monday as the last alert notifying locals the incident was resolved didn’t come down for several hours later.

“Everything had an extra edge of fear,” he said. “But that is pretty much a constant when you’re unhoused. It’s not something that really ever goes away. One of the hardest parts of being unhoused is the constant threat that you face from the community, the constant threat that you face [from] bylaw enforcement officers, from police, from people that are supposed to be keeping people safe. Instead they represent a significant harm.”

This tragedy does not come as much surprise to Snow.

“They always felt unsafe because… They’re not treated fairly and they’ve been pushed around and they have no safe place to stay.”

Monday’s incident will be reviewed, and City of Langley Mayor Val van den Broek says there will be debriefs to discuss “what went right, what went wrong.” Recommendations and changes will be made accordingly.

The suspected shooter has been identified as 28-year-old Jordan Daniel Goggin.

Goggin, who was known to police but had non-criminal contact, “was engaged by police and shot.”

Anyone with information about these shootings are asked to contact the IHIT Information Line at 1-877-551-IHIT (4448) or by email at [email protected].