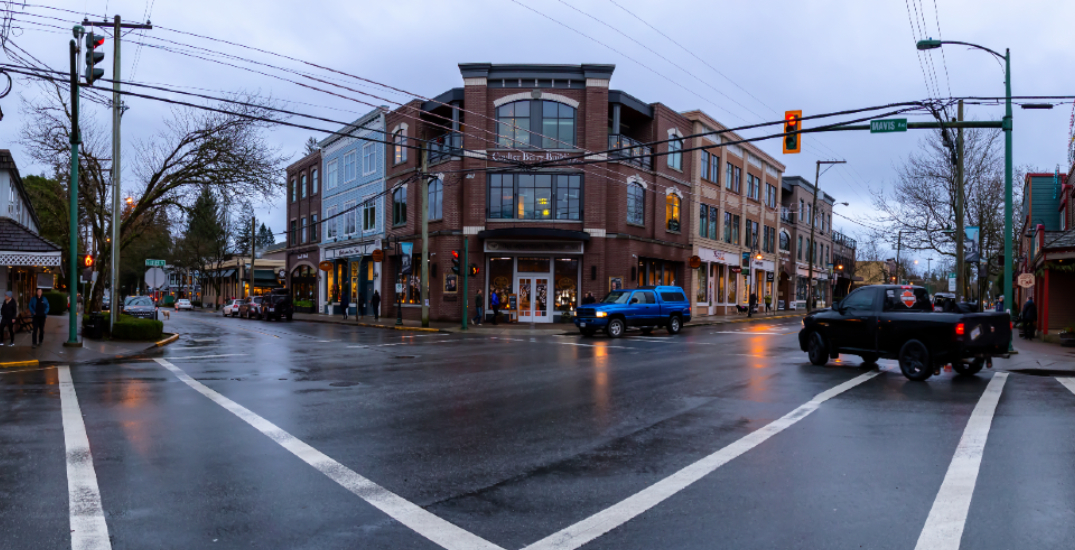 Update: Another alert from the RCMP notes that police officers have interacted with the suspect and he’s no longer considered a threat. Efforts are underway to determine if this is the only suspect involved. People are still being warned to stay alert and out of the area.

The RCMP sent out an alert after multiple shootings were reported in Downtown Langley on Monday morning. Many residents received the alert around 6:20 am PT, waking up in terror.

“MULTIPLE SHOOTINGS IN THE DOWNTOWN CORE IN THE CITY OF LANGLEY WITH 1 INCIDENT IN LANGLEY TOWNSHIP INVOLVING TRANSIENT VICTIMS,” the alert read.

Sergeant Rebecca Parslow of the Langley RCMP told CBC that as of now, officials believe the attack was targeted — most of the victims were homeless. 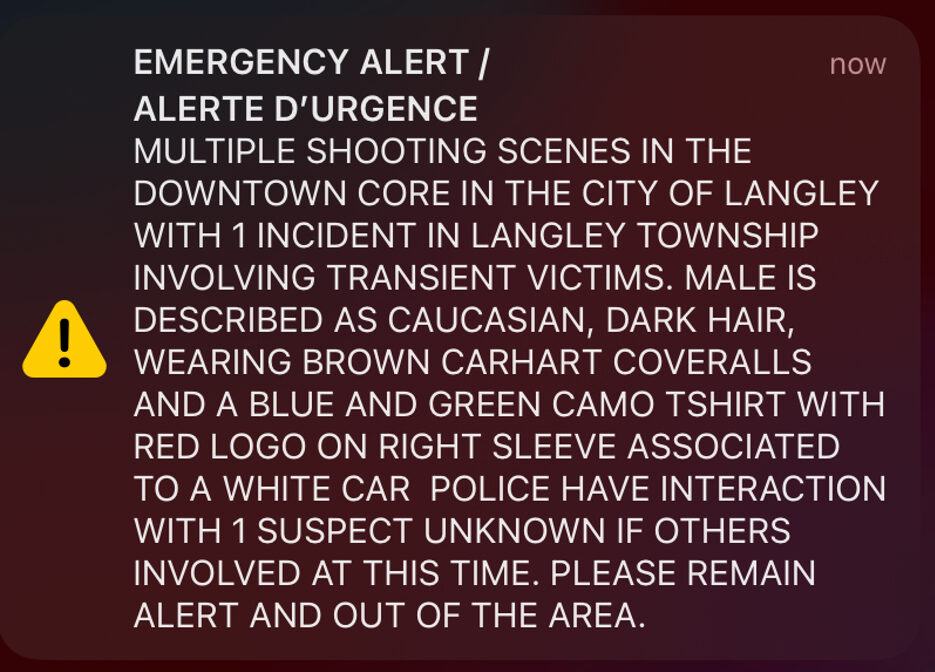 “MALE IS DESCRIBED AS CAUCASIAN, DARK HAIR, WEARING BROWN CARHARTT COVERALLS AND A BLUE AND GREEN CAMO T-SHIRT WITH [A] RED LOGO ON RIGHT SLEEVE ASSOCIATED TO A WHITE CAR,” the RCMP added.

Law enforcement officials further said they had interaction with one suspect and do not know if other suspects are involved, as of now. They’re warning civilians to stay out of the area.

“This is an active investigation with multiple areas of the Langley City and Langley Township closed to the public,” Sgt. Parslow wrote in a news release. “We are asking the public to stay out of the following areas: 200 street and Langley Bypass; Parking lot of Cascades Casino located at Fraser Highway and 204 Street, Langley Bus Loop located a Logan Avenue and Glover Road.”