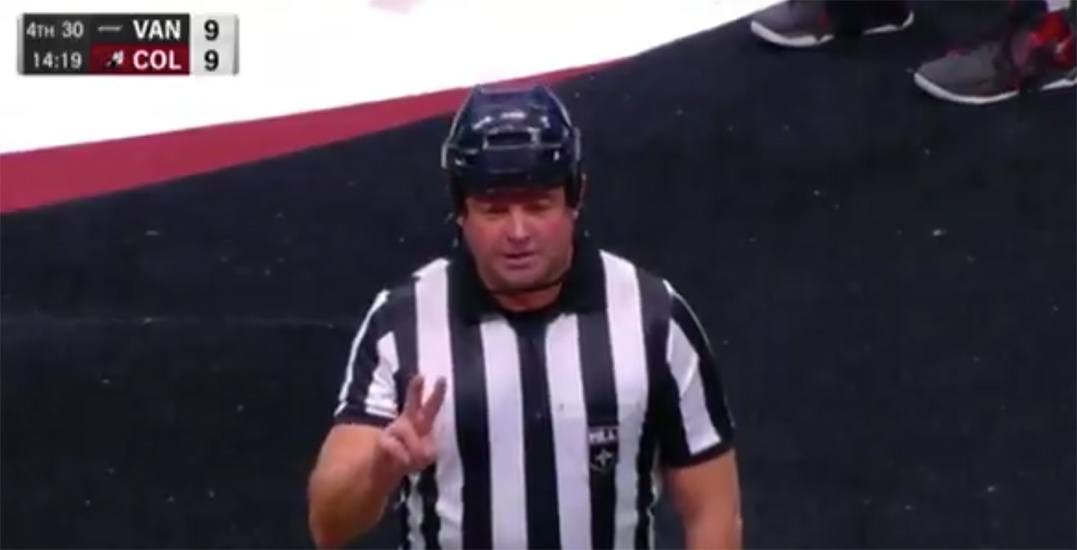 In the world of professional sports, it’s often up to the referees to keep the peace during the heat of a game.

It’s also their duty to lay down the law and take control of the match in critical moments.

For some referees, however, they’ve taken it upon themselves to add some personality and flair to the more stressful moments – see NHL ref Wes McCauley.

The latest referee to become a household name is Todd Labranche, a lacrosse referee in the National Lacrosse League (NLL).

In a lacrosse game that included the Vancouver Stealth taking on the Colorado Mammoth, Labranche issued a hilarious pair of two-minute penalties in the fourth quarter of the game to Vancouver’s Rhys Duch and Colorado’s Eli McLaughlin.

Reason for the penalties?

“To think about what they’ve done.”

Even the commentators didn’t know how the penalty would be written up; it’s pretty evident that such a call doesn’t exist in your traditional rulebook.

A box score later revealed that both players would be written up for checking from behind.

The game remained close until the fourth quarter when Vancouver scored with less than two minutes to go. They beat Colorado 13-12.