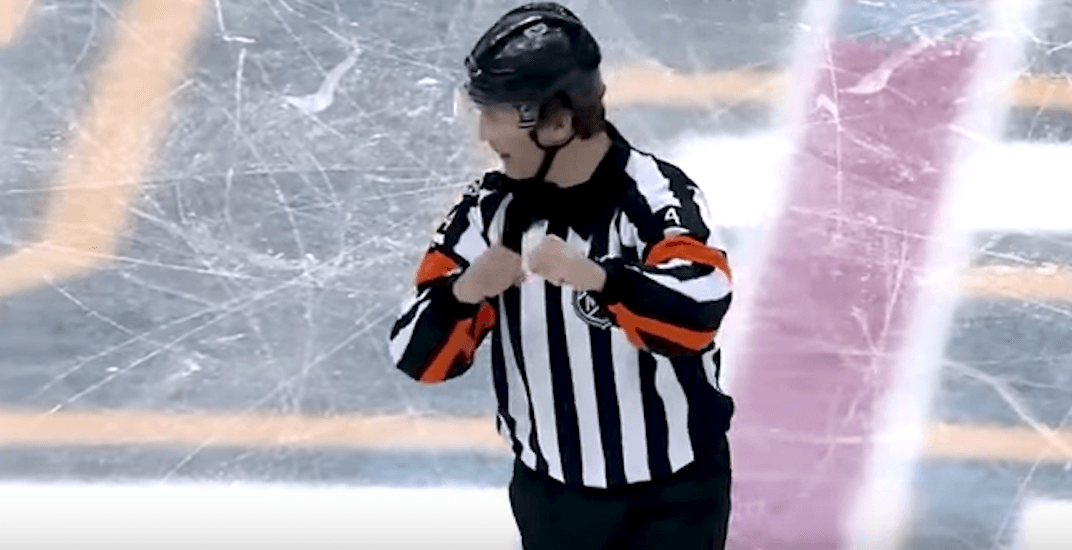 If you haven’t heard of NHL referee Wes McCauley, you need to get acquainted with him right this instant.

In a sport that struggles to showcase the personality of its star athletes, McCauley has taken matters into his own hands. As an on-ice official, his dramatic calls have made him the most famous and beloved referee in the eyes of hockey fans everywhere.

Here are seven of his most memorable moments.

McCauley’s flare for the dramatic has been well known for a while now, but the All-Star Game this past weekend gave him an even bigger stage. Watch as he decides to strut his stuff for an offside review.

Even the robotic Sidney Crosby couldn’t help but laugh.

The bench sure enjoyed that Wes McCauley "NO GOAL!" call. pic.twitter.com/mc9OWcLwGD

One of Wes’ first forays into the public eye, this video from 2016 foreshadows all the classic traits we’ve come to love from the most entertaining referee in the NHL.

3. He has a flair for the dramatic

No one makes better use of the dramatic pause than Wes McCauley.

In a game between the Boston Bruins and Montreal Canadiens, Wes McCauley gives an emphatic fighting call worthy of being in a Mortal Combat game.

Like any good actor, Wes McCauley has some incredible range as shown in this clip involving the Florida Panthers.

6. He can show his lighter side as well

Most NHL referees would get very rattled if their mic didn’t work. But not our boy Wes.

Wes McCauley has ice running through his veins when he calls big games, as shown in this clip from last year’s Stanley Cup playoffs.

Wes McCauley had another classic review call in the first period pic.twitter.com/1H4jGYhF7h